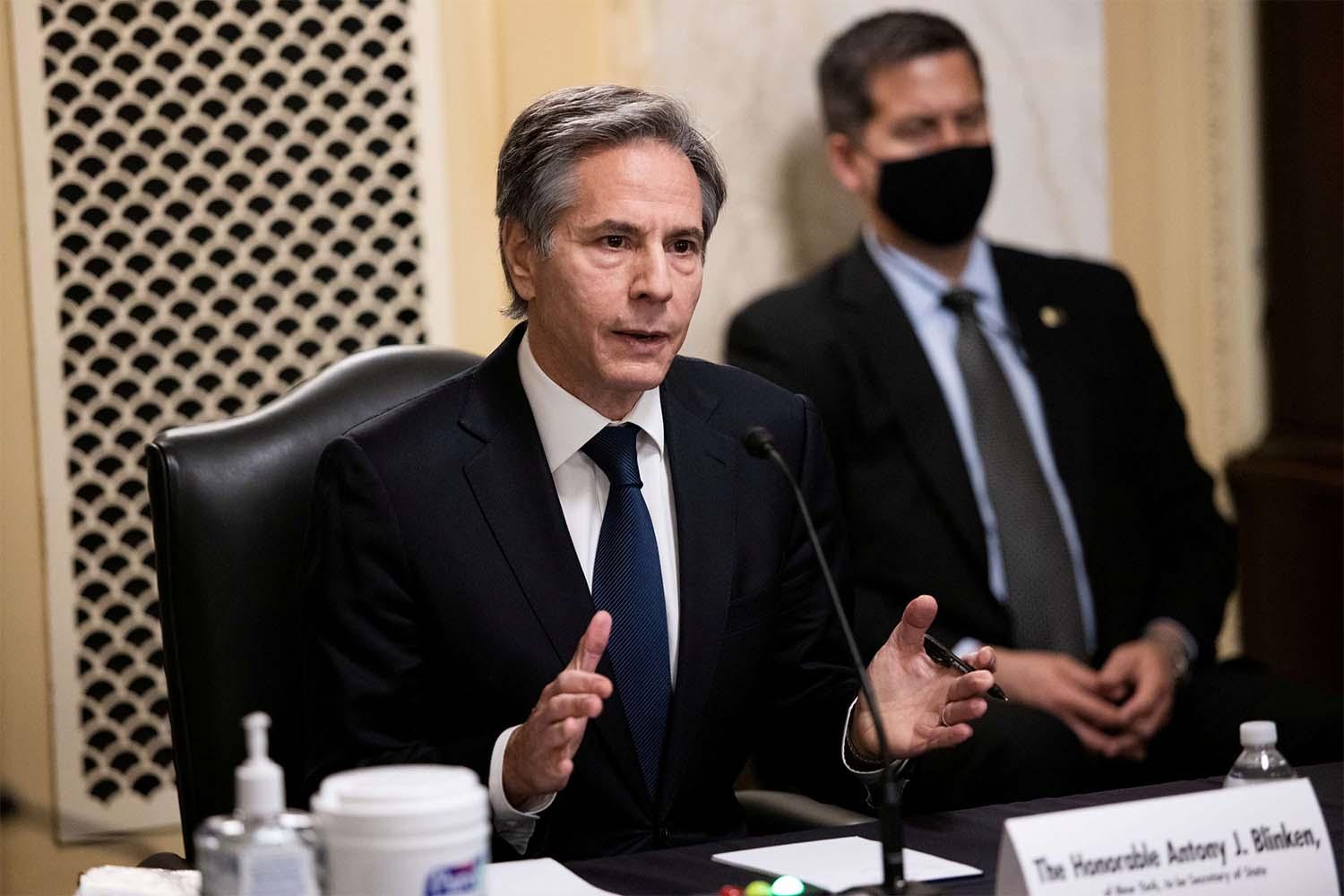 The United States Senate has confirmed Antony Blinken, President Joe Biden’s nominee for Secretary of State. Blinken is a very well-known figure in Turkey as well. Under Barack Obama, he particularly had taken part in the negotiations with Syria, ISIS and the Syrian Democratic Forces (SDF), and visited Turkey after the July 15 coup attempt. Blinken had come to the fore last week, after he called Turkey a “so-called strategic partner”.

According to the decrees issued under the signature of President Recep Tayyip Erdogan, Feridun Hadi Sinirlioglu was appointed as Key Adviser to the President and given the title of ambassador, and was appointed as the Special Representative of the Permanent Representation of the Republic of Turkey to the United Nations (UN).

Comment:
The new government in the US, shaped after the election of Biden as President, seems to directly affect the US-Turkey relations in the new era. Because the two separate news above support this. New US Secretary of State Antony Blinken answered the questions of the senators and clearly said the following about Turkey in his speech during the nomination session on January 19: “The idea that a strategic – so-called strategic – partner of ours would actually be in line with one of our biggest strategic competitors in Russia is not acceptable.” Certainly, this statement of Blinken is about the S-400 air defense systems Turkey bought from Russia, but this message means more than the S-400 issue. Because the fact that Turkey bought the S-400 air defense systems from Russia, happened within the knowledge and permission of the US. It would not be right to consider this Trump’s favoritism towards Turkey, this is the favoritism of the US. The US has effectively used Russia and Turkey in the Syrian peace process. On the other hand, it said nothing to Russia and Turkey on the sale of S-400. Now that things are developing in Syria in favor of the US, it will no longer need Russia and Turkey as much as before. In cases where it needs them, it will put forward the S-400 card against Turkey. It will put pressure on Turkey to use a more political language and develop a political stance on the PYD-YPG issue. Because Blinken supports ‘the new American strategy” where PKK is being melted within YPG, in other words, in a way where its package is being changed and the international legitimacy base is being strengthened’.

When we consider Turkey’s 2-3-year security policy in the armed struggle with the PKK, Turkey’s strategy against the PKK and the policy it will follow for PYD-YPG will be different in the next period. Because Turkey has steps that refer to the fact that it will move in this direction. Feridun Sinirlioglu’s appointment as Key Adviser to the President is one of these signs.

Who’s Feridun Sinirlioglu? Feridun Sinirlioglu is someone who served as ambassador in many countries, worked as a bureaucrat for many years, consulted in institutions such as the Prime Minister’s Office and the Presidency, most importantly, someone who was Turkey’s Tel Aviv Ambassador between 2002, the first year AK Party came to power, and 2007, and more importantly, someone who was Undersecretary of Foreign Affairs in the Obama era and Foreign Minister for a short period… In other words, he is one of the rare American bureaucrats raised by Turkey’s foreign office. With Biden’s election, Feridun Sinirlioglu is important to President Erdogan because of the relations that will work through institutions rather than the US-Turkey relations that will work on leaders-persons. As the President has full authority in a presidential system, Erdogan will consult with Sinirlioglu on his new relations with the US.

So what kind of changes can Sinirlioglu bring to Turkey’s foreign policy in US-Turkey relations? Because Turkey is not independent in foreign policy, there will be no change between the old and the new situation except for the difference in style. However, the new era foreign policy seems to affect Turkey’s steps in domestic policy against the AKP and especially the People’s Alliance. Because there are many similarities between the new US Secretary of State Antony Blinken and Erdogan’s new foreign policy adviser Sinirlioglu in Turkey-‘Israel’ relations and Turkey’s view of the PYD-YPG.

For example, Turkey-‘Israel’ relations are one of these… The view on PYD-YPG is also one of these… Sinirlioglu made a statement regarding the PYD in 2015, when he became Foreign Minister. He said that PYD is a party like HDP. Feridun Sinirlioglu, who spoke to Verda Ozer from the Hurriyet Newspaper in that period, made statements about Syria, cross-border operation, fight against ISIS and PKK. Sinirlioglu said, “We should differentiate between the PYD and the YPG. The YPG is equivalent to the PKK, which is on both Turkey’s and the US’s lists of terrorist organizations. The PYD, however, is a party, just like the HDP in Turkey. The YPG is its armed wing. But the PYD doesn’t hold arms in its hands”. When we consider this statement from today’s point of view, you can see it as a very bold statement, but when we consider it for 2015, it was a statement that Erdogan and the AK Party supported and adopted. It is not so clear how long the AK Party and Erdogan can continue their 2023 election policy, in which they consider the HDP as a terrorist organization, under these circumstances.

In short, the policy Turkey maintains in a way dependent on the US regarding the foreign policy, has so far made no contribution to the interests of Muslims and so it shall be. We have seen it in Syria, we have seen it in Palestine, Libya and Egypt. This foreign policy, which is dependent on the US, causes the AK Party and Erdogan to make zigzags, rhetorical and political change in domestic politics. In a slavery order that has put its rope in the hands of its master, politics can only be done so much. They allow you to speak today, but let you swallow your words tomorrow.