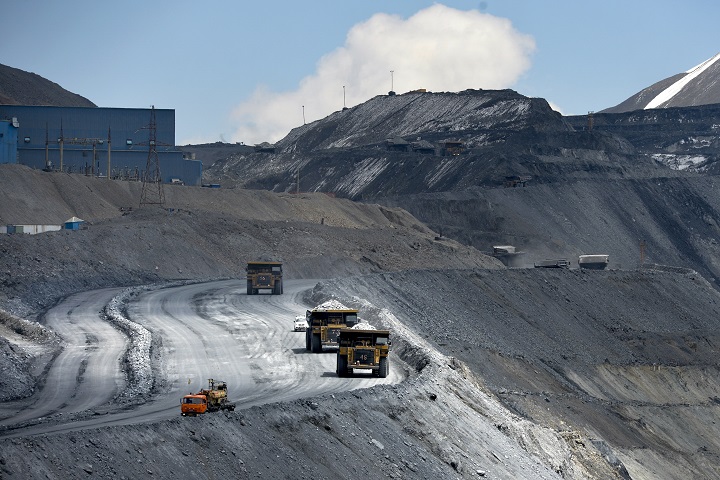 On April 4, President of the Kyrgyz Republic Sadyr Zhaparov addressed the people of the country. The appeal says – “Good evening, dear Kyrgyzstanis! My glorious people! Holy Motherland! The reason for my live address today is that we can announce to the Kyrgyz people and the entire world community that the Kumtor mine has been completely and irrevocably returned to our Motherland. A settlement agreement has just been signed with Centerra. Thus, we were able to ensure the complete and irrevocable transfer to Kyrgyzstan of our largest national asset – the Kumtor mine. This means that Kumtor is wholly owned by Kyrgyzstan! Without any exaggeration, I can say that today will go down in the history of our country as a turning point.”

Comment:
CenterraGoldInc. Kumtor is one of the largest high-mountain gold deposits in Central Asia, located in the Issyk-Kul region of Kyrgyzstan, where 15-17 tons of gold are mined annually. The mine was developed by the Canadian company Centerra Gold Inc.

For almost 20 years, foreign companies have been mining gold in the country, paying scanty dividends to Kyrgyzstan. Every year, the local news brought up the problem of environmental pollution, due to the criminal handling of chemicals used in gold mining, which simply poured into local rivers. The Ministry of Health has repeatedly stated that the local population was poisoned by these chemicals. According to experts, the damage to the local ecology is more than $3 billion. Equipment that has worn out over decades will also need to be purchased new, which means more purchase and installation costs.

It turns out that foreign companies, without the cost of mining gold and disposing of chemicals, have been stealing Muslim gold for a long time. And when it came time to buy new equipment, fix the damage caused to nature, they got rid of the broken car, which they received for free. Naturally, payment for new equipment, cleanup and revival of the environment will fall on the shoulders of taxpayers, that is, on the neck of the Muslims of the country.

This is the reality of the capitalist system of government. The colonizers use their power to colonize our lands and plunder our natural resources. Our rulers, at this time, are trying to present themselves as defenders of the people and allegedly pursue our interests.

Today, Kumtor has passed from the hands of one fraudster to the hands of another fraudster. The pennies transferred by foreign companies from gold mining were stolen by officials and politicians of the country. Today, the deposit has passed into the hands of the same corrupt politicians and officials who have long ago organized a scheme to steal money. That’s just the cost of construction, protection and cleansing of the environment, etc. lay down and will fall on the neck of the country’s Muslims.

Regarding natural resources, Abu Dawood reported from Ibn Abbas that the Messenger of Allah (saw) said:

“Muslims are co-owners in three things: water, pasture and fire.”

The same hadith was narrated by Anas with the addition

“… and their sale is prohibited.”

»“Three things are not forbidden to people: water, pasture and fire.”

This indicates that people are co-owners in water, pasture and fire, and that it is forbidden for a private person to take ownership of them.

The mineral deposit is public property, including gold. Neither a private person, nor a state, much less a foreign state, has the right to appropriate it. Only with the establishment of an Islamic state Khilafah (Caliphate) with Shariah rule can we return public property to its true masters, the Islamic Ummah.

Muslims! Hizb ut Tahrir is working on the revival of the Second Righteous State of Khilafah according to the method of Prophecy. Join and strive for the pleasure of your Lord! And may Allah help us!

“O believers! Respond to Allah and His Messenger when he calls you to that which gives you life. And know that Allah stands between a person and their heart, and that to Him you will all be gathered” [8:24]