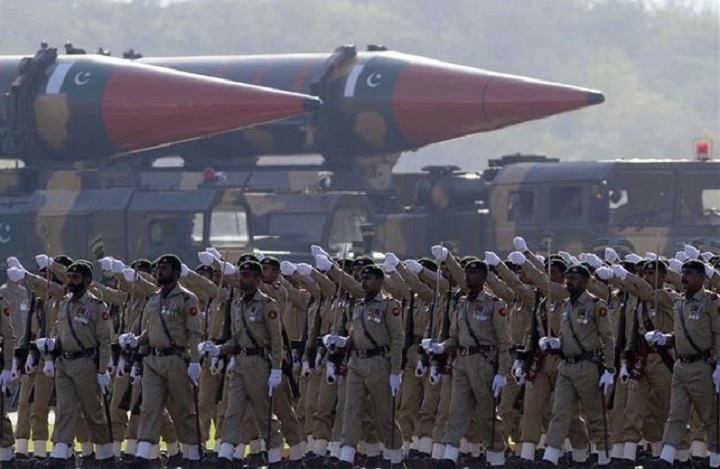 The Muslims of Occupied Kashmir do not need routine official statements on 5th February, Kashmir Day. The Muslims of Kashmir have been in need of military mobilization to liberate Srinagar ever since the forceful annexation of Occupied Kashmir by Modi on 5th August 2019. However, instead of supporting Muslims of the Valley, Pakistan’s rulers have prohibited Jihad in Kashmir, persecuted Kashmiri Mujahideen and starved them of desperately needed financial support.

Moreover, the recently announced National Security Policy has doomed Kashmiri Muslims to suffering at the hands of the Indian Army by refusing to declare military support for Kashmir. The National Security Policy (NSP) strictly confines Pakistan to “moral, diplomatic, political, and legal support to the people of Kashmir.” When it is clear that the international community is fully supporting India in its aggression against Muslims of the Valley, the NSP still calls for the Kashmiris’ “right to self-determination guaranteed by the international community.” Whilst nothing other than the blood, fire and steel of our officers and soldiers will liberate Kashmir from the Raja Dahir of our time, Modi, the NSP instead commits to “a just and peaceful resolution of the Jammu and Kashmir dispute.”

O Muslims of Pakistan in General and­ their Strategic Community and their Armed Forces in Particular! Allah (swt) commanded us,

“Kill them wherever you come upon them and drive them out of the places from which they have driven you out.” [TMQ Surah Al-Baqarah, 2:191].

So, ensure that Allah’s (swt) command is fulfilled! The only obstacle to the liberation of Occupied Kashmir are rulers that have restrained our armed forces and intelligence from mobilizing to liberate Kashmir. It is upon us to demand from our fathers, brothers and sons in Pakistan’s armed forces that they grant their Nussrah to Hizb ut Tahrir for the immediate re-establishment of the Khilafah (Caliphate) on the Method of Prophethood (saw). It is only then that we will rejoice as our troops deliver a resounding victory for the Islamic Ummah, under the leadership of a Khaleefah Rashid (rightly guided caliph) and liberate Occupied Kashmir from the clutches of the Hindu mushrikeen. Allah (swt) said,

“Fight them. Allah (swt) will punish them at your hands, and humiliate them, and help you against them, and heal the hearts of a believing people.” [TMQ Surah At-Tawbah 9: 14].