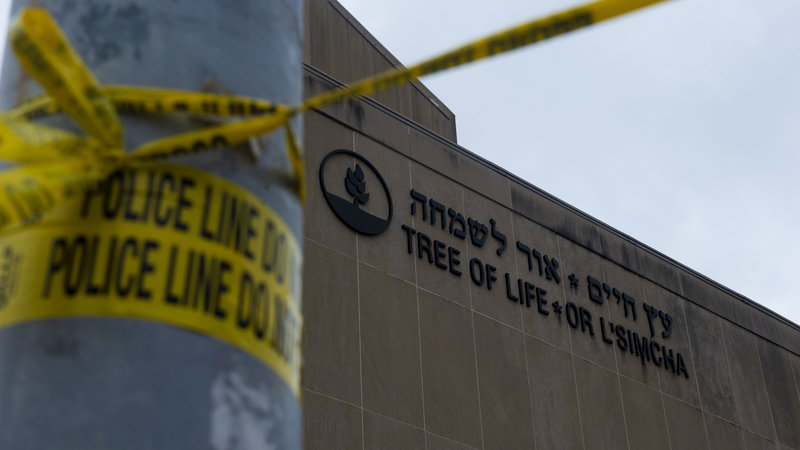 Two Muslim organizations have raised nearly $200,000 to help victims and their families following the shooting massacre at the Tree of Life Synagogue in Pittsburgh on Saturday.

The online fund-raiser was part of a broad outpouring of assistance in response to the anti-Semitic attack, which killed 11 people and left six others injured, including blood drives, vigils and a separate crowdfunding campaign that has raised hundreds of thousands of dollars.

Tarek El-Messidi, a Chicago-based activist, said he learned of the synagogue shooting in a call Saturday morning from a friend who runs the Muslim fund-raising website LaunchGood. His friend asked Mr. El-Messidi if he could do something to help the victims, and he agreed. (Source: New York Times)

Islam is a noble and holistic Deen which encourages the upkeep of good community and neighbourly relations. To limit noise, litter and be concerned for the welfare of our community regardless of race or religion is mandatory and commendable.

However when unfortunate incidents occur, like the recent shootings in the Pittsburg Synagogue, or as we have seen in the past when churches have been attacked and burned down, or when cemeteries have been vandalised; we must question why and how our support should manifest.

As we know, charity and community are important aspects of Islam. However we must ask before acting, whether it is even permitted for us to build or contribute to the building of the places of worship for other religious groups. Also if there is really a need to pay for funerals of the kuffar? Is it a reactionary gesture or an essential sadaqa because there are no relatives, friends, people of their own religious community, and no state structure that can help?

The collective questions should be, is it our duty? and if so, is it mandatory? given our urgency to fulfil it – and are we also engaging in our responsibilities towards our global Ummah, by speaking about the problems and Islamic solutions which are vital to our own accountability before Allah (swt), our success as an Ummah and some relief for our brothers and sisters?

Are we honestly raising funds, our voices and pens, with the same zeal for relief in Rohingya, Kashmir, the CAR, Yemen, Syria or anywhere?

As Muslims in the West, facing daily media and government propaganda which vilifies Islam and Muslims, it’s even more important to engage intellectually by setting straight the false narratives that Muslims are to be feared and Islam is an evil ideology. Aside from the polite conduct, to explain the tenants of Islam and be firm in abiding by the Islamic identity is paramount to maintaining our duty to Allah (swt). We should think beyond short term quick fix solutions and shallow ideas that temporarily impress the masses, but yield no result in honouring the Deen of Islam as a whole.

And we should be politically savvy enough to know that after years of such actions, our situation at home and globally as “the other” has worsened not improved.

As Muslims in the West, it is essential to be brave and stand for the truth with full knowledge that Allah (swt) is our protector and maintainer. The ayaat of Quran we meticulously study and share on WhattsApp groups should motivate and transform us as into people who have clearly understood the lessons from the tests of the past prophets and their communities; of the Bani Israel and their constant disobedience, compromise and cowardice, of the might of Allah ‎(swt) as in Surah Yasin…

“Say: (O Muhammad) “He will give life to them Who created them for the first time! And He is the All-Knower of every creation!” * He, Who produces for you fire out of the green tree, when behold! You kindle therewith. * Is not He, Who created the heavens and the earth Able to create the like of them? Yes, indeed! He is the All-Knowing Supreme Creator. * Verily, His Command, when He intends a thing, is only that He says to it, “Be!” and it is! * So Glorified is He and Exalted above all that they associate with Him, and in Whose Hands is the dominion of all things, and to Him you shall be returned.”

And His advice to us as in Surah al Ankaboot…

“Do people think that they will be left alone on saying, we believe, and they will not be tried? * Certainly We have tried those before them, and surely Allah knows those who are true, and He knows the liars. * Or do those who do evil think they will escape us? Evil is what they judge! * Whoever hopes for the meeting with Allah, then surely the term appointed with Allah will come, and He is the all-­Hearing, all-­Knowing. * Whoever strives, strives only for himself. Certainly Allah is self­ sufficient, above (the needs of) the worlds.”

Until the second rightly guided Khilafah (Caliphate) on the way of the Prophethood returns the situation for Muslims, everywhere will be in steady decline. We face a conflict of ideas in which the Islamic values have been deemed inconsistent, and the steady reform we unknowingly succumb to is meant to end in the obliteration of Islam, until it’s no more than a vague idea with no clear action.

May Allah (swt) hasten the return of our righteous leader and system. Aameen.