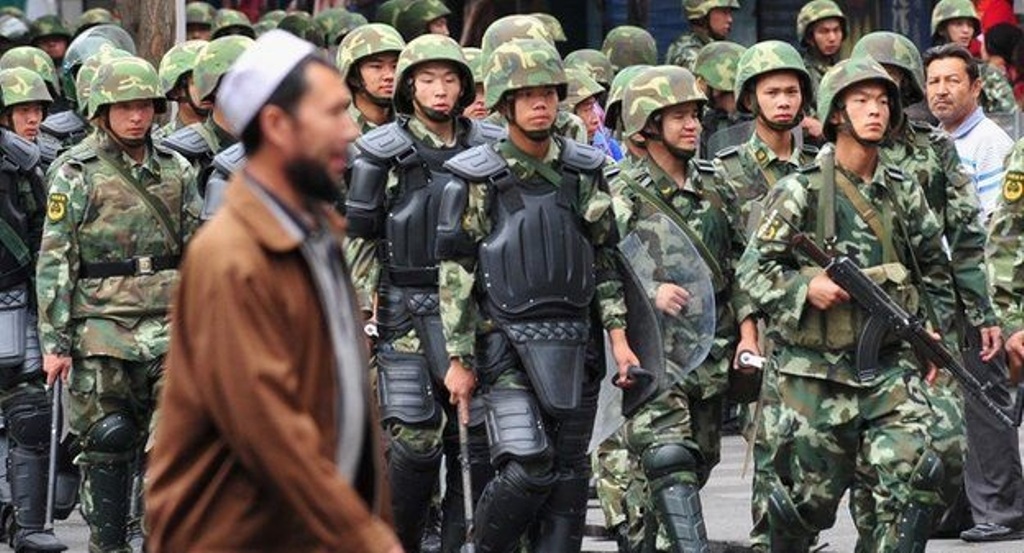 Among the usual trivia that fills the BBC news website, appeared an article detailing some of the worst atrocities of the Chinese government against the Muslim citizens in Xin Yang.

The social media and activism of migrant Uighur Muslims has long been informing the world about the discrimination, detention, forced indoctrination and killing of their relatives who have not managed to escape. All the while Western media has ignored the horrific plight of the oppressed Uighur Muslims, as it does not suit them to make a noise about the consequences of the West’s ‘War on Terror’ – which is really a war on Islam. Occasionally, the pressure of the Uighur activists and other concerned Muslims does force the hand of the Western media and governments to acknowledge the atrocities, even though they are not concerned to do anything about it.

Britain is currently involved in a diplomatic row with China, summoning its ambassador in London to be criticised for the treatment of a handful of demonstrators in Hong Kong, yet the millions of affected Uighur Muslims are effectively ignored and left to suffer, for their Islam.

Muslims in the West should be at the forefront of a campaign to expose the Chinese governments excesses, along with the inhuman nationalist ideology adopted by both the West and China, that is willing to allow millions to remain oppressed, so that a few may enjoy their luxury and privilege unperturbed.

Muslims in Britain should make it a part of their dawah to remind the British people that the world will not end with Brexit, despite the hysteria and all-consuming coverage of it, but China’s oppression and killing of Uighur Muslims is akin to the end of the world for them.