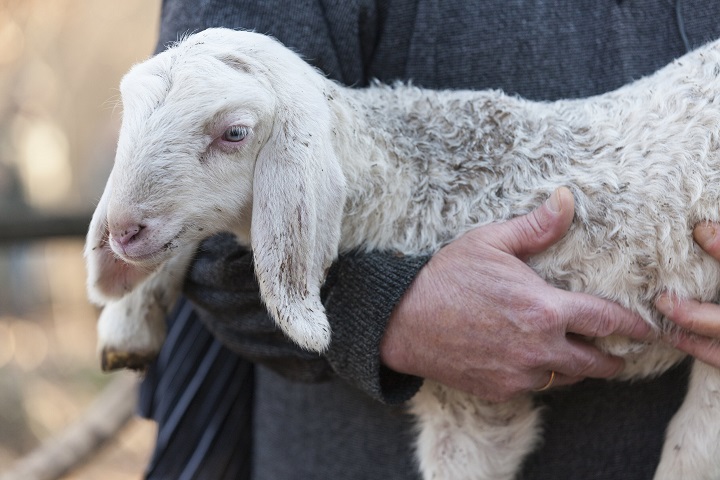 “The Banu Isra’il were ruled by the Prophets. When one Prophet died, another succeeded him. There will be no Prophet after me. Caliphs will come after me, and they will be many.” The Companions said: “O Messenger of Allah, what do you command us to do?” He said, “Fulfill the pledge of allegiance to which is sworn first (then swear allegiance to the others). Concede to them their due rights and ask Allah that which is due to you. Allah will call them to account in respect of the subjects whom He had entrusted to them.” And he (saw) said:

“The ruler is a shepherd and responsible for his subjects.”

Politics in its legal sense is to look after the affairs of the Ummah internally and externally, and it is on behalf of the State and the Ummah. It is the State that undertakes this care practically, and the Ummah is the one with which the state is held accountable. But this concept of politics as patronage has been tangibly lost from the lives of Muslims after the destruction of the Khilafah (Caliphate). Because those who took over our command are servants of the colonial countries, implementing their projects and achieving their interests, and they view ruling as a means of looting and robbery and achieving personal benefits and pleasures, and not a trust and responsibility that they will be held accountable for as understood by Omar Ibn Al-Khattab, may Allah be pleased with him, who was afraid that Allah the Almighty would account him if a mule stumbled because he did not pave the road for it. The misery, hardship and substandard care that befell the woman has befallen the rest of the Ummah under the collection systems/regimes, and these manifestations of the substandard care are felt in all aspects of life and we cannot limit them here. We are talking about the outcome of a century without a state that governs people by Islam, takes care of their affairs, and provides them with a decent life.

We will limit our discussion here to three matters that the Messenger of Allah (saw) considered providing them as possession of the entire world as a metaphor for its importance.

“Whoever among you wakes up physically healthy, feeling safe and secure within himself, with food for the day, it is as if he acquired the whole world.”

Providing a decent life for the subjects by providing the basic needs of each individual such as food, clothing and housing is one of the duties of the state and it is required to take care of their affairs. Article 125 of the Draft Constitution prepared by Hizb ut Tahrir states: “The satisfaction of all the basic needs of all individuals, one by one, must be ensured completely. And to ensure that each of them is able to satisfy luxuries at the highest possible level.” But this did not happen under the tax collecting regimes that stole our provisions and the food of our families and reminding us with the crumbs they have given, and they were not satisfied with that, but they also lifted subsidies on basic foodstuff and commodities such as bread in Egypt, Sudan and other countries to increase the burden on those who hardly earn their daily bread, and to increase the number of the poor and the hungry.

In light of these conditions, how many mothers are miserable and work to feed themselves and their children when the breadwinner is absent, or to help him when he is present due to his inability to provide the basic needs in light of the difficult economic conditions in the Muslim countries?! How many women and children in the Muslim countries suffer from diseases as a result of malnutrition, such as Sudan and Yemen, but rather how many Muslim countries have famines despite their abundance of goods, such as Somalia?! Did Muslim women and their children not starve to death in Somalia, Syria, Yemen and other Muslim countries?! How many families do not find proper housing to protect them from the summer heat and the cold winter, so that some were forced to take the graves as their homes, as in Egypt. And look at the tents of the Syrian refugees and the pictures of their children which pain our hearts as they die from the cold, is sufficient as a description of the situation and there is no power or strength except in Allah, the Most High, the Great.

The care of affairs also includes attention to the health aspect, providing free health care to the subjects, providing health facilities such as clinics, hospitals and health laboratories, and equipping them with advanced tools and devices, medicines and medical staff, “As for health and medicine, they are among the duties of the state to provide them to the subjects, since clinics and hospitals are facilities that Muslims use in healing and medicine. So medicine has become in terms of interests and facilities. And the interests and utilities that the state must fulfill because they are among the things that must be provided in accordance with the saying of the Messenger (saw):

“The ruler is a shepherd and responsible for his subjects.” [Narrated by Al-Bukhari on the authority of Abdullah bin Omar].

This is a general text on the state’s responsibility for health and medical care, so that they are included in the care that is due to the state.” (Introduction to the Draft Constitution, Article 125), but under the tax collecting regimes, treatment has become prohibitively expensive and is not available to everyone. Many curative services and medicines are not available in government clinics and hospitals, and the tax collecting countries have even thought of imposing a tax on the patient on top of the treatment costs that he hardly finds! The Physicians Syndicate in Palestine revealed the Palestinian Authority’s tendency to impose a tax on patients! Not to mention the lack of equipped health facilities and medicines and the lack of health personnel. Didn’t infants and pregnant women die in hospitals in Tunisia, Egypt and other Muslim countries because of negligence and poor care?!

Among the care of affairs is the State’s preservation of security and safety for its subjects internally from all that threatens their security such as aggression against themselves and their wealth, protecting them from any external enemy, and retribution for them from those who have wronged them. As for security, it is one of the main duties of the state. It must provide security and safety for the subjects. Even the state loses its entity if it is not able to preserve its security, and therefore it is a condition in the land of Islam that the Islamic State be able to preserve its security with its forces, and that is why the Messenger of Allah (saw), when he informed the Muslims of the place of their migration mentioned security as the first thing of what was mentioned, so he said to his companions in Mecca according to what Ibn Ishaq narrated in his biography: Allah, the Mighty and Sublime, has made for you brothers and a home that you may feel secure in. Likewise, when the Ansar met the Messenger of Allah, (saw), and his companion Abu Bakr (ra), the first thing they said to them, as Ahmad narrated it with an authentic chain of narrators on the authority of Anas. “Then about five hundred of the Ansar greeted them until they came to them. The Ansar said: Take off in safety and obedience.” Providing the state with security for the subjects is one of its main duties” (Introduction to the Constitution, Article 125). As for the tax collecting regime, the woman lived under police regimes that terrified her and made her in constant fear for herself, her children, her family, her wealth and property, and their prisons were full of chaste women like the prisons of Egypt and Syria for their refusal of injustice and corruption, Moreover, the puppet regimes allied themselves with the colonialists in their wars against Muslim countries, and this was the cause of terrorising women and children, in addition to the destruction they left behind, the loss of lives and property, and the displacement of families from their countries, such as Saudi Arabia’s war in Yemen, instead of facing an enemy, fighting an enemy, or supporting the oppressed.

The time has come for us to uproot the existing regimes in the Muslim countries, and replace them with a state that rules people with Islam and takes care of their affairs with the system that the Lord of the worlds brought down and He Knows Best.

“How could He not know His Own creation? For He ˹alone˺ is the Most Subtle, All-Aware.” [TMQ Surah Al-Mulk: 14]. As a result, a decent life and a comfortable life will be achieved, Allah willing.