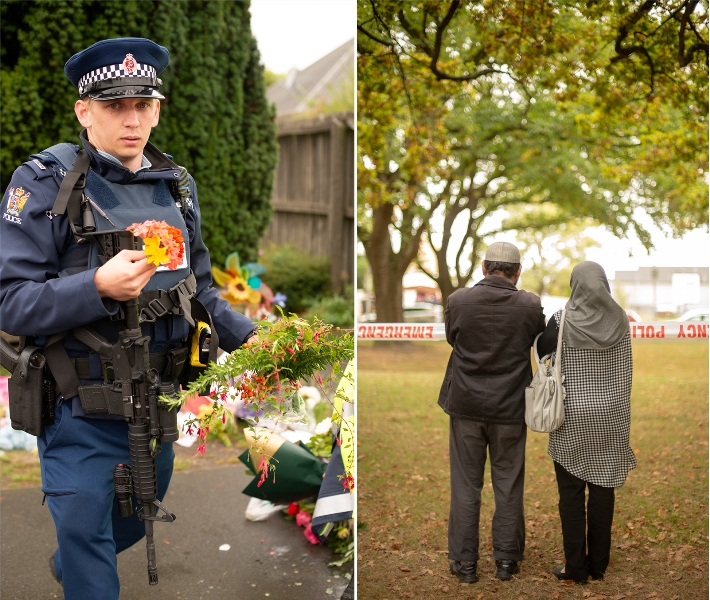 On Friday March 15th, world media outlets reported on a mass shooting and murder of Muslim men praying in two mosques in New Zealand. 49 sincere Muslims attending the Friday prayer duties were shot and killed, with many more injured in the aftermath.

Khaled Mustafa, a refugee from Syria, was killed in the attack on Friday, Syrian Solidarity New Zealand said the following on its Facebook page.

“Khaled Mustafa is a Syrian Refugee who has come with his family (wife and three children) to NZ, which they thought was the safe heaven, in 2018. One of Khaled’s two sons has gone under a six-hour operation last night in Christchurch Hospital.”

This tragedy is not a loss for the sincere martyrs of Allah (swt) informs the believers in Surah Ali-’Imran, 3:169-172 وَلاَ تَحْسَبَنَّ الَّذِينَ قُتِلُواْ فِي سَبِيلِ اللّهِ أَمْوَاتًا بَلْ أَحْيَاء عِندَ رَبِّهِمْ يُرْزَقُونَ “But do not think of those that have been slain in God’s cause a dead. Nay, they are alive! With their Sustainer have they their sustenance.”

Therefore those that were unjustly slain by the agents who side evil and have hatred for Islam are indeed successful. They were killed fulfilling their purpose in life and will be raised, as Allah (swt) promised, in the state of pure Iman and worship. The issue that is in mind should be preoccupied with those that are left behind. The death of a male is a catastrophe for all of the women that are linked to him. Men are the guardians of the females and as such, we must make dua’ for the mothers, wives, daughters, grandmothers, aunties and sisters of those that fell in Sujjud to Allah (swt). The Islamic social system, as organized in the Khilafah, would always make full effort to look after the defendants left behind if a male guardian was no longer available.

However, in the absence of a sincere Islamic ruler, the Khalifa, the Muslim women of the world are left to fend for themselves, financially and socially. None of the current rulers in the Muslim world have any care for the innocent vulnerable women of this Ummah. In fact, they actively help and support in the murder, violation, torture, starvation and abuse of Muslim women and children globally. They allow alliance of the Western nations to use their lands and wealth to arrange bombings and boycotts, never using their millions and armies to liberate the needy. This system of tyranny will never end until the Khilafah returns and these useless leaders and slaves of non-Islamic law are replaced by true leaders of Islam. We, as Muslim women, must not be silent to this error in politics today and only stand as guardians of the method of the Prophet Mohammad ﷺ.