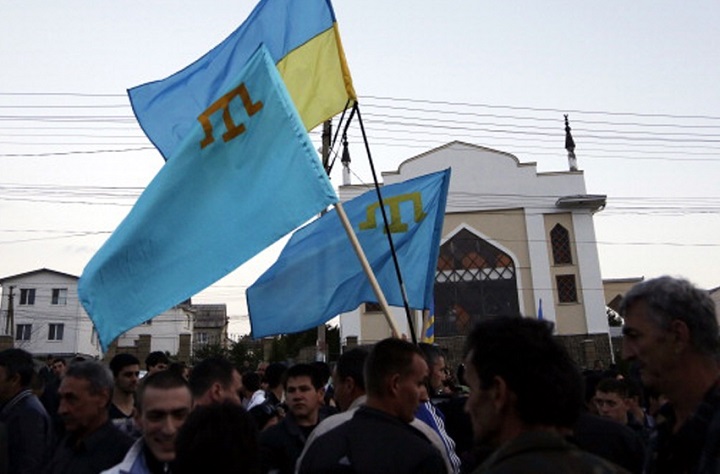 N-World News reported on the 4th of March 2022 that approximately 250,000 Muslims of Tatar origin are affected by the war in the Ukraine. They face discrimination and challenges in asserting their Islamic identity as the expression of the Khilafah (Caliphate) and its obligation is banned in Russia but not the Ukraine directly. The current Russian presence in the region has placed the Muslims of Ukraine in dynamics of threat and attack.

Comment:
This Ramadan, Muslim women and children of Ukraine enter the most holy month in an insecure status where war and attack will be their new normal. The month for deep reflection of their covenant with Allah (swt) to be servants for the truth will be tested to new levels.

The life of a Muslim is never easy in even civilian contexts, but with the violence of war and an enemy actively hunting you down, the Imaan of the believer is truly pushed to a point where only Allah (swt) can provide patience and safety. It is a great shame upon every single ruler of the Islamic lands that a single Muslim is left in open danger, without any means of exit.

In the history of Islam, it was impossible to have Muslims within or outside of the Khilafah in any state of danger. The protection of the life and security of the Muslims is a matter of the highest concern for a true Khalifah. The danger can be in any form such as hunger, natural disasters or physical threat. Even slander and defamation of character are matters that are intolerable in the laws of Sharia.

Currently, no effort or even public announcement has been given by any leader in the Muslim world to aid the women and children of this Ummah trapped in Ukraine. This is a willful act of betrayal that shows how every leader chooses to deny their promise to Allah (swt). The oath of Iman is meaningless and only serving the desires of the enemy of Islam is the greatest priority.

Indeed every one of the leaders in the world has made a deliberate unified oath to agree to silence the work of returning the Khilafah to the world as the correct ruling system for mankind. The false selective humanity and human rights agenda leaves millions to be killed and left hungry due to the secular agenda of the world. We pray for the Muslim women and children in the Ukraine and we work tirelessly so the innocent people suffering in the world can one day see and experience the harmony and safety of the Khilafah without endless insecurity and waiting for real solutions to their problems.