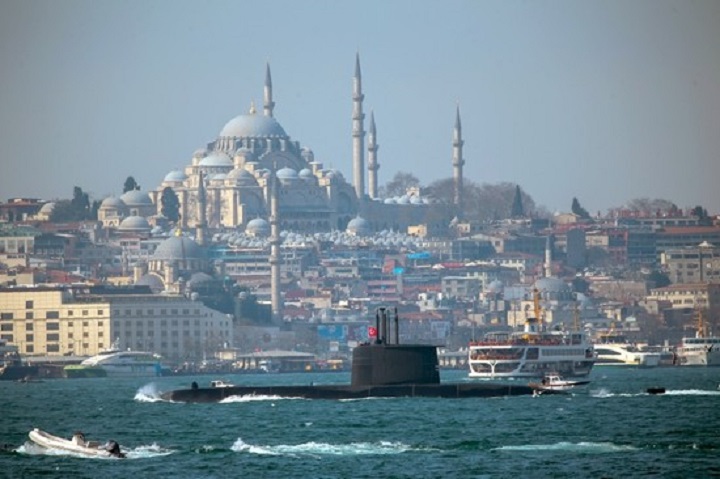 An accelerating arms race in the Indo-Pacific is all but guaranteed now that China finds itself a target of new security arrangements – AUKUS and the Quad – aimed at containing its power and influence.

The region has been re-arming at rates faster than other parts of the world due largely to China’s push to modernise its defence capabilities. In their latest surveys, the London-based International Institute of Strategic Studies and the Stockholm International Peace Research Institute report no let-up in military spending in the Indo-Pacific. This is despite the pandemic. Stockholm International Peace Research Institute notes a 47% increase in defence spending in the Indo-Pacific in the past decade, led by China and India. [scroll.in]

The QUAD and AUKUS agreement, to counter China’s rise means a military power balance in the Indo-Pacific region will come more sharply into focus. Stockholm International Peace Research Institute notes that in 2020, military spending in Asia totalled $528 billion, 62% of which was attributable to China and India. International Institute of Strategic Studies singled out Japan and Australia, in particular, as countries that were increasing defence spending to take account of China. Tokyo, for example, is budgeting for record spending of $50 billion for 2022-’23. Australia’s defence spending stands a tick over 2% of GDP in 2021-’22 at 44.6 billion Australian dollars, with plans for further increases in the forward estimates.

All these military spending indicates the vitality of this particular region. The South China Sea is a very strategic geopolitical locus today. The sea has become a battleground for the great maritime powers, i.e. the United States and China, as well as a location that unites the axis of power of the East and Southeast Asian countries. The South China Sea is one of the hottest issues in the last two decades which is dominated by the maritime boundaries disputes and territorial claims by surrounding countries.

Amidst the various agreement like QUAD, AUKUS, etc… headed by superpowers to contain this region, should bring us to contemplation: What the Muslim nations surrounding this region are doing? Why does weakness always surround the Muslim countries? Why are we only able to be spectators to the show of power of the superpower Kufr countries which has a black mark on historical records of fighting against Muslims and oppressing them? This is even though history has recorded many of the brilliant maritime achievements of the Muslims. One of the earliest achievements occurred in the month of Ramadan 53 H in the era of Father of the Islamic Maritime (Founder of Islamic Navy) – Khalifah Mu’awiyah –namely the conquest of Rhodes Island in the Mediterranean Sea. Rhodes Island is the largest island of the Dodecanese archipelago and the easternmost main island of Greece [currently] in the Aegean Sea.

In fact, the position of the South China Sea bears a resemblance to the position of the Mediterranean Sea in the Middle Ages. Both of them are vital arenas of contestation of the great powers of their time. In the Mediterranean Sea during the Middle Ages, the great powers were Islam, Byzantine, and Latin. So, what’s the difference between that and the situation today in the South China Sea? It is obviously very different. At that time, the Muslims were under the leadership of the Islamic Khilafah (Caliphate) wherein the Islamic maritime vision was strongly present to control and dominate the Mediterranean Sea, while today, weakness is covering all over the Islamic world. This is along with the absence of the core authority of the state in Islam which was caused by the abolition of the Ottoman Khilafah in 1924 and followed by the disunity of this Ummah into many nation-states due to nationalism, as well as the hegemony of democratic capitalism that has become the world order today.

The Islamic maritime vision in the Mediterranean Sea subsequently continued to adopt under the principle of Islamic foreign policy – which is based on the principles of Da’wah and Jihad. The strength of the Islamic fleet of Muslims became one of the great and victorious forces at that time. The climax was during the Ottoman state. There were maritime mujaheed icons for Muslims whose names only were frightening the enemies of Islam. They are Heyreddin Barbarosa, Hasan Khairuddin, Kilij Ali, Piri Reis, Hasan Ath Thusi, Zaganos Pasha, and Turgut Reis. Under the banner of Islamic jihad practically, the Da’wah of Islam spread effectively across the Mediterranean Sea. This strategy has even been seriously prepared since the era of Mu’awiyah bin Abu Sufyan. The pioneering of the Mu’awiyah fleet had a great influence on the Mediterranean Sea, which made the Islamic navy as a real threat to the Eastern Roman empire. During the Mu’awiyah period, for the first time the Islamic forces carried out an expedition to conquer Constantinople. Mu’awiyah managed to position himself as one of the prominent maritime players, not just a spectator like the Muslim rulers today. Masha Allah.

It is time for Muslim rulers around the South China Sea to re-adopt the Islamic vision which will liberate their lands and seas from the submission to the Kuffr, with the supremacy of Islamic laws. It is a vision that makes the encouragement of faith, jihad, and Taqwa as the foundation, not greed and economic colonialism like what happen today. Remember the virtues of jihad in the ocean from the words of the Prophet (saw): «أَوَّلُ جَيْشٍ مِنْ أُمَّتِي يَغْزُونَ الْبَحْرَ قَدْ أَوْجَبُوا»“Paradise is granted to the first batch of my followers who will undertake a naval expedition” [Sahih Al-Bukhari-2924].«غَزْوَةٌ فِي الْبَحْرِ خَيْرٌ مِنْ عَشْرِ غَزَوَاتٍ فِي الْبَرِّ، وَمَنْ أَجَازَ الْبَحْرَ فَكَأَنَّمَا أَجَازَ الأَوْدِيَةَ كُلَّهَا، وَالْمَائِدُ فِيهِ كَالْمُتَشَحِّطِ فِي دَمِهِ فِي سَبِيلِ اللَّهِ سُبْحَانَهُ»“A Ghazwah (maritime expedition) is better than ten Ghazawaat (expedition of battles) upon lands. And whoever permits the sea, it is as though he permitted all the valleys. And the one who suffers seasickness is like the injured who is pouring his blood in the path of Allah.” (Al-Hakim no. 2634 and Al-Tabrani in Al-Mu’jam Al-Kabir.