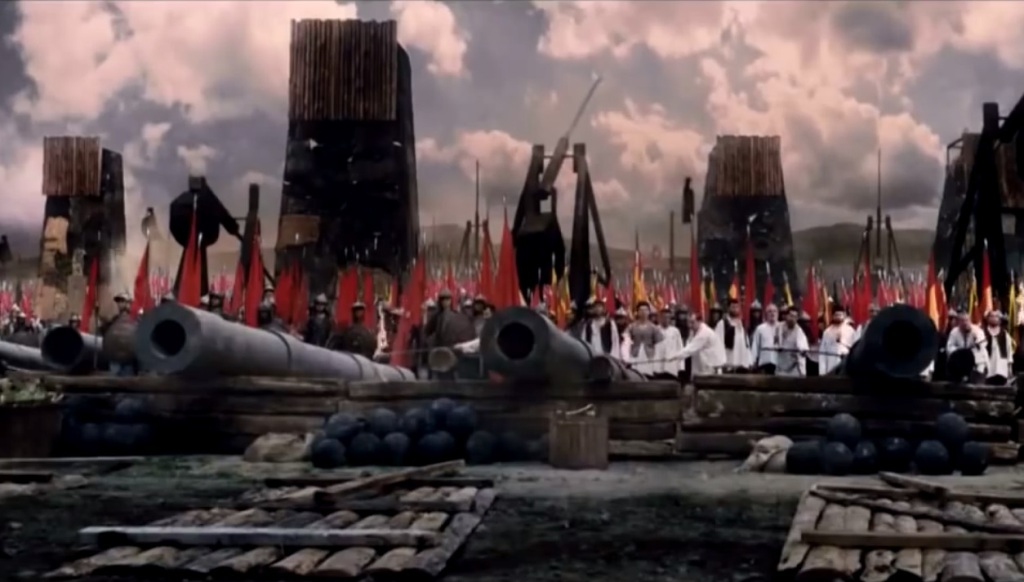 President Trump responded to Iranian missile strikes on US bases in Iraq saying “… Assessment of casualties & damages taking place now. So far, so good! We have the most powerful and well equipped military anywhere in the world, by far! …” Not only did Trump boast of having the strongest military, but he claimed that, “U.S. armed forces are stronger than ever before.” The boasting did not stop there, and perhaps because the US did not look quite as strong as Trump claimed with its forces huddled in underground bunkers built by Saddam Hussein, he went on to tell a Fox News interviewer that he left troops in Syria for “taking the oil.”

Regardless of how much Trump has overstated US military power, it cannot be denied that the US does indeed have the most technologically advanced military in the world, and that it has been the number one world power for decades. Many a country has been left in ruins in the wake of its onslaughts. However, in a relative sense, others have far exceeded it in power and stood firm not for decades, but for centuries.

Muslims recall with pride their victory over fortifications more impregnable than any that the US has built to hide behind. The capture of Constantinople in 1453 marked the fulfillment of prophecy: «لَتُفْتَحَنَّ الْقُسْطَنْطِينِيَّةُ فَلَنِعْمَ الْأَمِيرُ أَمِيرُهَا وَلَنِعْمَ الْجَيْشُ ذَلِكَ الْجَيْشُ» “You will open Constantinople, its Amir is the best Amir, and the best army is that army.”

In today’s context it is worth noting just how difficult it was to capture the promised city of Constantinople. The Muslim armies laid siege to the city for 2 months, and had to solve great technical and logistical problems in order to endure for so long and to break through walls too strong for even the latest technology of that day. In order to break through, the great leader Mohammad al-Fateh recruited the most visionary engineer, who despite not being Muslim, was willing to work with the Ottoman engineers to build canons sufficiently powerful to break through the walls. This feat of intelligence, strength and skill is one of many that the history books tell in detail, but another point of interest is to remember that this 2 month siege was the last of many, against an enemy that repelled many sieges over not just decades, but centuries!

Earlier Muslim sieges failed. The siege of 1422 was unsuccessful, as was the siege of 1411 and the blockade of 1402 and that of 1390. All failed, but after decades of failure came victory. Furthermore, others tried and failed before the Ottomans to break the defenses of that city. The Umayyads tried in 717-718 and before that from 674 through 678, and all attempts failed. Many non-Muslim armies from empires that rose and fell failed also to conquer the city that held firm through the centuries. So indeed, what the Prophet Mohammad ﷺ promised the Muslims was a seemingly intangible victory against an invincible enemy, and yet victory was achieved.

The stronger the enemy, the greater the sweetness of victory will be. Furthermore, victory begins in the mind and belongs to the nation that is sure of its purpose and firm in its values, and this victory does not belong to the US. It has withdrawn from its values and its purpose, and only felt righteous in comparison to those more ugly than itself, and now, after defeating many enemies, its last hope is to slander the Muslims in order to paint a false picture of ugliness with which to cover itself, but the reality of the US today is so ugly that even slanderous lies against Muslims cannot mask the US from its own inward gaze. All that remains is for Muslims to truly see themselves and their ideology correctly, and all remaining walls will lose their foundations and fall at the smallest knock. So now is the time of struggle. Now, is the hour of pride and victory for tomorrow is inevitable.