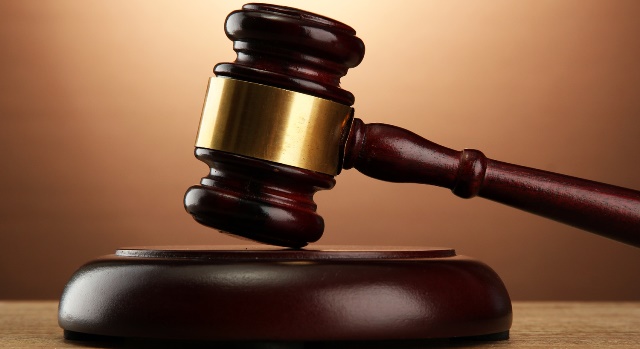 Pakistan has erupted in protest at the regime’s 29 February hanging of Mumtaz Qadri, an Elite Force commando convicted of killing former Punjab governor Salman Taseer. In a 40-page statement submitted to the court before his execution, Qadri had stated that Taseer’s statements in support of Asia Bibi, a Christian woman charged with blasphemy, and calling the blasphemy law a “black law” that had provoked him to kill the governor.

The hanging of Mumtaz Qadri is in origin because of the absence of an Islamic judiciary and Khilafah in Pakistan. In Islam, it is upon the judiciary to account all the rulers, including the Khaleefah himself, over their implementation of Islam. Yet, the current judiciary took no action whatsoever against Salman Taseer, a ruler at the time, for his well-publicized, repeated statements over the blasphemy law, which evidently provoked strong religious sentiments and opposition. The secular judiciary did not take the law into its hands over suspected blasphemy, playing the role of a stone statue, moving only to convict Qadri for taking the law into his own hands. It did not seek clarification over the statements of Salman Taseer as soon as he made them, yet saw fit to execute Qadri for taking action on unverified statements. This is no surprise because the current secular judiciary is based on the detachment of religion from life, so blasphemy has no real weight. The current judiciary has nothing whatsoever to do with Allah سبحانه وتعالى and His Messenger ﷺ or the deeply-seated Islamic sentiments of the people. Its primary function is to imitate the Western secular system, which openly and repeatedly allows the ridicule and insult of Esa (as) and Muhammad ﷺ. It is no more than a vestige of the virulently anti-Islam, British Raj occupation and so cannot be Islamized or reformed, rather it must be uprooted by the establishment of the Khilafah and replaced by Islam’s judiciary.

As for the current rulers, their only preoccupation is earning the praise of their Western masters and the Islamic sentiments and values mean nothing for them. They themselves went around the judiciary by establishing military courts to forcibly suppress those who engage in Jihad against the American occupation in Afghanistan or the Indian occupation of Kashmir. They themselves established a “National Action Plan” to forcibly curb the call for Islam and its Khilafah, making a mockery of judicial process, employing abduction and torture against Ulema and advocates for the Khilafah. And it did not escape our notice that the regime timed the hanging for the benefit of its masters as well, at a critical time when the West is using a selective ceasefire to unleash brutal aggression against the sincere Muslims of Syria who seek to re-establish the Khilafah (Caliphate) on the Method of the Prophethood and at a time the regime was under fire for seeking to send our forces in defense of the Syrian tyrant Bashar.

Only the Khilafah is the protective shield and the real fortress of Islam. Only its return will ensure the protection of the honor of RasulAllah ﷺ within the Muslim Lands and well-outside the Muslim Lands. We must remember today that in the late nineteenth century, namely in the year 1890 CE, an incident happened when a French writer produced a play to be shown in a French comedy theater and the play was containing an abuse to the Messenger of Allah ﷺ. As soon as the Khaleefah Abd al-Hameed II (rh.a) knew that such a play was to be shown, he asked France to ban the release and presentation of the play, not only on the Francis theater but on all other theaters of France. So, France complied and took the decision accordingly and sent a letter to the Turkish Sultan (Khaleefah) stating: “We are confident that this decision, we have taken in response to the wishes of your Excellency the Sultan, will enhance our cordial relations…”, and when the playwright (dramatist) tried to exhibit the play in England and made preparation to show it in a prominent theatre, as soon as Sultan Abd al-Hamid became aware of it, he called for its ban and so it was banned. In addition, England who was the superpower at that time apologized for the preparation which was being made for exhibition of the play… and that’s prior to its public show!

We must all pledge ourselves to re-establish the Khilafah (Caliphate) upon the method of the Prophethood so that there can never again be such neglect of the issue of blasphemy.  RasulAllah ﷺ said,

“The Imam is a shield, fighting is under his leadership and protection is by him.”