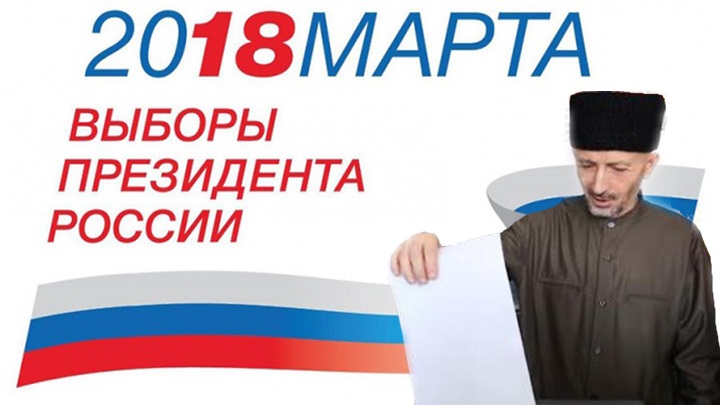 On March 16, the Mufti of the Republic of Dagestan, Sheikh Ahmad Afandi, preached to the parishioners of the Central Juma Mosque in Makhachkala during the Friday Khutbah. In his address, Ahmad Afandi touched upon the upcoming presidential elections in the Russian Federation and called on Muslims to go to the elections, saying:

“Some people say that they are not going to the elections. I consider this opinion to be erroneous, because in Russia, where 25 million Muslims live, it is wrong to say that it does not matter who will be the head of the country. We must worry about what the head of our country will be, what our future will be. We see that in Russia, inside the country, Muslims feel themselves full citizens. We see this thanks to the correct policy of the country’s leadership. If you look at what is happening in the world, for example in Syria, then it is Russia that stands in support of Muslims.

I call on all Muslims to go to the elections and vote for whom you choose, whom you want to see at the head of our country. For example, during the Great Patriotic War, we did not look at nationality, on disagreements. All together they came out and defended their motherland. In 1999, we also showed the unity when form the outside they wanted to impose a new Islam on us, we said that we did not need such an “imported” Islam and showed that we were one people, we had one motherland and we had nothing to divide.

In 2012, most of you heard what Sheikh Said Afandi was saying at the Majlis. Therefore, I do not encourage you to vote for someone, I urge you to come to the polling stations and vote for whom you want. And if you have a question, – Whom do I choose? Who am I voting for? – I am voting for the one for whom Said Afandi voted. I ask Allah that the future of Russia be very barakah, that Islam and its values will spread throughout Russia and the world, thanks to the strong, prosperous and powerful country – Russia”.

And all this is said by a man who is at the head of the Muslims of Dagestan! This is a person who, at a meeting of Muslims, approved the marriage of a Muslim woman with a Christian and wished that there were more such marriages in the country! This is a man whose wife put her candidacy for the presidential elections in Russia in 2018! This is the person who came to the elections with his wife, voted and there made the dua!

We understand that this person was appointed to this post by the power from the Kremlin in order to sow confusion among the Muslims of Dagestan, to alienate the Muslims of the country from their religion and to suppress the Islamic call and stop the revival of the Islamic values and concepts among the population, which in turn will be the position for the revival of the second righteous state of the Khilafah (Caliphate).

If you ask any Muslim who has little knowledge in his religion about whether he will give his daughter to marry a non-Muslim, he will answer – no. Since Muslims read the Quran and know that Allah Almighty explicitly forbids the Muslim women to marry non-Muslims, and Muslims never marry their daughters for non-Muslims. Allah Almighty in His Noble Book says:

“And if you know them to be believers, then do not return them to the disbelievers; they are not lawful [wives] for them, nor are they lawful [husbands] for them” (60:10)

As for the fact that his wife was running for the presidential election of the Russian Federation, can’t it be much shame for a man, if he sits and is silent, and his wife declares publicly that she wants to rule the country and all the men of the country!? Where is the dignity of this man!? The Shariah forbids a woman to rule, and the Prophet Muhammad ﷺ condemned the government of the woman. Imam Al-Bukhari said: Abu Bakr (ra) said: “As soon as the Messenger of Allah (peace and blessings of Allah be upon him) got the message, that the Persians proclaimed the daughter of Khosroi as their king, he said:

“The people who placed the government on the woman will never have success”.

When calling upon Muslims to vote in Taghut elections, and even more to vote for a kafir, did not this person know that this was a matter of government!? Allah Almighty clearly forbade Muslims to put a kafir at the head of the rule:

“And never will Allah give the disbelievers over the believers a way [to overcome them]” (4:141)

The expression in the ayat with the particle “lan” indicatdes a complete and constant denial, which is karina on the decisive prohibition that a kafir rules over the Muslims. Allah Almighty ordered to rule on the basis of divine revelation:

The Muslims of Dagestan! This mufti, the protégé of the Kremlin, who sold his akhirat for an insignificant smallness, is calling you to perish!? Our problems will never be solved as long as we listen to such corrupt imams and follow them! The problems of the Muslims of Dagestan and of other regions of Russia only increase because of such servants of Taghut who call to disobey Allah Almighty!

Since the establishment of the first Islamic state by the hands of our beloved prophet Muhammad ﷺ in the blessed Medina, and up to the last ruler of Muslims in the person of Khaleefa (Caliph) Abdul Hamid II in Istanbul, Muslims have never elected a kafir or a woman ruler for themselves, and so more did not agree to the fact that Muslims are ruled by Taghut!

The Muslims of Dagestan! Join Hizb ut Tahrir, which does not serve the disbelieving colonialists and does not cling to tyrants and traitors, and which reveals the insidious designs of the disbelievers against Islam and Muslims! Hasten to join Hizb ut Tahrir, which is working on the revival of the second righteous state of the Khilafah (Caliphate) on the method of Prophethood! And may Allah help us!