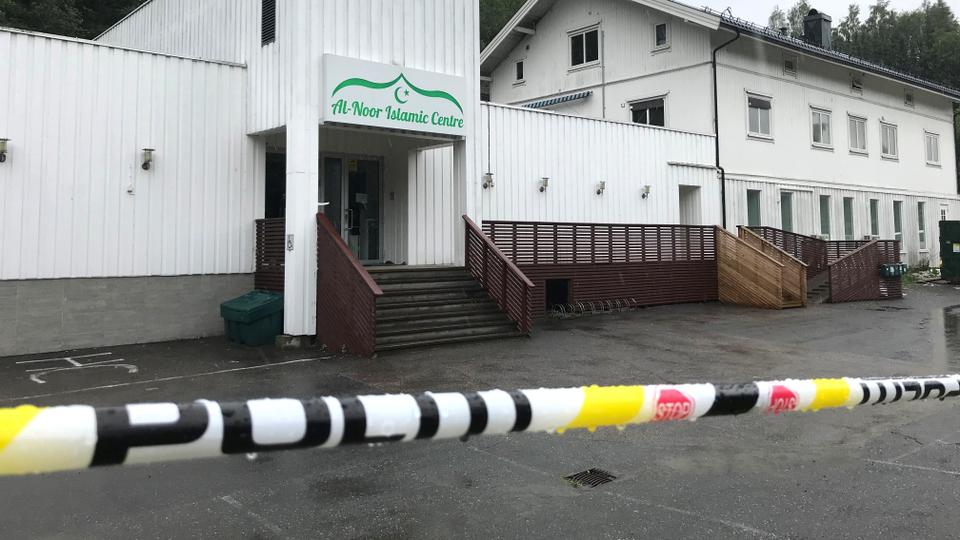 With incredible heroism, two elderly Muslim men prevented a cowardly attempt to carry out a new mass murder of peaceful, worshipping Muslims, on Saturday, August 10, 2019. This time in the Norwegian city of Bærum.

⁃ First of all, we congratulate the heroes, the honored elders, for their magnificent heroic deed on the blessed Day of Arafah. We ask Allah, the Almighty, to give them a quick recovery, to reward them and exalt their status in this life and the Hereafter.

⁃ Next, it should be emphasized once again that it is the anti-Islamic narrative constantly propagated by Western governments, politicians and media, which has spurred the ground for and motivated yet another mosque shooting. The West’s self-created right-wing extremist monster is fueled by hateful rhetoric as well as discriminatory, oppressive politics and special laws against Muslims, which today are mainstream and carried out by populist governments across Western countries, including the Scandinavian. Their own principles are being bent and reinterpreted, in order to monitor, control and tighten the grip on Muslims.

The Western governments and media therefore carry the responsibility for the hatred, which they have spread and normalized. Political parties adopt or legitimize scare-propaganda about “the invasion” of Muslim immigrants and the “great replacement” of European populations. With the Christchurch-terrorist and the self-proclaimed Norwegian crusader, Anders Breivik, as role models, individuals and groups in Western countries take the utmost consequence of 18 years of anti-Islamic policies and media propaganda. At the same time, Western security services have largely turned a blind eye to right-wing extremist milieus, which have allowed them to grow and develop transnational networks.

⁃ Furthermore, the hatred and cold-bloodedness that characterizes the terrorist right wing is not an abnormality from Western actors. The behavior reflects the actions of Western military forces in e.g. Iraq and Afghanistan, with massacres on civilians and the destruction of entire cities.

⁃ Noteworthy, though symptomatic, is the deafening silence of Danish politicians on top of the horrible crime in Norway. Even in what is not said, the hatred towards Muslims is tangible.

⁃ Although not an unfamiliar trend in European history, with fascist regimes still within living memory, it is nevertheless a strong expression of the ideological crisis the West has brought to itself, that right-wing populism, Islamophobia and racism have become apparent in the policies of these states.

⁃ The Western states and media are thus both morally and politically responsible for the imminent threat to the Muslims in these countries. They must immediately stop radicalizing and polarizing their own societies by stirring up a hateful sentiment against Muslims, which will inevitably motivate abuse and crimes.