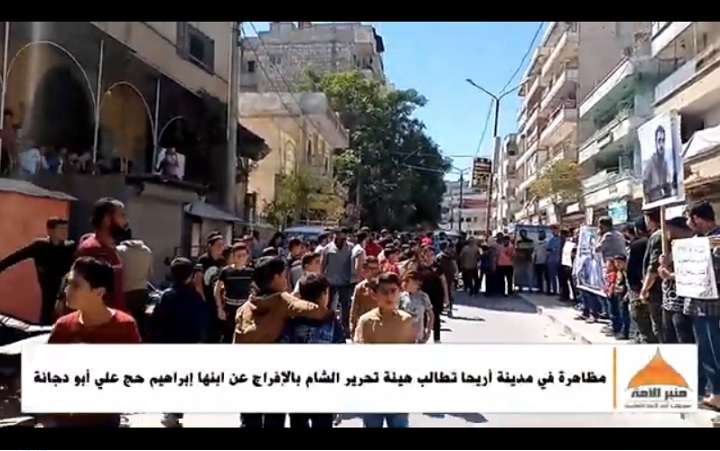 A protest in Ariha to demand the release of our son, Ibrahim Haj Ali from Hay’at Tahrir Al-Sham.

[Talk during the Protest in the City of Ariha]

Disclaimer: Ummah’s Minbar is a designated channel that airs selected Khilafah (Caliphate) recordings prepared by the people of our Ummah. The recordings are not issued by Hizb ut Tahrir or any of its official sections; rather they are recordings from the people of our Islamic Ummah; which are published for the goodness for Islam and Muslims.