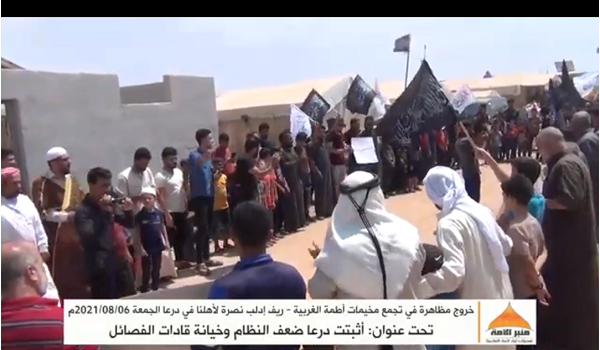 A demonstration in the gathering of the western Atma camps in Idlib countryside, Syria in support of our people in Daraa entitled “Daraa has proven the weakness of the regime and the betrayal of the faction leaders!”