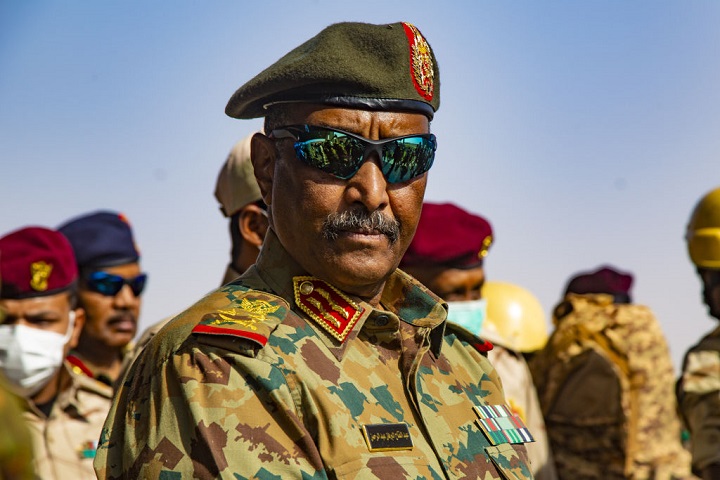 Everyone is Fighting around it, and Only the Khilafah can Stop it

Today, Tuesday, 21/09/2021, there was talk of thwarting a coup attempt to seize power in Sudan. This attempt was not the first that was announced, and it will not be the last. The political, security, and economic situations are all foreshadowing the coming change, even if it is a formality. Since all the changes that have taken place in Sudan, whether through military coups or democratic elections, have not really changed anything in the structure of governance, or politics, everyone considers power a “cake” they dispute about, and they divide it either through regional, political, or even tribal quotas. People’s crises remain the same, if they do not worsen each time a formal change occurs. All politicians, whether military or civilian, subordinate their decisions to the colonial Kafir, whether it is in matters of governance and politics, or in matters of the economy, or other matters.

Islam has determined the form of the state, its description, its rules, its pillars, its systems, the foundation on which it is based, and the ideas, concepts and standards by which affairs are taken care of, and made its constitution emanating from the Book of Allah and the Sunnah of His Messenger, peace be upon him, and what they guide to, or based on them. The system of governance in Islam is a special and distinct system for a special and distinct state, which is the Khilafah Rashida (rightly-guided Caliphate) state upon the method of the Prophethood; Only this state is able to end the series of military or civil coups that are not based on the Ummah’s faith. It views ruling as a trust for which Allah, will hold the Ruler accountable on the Day of Resurrection. Rather, the subjects will hold the Khalifah accountable in this world if he fails to take care of its affairs, or misapplies the rulings of Islam on them, and the Khalifah is not an authoritarian ruler over the Ummah nor does he have more rights than the Ummah, he is the first to starve if people are hungry, and the last to fill his stomach when they are satisfied, he puts in mind the hadith of the Prophet (saw):«وَإِنَّهَا أَمَانَةُ وَإِنَّهَا يَوْمَ الْقِيَامَةِ خِزْيٌ وَنَدَامَةٌ إِلَّا مَنْ أَخَذَهَا بِحَقِّهَا وَأَدَّى الَّذِي عَلَيْهِ فِيهَا»“and it is a trust which will be a cause of shame and regret on the day of resurrection except for him who  undertakes it as it ought to be undertaken and fulfils his duty in it.”

O People of Sudan: We have been stung from the burrows of these regimes over and over again, so let us work with the workers to restore the rule of Islam; By establishing the second Khilafah Rashidah upon the method of Prophethood, it is your honour and the pleasure of your Lord, as well as being an obligation upon you to establish it, as the Beloved (saw) said: «وَمَنْ مَاتَ وَلَيْسَ فِي عُنُقِهِ بَيْعَةٌ مَاتَ مِيتَةً جَاهِلِيَّةً»“and he who dies without having taken an oath of allegiance will die like a pagan.”

“O believers! Respond to Allah and His Messenger when he calls you to that which gives you life. And know that Allah stands between a person and their heart, and that to Him you will all be gathered.” [Al-Anfal: 24].