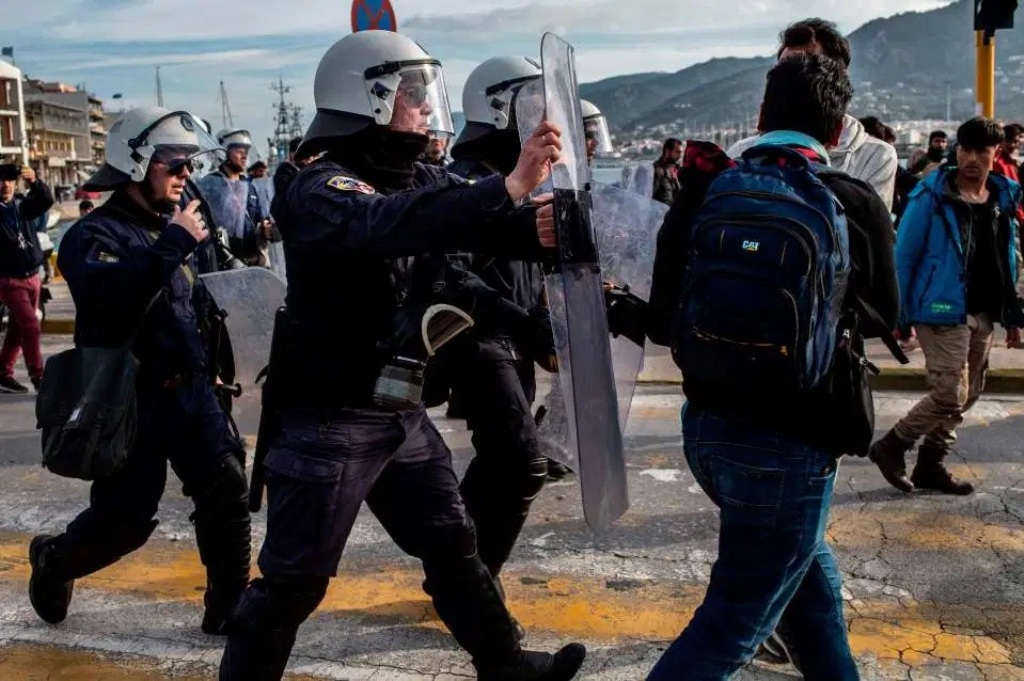 The nationalist borders that are promoted and defended by the capitalist governments lead to great suffering by the people. Without the Westphalian borders, the people would not divide themselves so rigidly, such that a man can be born on one side into immense privilege, while on the other side his brother could be poverty stricken and die of hunger.

The so-called “migrant crisis” that Europe is enduring is a symptom of this sick nationalism, where a boat of weary migrants, including women and children, can be turned back into the sea, even having water bottles denied to them, out of selfish anger that they may share some of the wealth of the privileged on the land. This exact scenario is happening in the Greek island of Lesbos, just as it has happened on other European beaches in recent times.

Such behaviour is the fruit of secularism, whose adherents adopted the false nationalist divisions between them, and the world had suffered the consequences ever since. How can a simple border give rise to such hatred for fellow human beings? Many onlookers are horrified by the inhumanity of the angry mob, accusing them of being extremists. Yet they fail to recognise that their anger is born out of belief in their right to defend their privilege that the border had afforded them. This same belief is shared by the accusers and the accused. Some have no stomach for such cruelty when it is played out in front of them, but easily palette the cruel capitalist hegemony which impoverished and enslaved most of the world today.

Furthermore, the wars and unsafe living conditions that the migrants are escaping from are directly caused by the capitalist governments to pay for the privilege that those on the European side of the border currently enjoy. Why then is there such anger at migrants coming to share what was unjustly taken from them in the first place?

The nationalist idea is a rotten idea adopted by the current secular world order, and it has no place for intelligent human beings. Islam does not accept such shallow division, as the Prophet ﷺ said, «دَعُوهَا فَإِنَّهَا مُنْتِنَةٌ» “Leave it, it is rotten.” (Bukhari)

It is time for the Muslims to expose nationalism and the despicable treatment of fellow human beings that inevitably ensues.