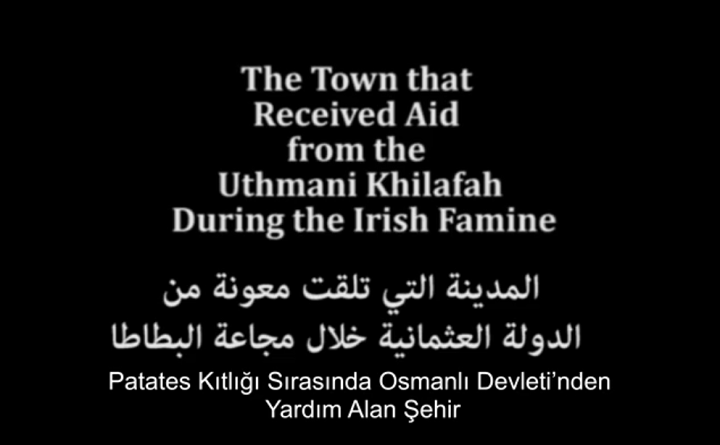 In the 1840’s, when Ireland was in the grip of a great famine in which more than 1 million died, its people were blessed with a huge act of generosity and compassion from a state thousands of miles away: the Uthmani Khilafah (Ottoman State). This state, ruled by Islam, sent 3 ships full of aid to help the starving in Ireland, driven purely by a humanitarian conscience shaped by the mercy of Islam to help the needy and suffering. The Ottoman Caliphate wanted to give more to help the Irish people but was prevented from doing so by the British government who had sovereignty over Ireland at the time.

This message was prepared by the honorable sister Dr. Nazreen Nawaz, Director of the Women’s Section in the Central Media Office of Hizb ut Tahrir, in which she relates the history behind this incident which gained the Uthmani Khilafah a worldwide reputation for its generosity and a deep sense of gratitude from the people of Ireland which is still recognised today.