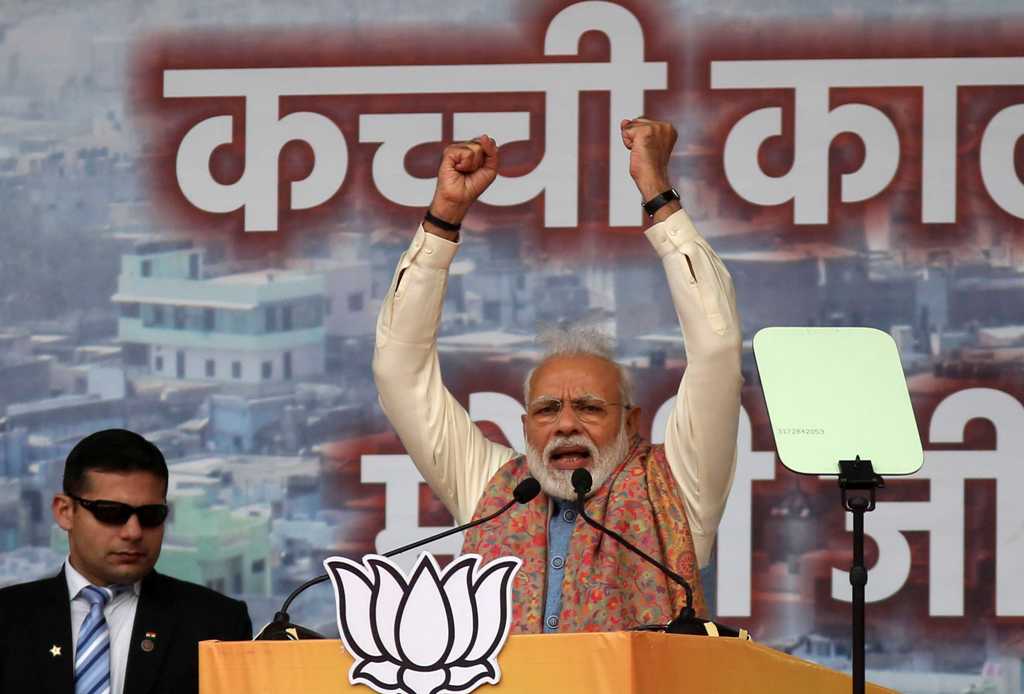 Members of Hizb ut Tahrir / Britain called an emergency meeting today, in Tower Hamlets London, to discuss the recent events in India where the Hindu nationalist Bharatiya Janata Party (BJP) passed an amendment on 11th December 2019 to its Citizenship Act of 1955 providing a path to Indian citizenship for Hindu, Sikh, Buddhist, Jain, Parsi, and Christian religious groups, however Muslims were excluded from such eligibility.

The meeting was attended by legal professionals, teachers, businessmen, Imams, community activists and other professionals.

Three keynote speeches were delivered, firstly by Mahbub Hussain, who explained how the current world system of democracy oppresses minorities at the whims of the rulers, political parties or mob opinion as CAA demonstrates.

The second speech given by Islam Muhammad who went on to show that such aggression by India is not new, as we have seen intrusion into Kashmir most recently in a long line of aggressive actions.  He went on to describe how Muslims all over the world are victims, not just in India, because of agent rulers and failed nation states; rather the Khilafah Rashida state (rightly guided Caliphate) upon the method of the Prophethood is the shield Muslims need to protect and guard it.

Finally, Md. Liaquot Sarkar went on to explain how the Islamic rule creates a unified society; Islam managed to do that in India when under Islamic governance. He presented how in the Khilafah system everyone who lives in the Islamic State will have full citizenship, whether Muslim or non-Muslims, who are left to practice their own religion in peace.

The event concluded with agreement that Muslims must work for the return of the Khilafah system, which will secure protection for all.

The Khilafah state will not tolerate any harm inflicted by fellow citizens on each other. The Prophet ﷺ said, «مَنْ قَتَلَ نَفْسًا مُعَاهَدًا لَمْ يَرَحْ رَائِحَةَ الْجَنَّةِ، وَإِنَّ رِيحَهَا يُوجَدُ مِنْ مَسِيرَةِ أَرْبَعِينَ عَامًا» “Whoever killed a Mu’ahid (a person who is granted the pledge of protection by the Muslims) shall not smell the fragrance of Paradise though its fragrance can be smelt at a distance of forty years.”

Also, anyone who wishes to live under the Khilafah system are welcomed and will be protected. They can become full citizens of the state. The Khilafah state can never turn away from its international obligation to repel injustice on the people. Allah (swt) said,

“And if anyone of the Mushrikun seeks your protection then grant him protection, so that he may hear the Word of Allah (the Quran), and then escort him to where he can be secure, that is because they are men who know not.” [Surah Taubah: 6]