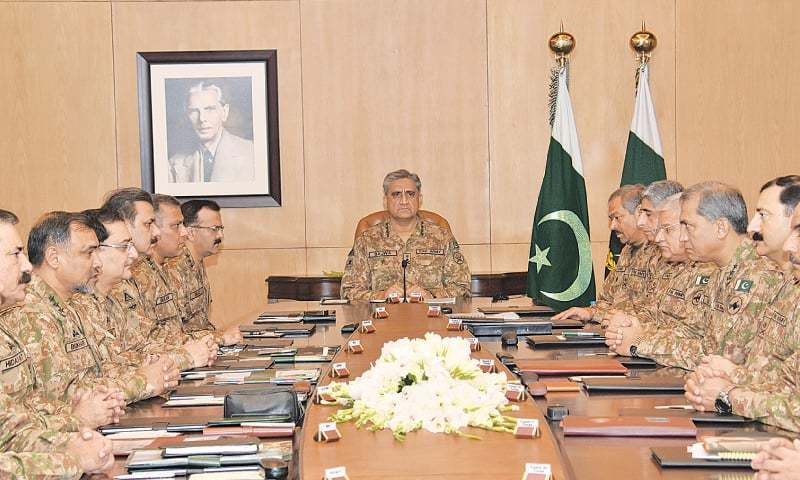 The reason for the deterioration of the situation of the armies of the Islamic world is the absence of the correct military doctrine within them. The doctrine of the army in Islam was based on the protection of the sanctity of Muslims in the world, the liberation of the Islamic lands from the occupiers, and reigning in those who dare to dishonour the Prophet Muhammad ﷺ, defend all the oppressed, Muslims or non-Muslims, and open up lands to the Dawah of guidance and light, raising the banner of Tawheed as dominant over all other banners. After this was the esteemed military doctrine of the armies of Muslims, it then was replaced with the doctrine of the protection of thrones of the oppressive agent rulers and to fill the pockets of these generals with the privileges and wealth, including substantial retirement benefits including pension and plots, such that these generals can choose to live in one of the Western countries, enjoying the rest of their lives in luxury with the money of the Ummah they took free of charge.

It was better for these generals not to retire before they achieved what the Ummah had entrusted them with and spent generously upon them from the right of their families. So that their food and drink is halal, it was obligatory for them to support the Deen of the great Islamic Ummah by granting Nussrah to the sincere workers from Hizb ut Tahrir in the project of the Khilafah (Caliphate) on the Method of Prophethood. Then and only then, they would be entitled to retire in comfort, with honor for their great deeds. Yet, as for the generals today, an officer rises in promotions until he becomes a general without fighting for the sake of Allah or granting support to those who are in need of it. Their retirement is like that of a retired soccer player or field athlete, where they are honored in sports stadiums and not in military bases, on sports shoes and not on tanks and planes.