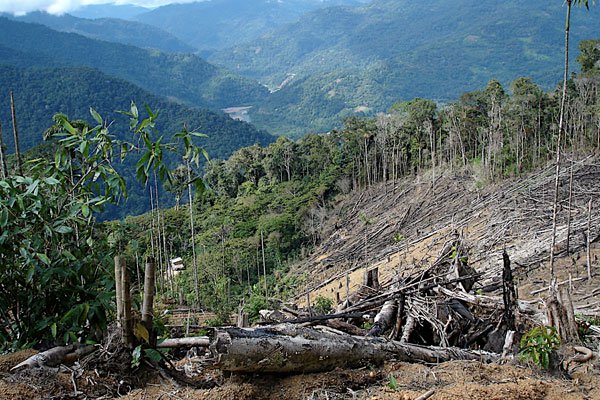 The Government has launched an operation to evict over 40,000 people from Mau Forest the largest drainage basin in Kenya with an area of 273,300 hectares (675,000 acres). The Forest is the prime source of numerous rivers which feed Lake Victoria the source of the Nile river, Africa’s longest river. In what is becoming a possible humanitarian disaster, hundreds of families are spending nights in the bush with chilly weather after their houses were torched, parents have separated with their children and already fifteen primary schools have been closed.

The Mau Forest issue since the Moi Administration until today has been turned into a political tool and politicians have been engaging in blame game over conservation of the Mau Forest Complex. The eviction has once again generated a heated debate within political spectrum with a section of politicians led by the Majority leader of the Senate Kipchumba Murkomen seen opposing the eviction. On the other hand, Leaders from the Maasai Community have come in support of the operation.

The crisis of Mau is caused by the greedy politicians who grabbed hundreds of hectares of its land. Through illegal transactions, these corrupt politicians sell some pieces of Forest land to poor people. In 1986, Moi regime created what was known as Nyayo Tea zones; a government initiative meant to protect forests against further encroachment or illegal excisions by forming a buffer belt. The Development Corporation was to exist as a commercial and service organization producing tea and fuel wood on a commercial basis. However, it is through this initiative that ended into illegal allotment and grabbing from same politicians. In 2004, the land report well known as “Ndungu Report” was released, which enlisted land allocations at the forest, terming them illegal and recommended revocation of them. Yet no any affirmative action was taken.

In a society that embraces capitalist ideology with its wicked means of owning land, such crisis are rising on a daily basis. The basis of this ideology revolves around benefit and avidity for amassing wealth as the criterion, thus corruption and embezzlement are normalized reign of capitalism. Moreover, under the yoke of this wicked ideology, the possession of land is meant for monopolization and then sold at exorbitant prices.

Forest evictions continue to depict a dysfunctional secular government at war with itself with some of its members supporting the eviction while some opposing it! This shows that, capitalist regimes operate on a double-standard approach in resolving issues. The brutal evictions carried out by security personnel has shown how the secular leadership have no fundamental plans towards solving thorny issues. Since Capitalism is for the elites and not for common-people, the touchable (poor people) are the ones who are evicted while the ‘untouchables’ (cartels) are spared.

Generally, poor management of resources alongside inhumane land policies by the secular government has brought all this mess. Islam has formulated laws of land whether or public, private or government lands. In Islam, natural resources like the water towers are public properties, which strictly cannot be owned privately or by state officials.

Consequently, until the re-establishment of the Khilafah (Caliphate) upon the method of Rasulullah ﷺ a state that shall implement Islam fully, that is when these crises shall come to a halt.