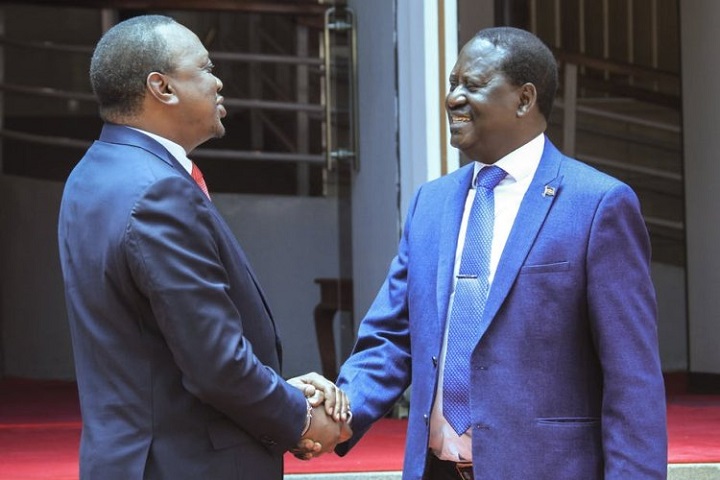 The Supreme Court has sounded the death knell for the Building Bridges Initiative but opened a window for the handshake brigade to initiate fresh constitutional amendments. In the landmark ruling, the seven-judge bench on Thursday 31st March, 2022, overturned five of the seven grounds the Court of Appeal had used to annul the BBI-driven law change. Among the key issues determined by the apex court was that the Kenyan Constitution does not have a basic structure, meaning there is no article that cannot be amended so long as the law is followed.

Comment:
It is crystal clear the Kenyan Supreme Court ruling on BBI has indicated the fragility of Democracy which asserts sovereignty belongs to the people i.e. that man has an absolute authority of making, defending and protecting the law. Man-made laws are prone to violation and change, indeed nature of man is weak, deficient and limited. Therefore, the basic structure doctrine is not immune from abuse since man himself is immensely interest driven.

The Democratic Constitutional changes, which are frequently echoed in different nations based on dynamism of the society thus creating the demand, are also another proof human inability and deficiency to make laws that will guarantee a harmonious relationship in any society.The reality of manmade constitutions is that they will never be free of the need for reform since they cannot stand the test of time as is witnessed relating to all manmade constitutions existing throughout the world.

Since this is undeniable truth, the call for constitutional amendments and changes in Democratic society will never cease. This process will continuously create political wrangles and uncertainty leaving society always in a vacuum. The fatal flaw of Democracy in giving man the absolute sovereignty and denying the Creator of Man, Life and Universe the absolute right of guidance and legislation. Indeed, humankind needs a guidance that is beyond doubt and emanating from Allah (swt). This guidance is the Shari’ah (Qur’an and Sunnah) and therefore success and failure is determined by adhering to the full implementation of Shari’ah.

To realize this true liberation from the flaws of Democracy which emanates from a secular creed that is the core foundation of Capitalism, people from all different walks of life including the intellectuals, academics and politicians to work towards the divine guidance which is not prone to amendment and prey to self-centered leadership.

Human beings need a conducive constitution since that is a vital document that defines the shape of the ruling system and forms a contract between the rulers and the citizens as well as being an expression of the ideology and values of the people that leads them in all spheres of life. Islam as a comprehensive ideology, has confirmed the great need for a constitution but clarified explicitly that the divine law revealed by the Creator (Allah Ta’ala) must be the basis of the constitution that guides His creation humanity. This constitution can only be implemented through Khilafah (Caliphate) a state that by the will of Allah will come very soon.