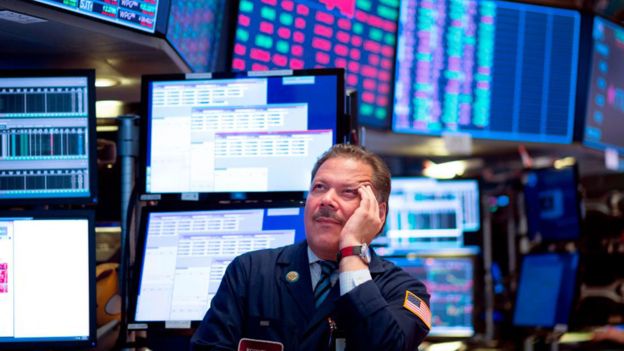 “It doesn’t matter who becomes the next president, the world is governed by market forces.” [1] Alan Greenspan The world is going through a transition, where economic liberalism and globalism are shifting towards economic nationalism and patriotism, with US President Donald Trump leading the way. Globalism has significantly benefited the United States since the 1990s; however, today this is no longer the case. Trump and the elites who support him have learnt that America is not seeing the benefits of globalisation since the rise of China. Also, the current multilateral trade deals are not helping either. As a result, Trump has been pulling out of multilateral trade deals or renewing their policies. On the campaign trail, Trump openly favoured trade terms for American industries as he stated “Americanism, not globalism, shall be our creed”.[2] Trump and his administration justify their behaviour by blaming the liberals, financial corporations and the elites regarding the domestic crisis that America is facing even though Trump is very much part of the elites.

The Rise of Financiers

Since the 1980s, financialization has had a major role in the US economy due to the emergence of neoliberalism in economics. Since 2008, the recovery period for the US has been slow or almost close to stagnant due to banks, blue chip companies and many other corporations investing in the financial sector rather than the real economy. Apple Inc has not launched any new ground-breaking innovations since Steve Job’s death, and since Tim Cook’s arrival, the focus on financial investments have increased rather than focusing on producing products that aid the real economy.[3]

Financialization has significantly hindered the overall economy. Instead of helping the real economy to grow, 15% of all flows from banks now go to business investments. Blue chip companies, like Apple, borrow money from banks, which is then used to fund their buybacks and investments and other financial products in order to enlarge their profits. [4] In 2015 Bloomberg stated that Apple is the newPIMCO and Tim Cook is the new king of bonds[5].

Due to globalisation and economic liberalism, the financial sector has grown so large that it has affected the world in a manner that is unprecedented, including the US. The Financial sector in the US creates only 4% of jobs in the economy and represents 7% of the economy but profits 28% from the total economy. [7] The Financial sector only recruits people with business and finance degrees but as for the others, they are not considered worthy [8]. As the financial sector leaves more people with other qualifications unemployed, this has instigated a serious gap between the rich and the poor, where the normal part of society continues to suffer.

Thomas Piketty mentioned that the financial income exceeds the traditional income. [9] This has caused a split between the elites in America, between the liberals and the conservatives. [10] Due to globalisation and economic liberalism, America has focused more globally than domestically, investing more abroad rather than in the domestic economy resources and lose environmental policies, which has resulted in an increase of unemployment in the United States. In the 1960s, the US dominated the world economy and accounted for 66% of FDI inflows. However, today the US still dominates the world economy but not with same FDI inflow percentage of the 1960s. Furthermore, the US since 9/11 has focused on foreign wars and as a result it has neglected domestic America, where the elites of the US have generated a lot of wealth at the expense of the nation’s prosperity. That is why you will see Trump and his administration condescending the liberal elites and promoting “America first,” which focuses more on internal issues than the global. However, Trump himself is very much part of the elites and so is his administration, which is worth $4.6 billion, who are in constant support of the president. [11]

On the other side, the liberals are not pleased with Trump’s protectionist policies against China, due to their FDIs in China being affected by the application of these rigid tariffs. This year Apple went to Washington several times to persuade President Donald Trump to remove the China tariffs. The reason for this was the tariffs are hindering the production of macbooks and several other Apple products which are assembled in China. Trump instead told Tim Cook, the CEO of Apple, that he should shift the production from China to the US. [12] Apple was very successful in lobbying the government, but since Trump’s reign this is no longer the case.

Trump domestically utilises populism and nationalism to please his support base, where he rejects the idea of globalism, liberalism and promotes patriotism.[13] According to Trump, America is not prosperous enough; hence, he wants to increase America’s prosperity even further and alongside secure its domestic condition. Hence, the slogan “America first” is to win the people and bring stability to the country by pursuing nationalist policies. However, this doesn’t mean he is truly concerned for the American people because he is just like any other elite, but the goal is more than just mere economic prosperity. It’s a matter of styles and means to bring change and to win the people. Trump will bring change and stability to domestic America, but just enough to create a psychological effect on the masses that he has actually accomplished something. But in reality, it’s just an illusion very much like the illusion of neoliberalism.

A Brief on Neoliberalism

Neoliberalism is conventionally credited to the Chicago School of Economics, like Milton Freidman, and policy makers like, Margaret Thatcher and Ronald Reagan. But its true origins go back to the time of Von Mises and Friederichs Hayek, who are labelled as the Geneva school. They are most commonly known as the advocates of Austrian economics, the term Geneva school is due to their meeting in Geneva to initiate an economic project post WW1.

These political and economic thinkers changed everything, not directly but with slow and steady increments of influence, and by the 1980s the triumph over Keynesian Capitalism became a reality. These thinkers got together to protect property rights from mass democracy, due to Hayek, Mises and their disciples knowing that if too much freedom was given to the masses, it will destroy laissez faire capitalism.

After WW1, the idea of self-determination of nation states instigated economic nationalism, where countries began to protect domestic trade with tariffs and quotas. General Agreement on Tariffs and Trade (GATT) and the International Monetary Fund (IMF) were established after WW2 to overcome this issue and to promote neoliberal capitalism. A German neoliberal economist Wilhelm Ropke said, “Within a framework laid down by a permanent and a clear- sighted market police,” these institutions did just that.

Neoliberalism became the mainstay of the global economy after the collapse of the Soviet Union and communism. A gateway opened to operate anywhere around the world using institutes like WTO and IMF to control and safeguard capital. This is the invisible hand of the market that they talk about. The neoliberals targeted the power of the masses rather than the power of the state. They prefer liberal dictators than liberal democratic governments, which lack liberalism. Chilean economists were trained in Chicago in order to utilize authoritarian power to ratify market reforms. Their goal was to protect and maintain the capital from a hostile world.[15]

In reality liberal markets aren’t really liberal, as all agreements contain protectionist policies. These are not free trade agreements but are instead investor rights agreements. So-called free trade agreements provide privileges to foreign companies to be treated like domestic companies. Liberal values are only for the elite and their Multinational corporations in foreign lands. GM and Ford Motors, for example, will have their mergers and acquisitions in foreign countries to move upstream in the value chain to save costs. GM companies in Mexico and America trade with each other without the imposition of tariffs being applied onto them due to governments allowing these corporations to enter their land by lowering their barriers. Thus, neoliberal economics is to safeguard their capital and to further increase it. This is not trade, but the definition of trade is when one party exchanges goods and services with others but here it is the same party.

Hence, this is why institutes were formed to safeguard capital across the globe where elements of economic nationalism still exist. In reality, neoliberal economics doesn’t exist as it does in theory than it does in reality, because the protectionist policies are present till this day.

Donald Trump imposing tariffs against China and bringing back a protectionist economy should not be a surprise to anyone, because protectionism has always existed regardless of what they teach at universities. The truth of the matter is since America has come on the global stage, it has practiced protectionist policies, and exploited other countries in order to safeguard its capital.

Democracy and liberalism don’t exist the way people think they do. America only promotes liberal democratic values to keep people under a paradigm of artificial happiness and freedom, while covering up its real interests. In reality the true liberal values only exist for the elite and the elite only, where they have the real freedom to go around the world and safeguard their capital within a pretext of liberalism. Hence, the institutions which were propagated by the neoliberals are used to encase and protect capital around the globe from mass democracy. Idealistic concerns have always been inimical to capital.

Since George Kennan’s time who was the head of the State Department till 1950 and who promoted America’s imperatives which are self-interest and securing capital for American investors across the globe, nothing is new here and all the elites and government officials know that democracy undermines capitalism and should be prevented across the globe. The US is happy with liberal dictator regimes because they promote American interests and safeguard them. In return, the dictators get power and a share of the profit for their cooperation.

Ultra-nationalism promoted stabilisation in third world countries and sovereignty over resources. Hence, self-determination by Woodrow Wilson was only done, not to make the colonies of the European empires free, but to actually defeat the European empires and hinder their influence over their colonies so they can break loose from their control. But in secret, president Wilson didn’t believe in the freedom of these colonies himself. [16] In Europe, Italy was going through liberation and communist legitimacy was rising through democracy. America collaborated with the former fascist regime to re install fascism in Italy in order to prevent the communist from gaining power via democracy. It also did that to cause instability and make sure that the country doesn’t become hostile to American FDI inflows.

Similar occurrences took place in Dominican Republic, El Salvador and Colombia where the US destroyed, murdered and left American corporations in control with dictator regimes.

Democracy and liberalism have been dying way before Trump’s arrival due to people losing trust in democracy and liberalism.[17] Therefore, Trump has just altered things by utilizing populism and nationalism in the country in order to appeal to the people by giving them new false promises, which seem too real for his supporters to criticize, reject and deny those promises from coming true. So, nothing is different here because democracy has always been undermined by the people in control, but the only difference is that the styles have changed but the goal remains the same (more capital and wealth). Hence, the division between the elites in America is regarding the styles, where some care just about economic prosperity and others care about the nation as a whole, and both have similarities but also differences. However, the differences this time have disrupted the political spectrum in the US and this divide has gone too far; hence, the occurrence of domestic exigent circumstances is in play.

“…Intense is their hostility to one another. You reckon them united while their hearts are divided. That is because they are a people devoid of reason.” [59:14]

References:
1. Greenspan.A (2007) In the Age of Turbulence: Penguin Group