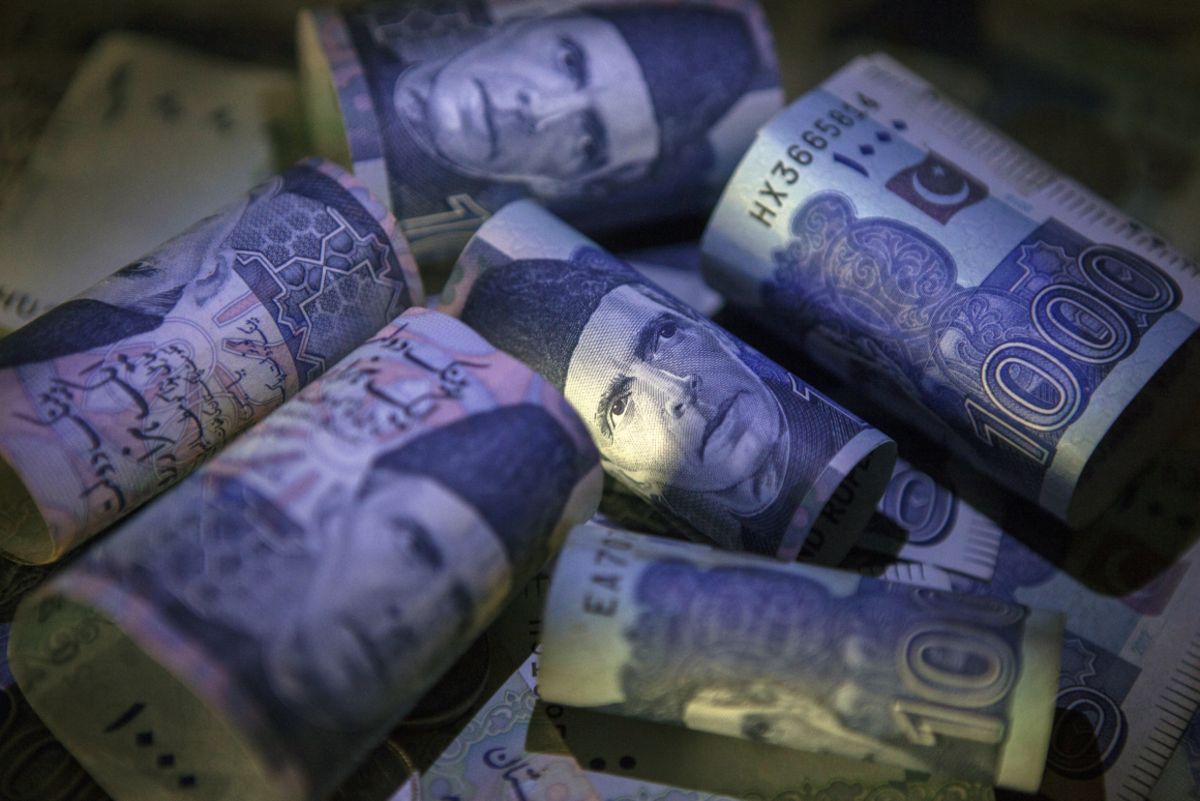 A central pillar of IMF’s bailout package is the devaluation of the rupee, which is intended to increase exports in return for foreign exchange. As usual, the economic models employed by the IMF seem not to have accounted for a global currency war and this is likely to derail IMF’s effort to plug Pakistan’s eternal account deficit.

One of the consequences of the ongoing trade dispute between America and China is the onset of a global currency war. A few weeks ago, the US Federal Reserve for the first time since 2008 cut its interest by 0.25% to 2%. [1] The increase bucks the cautionary trend of rate rises first instituted in 2016 and heralds the weakening of the dollar that will affect currencies across the globe.

China reeling from vicious trade tariffs imposed by the US has reacted by allowing the Yuan to slip much to the consternation of Trump who immediately labelled China a “currency manipulator”. [2] In addition to the two leading economies of the world, twenty central banks have cut interest rates and joined the devaluation bandwagon, including India, Turkey and Brazil. While the Eurozone is contemplating dropping its negative interest rates in September 2019. [3, 4]

The sudden easing of monetary policy signals that the looming global currency war has the propensity to be on par—if not worse—than the competitive devaluations of the 1930s. This development has grave implications for IMF’s prescription regarding Pakistan’s economy. Under stipulations of the IMF, the rupee was rapidly devalued to increase Pakistani exports to key markets such as America, UK, Germany, and China. The rationale behind the rupees devaluation was to lift exports to principal markets in return for hard currency such as dollars, pounds, euros and the yuan. Khan’s government would then use the hard currency received to pay off creditor loans.

Pakistan’s major export is textiles, which is worth US$4.1 billion and accounted for 17.1% of the total exports in 2018. If Pakistan’s chief export markets start debasing their currencies this will inevitably encourage Pakistan’s export competitors to devalue their currencies. Pakistan’s main competitors in the textile trade are India, Vietnam and Bangladesh. Both India and Vietnam have recently cut their interest rates and this threatens Pakistan’s market share of the global textile business. The fate of Pakistani textile industry is further aggravated by the fact that a weak rupee increases the cost of inputs like machinery and energy (gas and electricity). The latter is at least 30% higher than the equivalent energy costs in India, Bangladesh and Vietnam, and this renders Pakistani textiles even more uncompetitive. [5]

As of 2017, Pakistan’s share of the American textile market was 2% much lower than Vietnam (10.74%), India (7%), and Bangladesh (4.66%). [6] Prior to the currency wars, Khan’s government hoped to increase the US market share by devaluing the rupee. Now, Pakistan has no choice but to debase its currency even more just to defend its 2% share of the US textile market US. In other words, devaluation is unlikely to generate extra hard currency as envisioned by the IMF in the current climate.

The weakening rupee and the corresponding high costs of inputs put Khan’s government in a quandary. Pakistan must devalue the rupee to maintain its market share but if the devaluation goes too far, Khan runs the risk of destroying the textile industry, losing a guaranteed source of foreign exchange, creating mass unemployment and dangerously tipping the country towards default. Getting the balance right is not an economic science but a political fudge contingent on a host of internal and external pressures. This equally applies to Pakistan’s other export industries and paints a dangerous picture.

Islam stipulates that the country’s industrial base must meet the basic needs of the people, and protect their internal and external security. This means that the economy of the country is geared towards meeting domestic consumption before exports are given consideration. This minimizes the balance of payments crises and curbs the seeking of external loans. Additionally the currency is predicated on gold and silver, and this makes it immune to inflationary as well as deflationary pressures.

Had Khan and his predecessors followed these fundamental tenets of Islam, Pakistan would not have to worry about increasing exports to earn foreign exchange in order to pay off colonial loans amidst a global currency war.