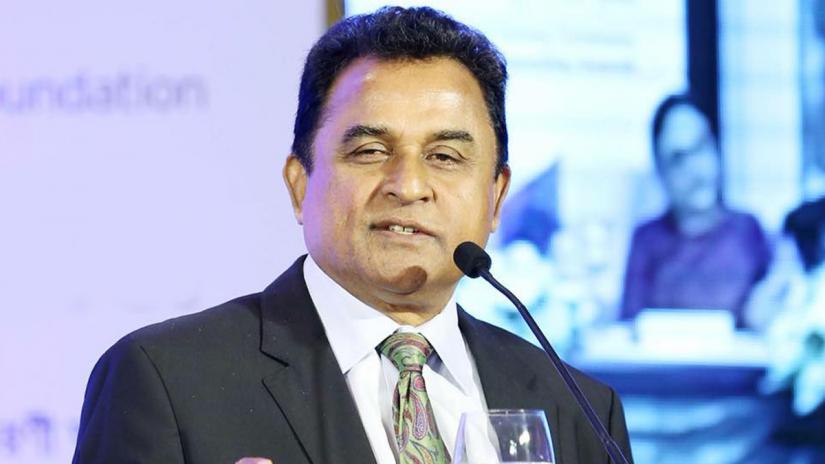 The ruling class and their crony capitalists in Bangladesh are proving to be monsters with their systematic exploitation of the banking system to plunder people’s wealth. The Finance Minister A.H.M. Mustafa Kamal, owner of the business conglomerate Lotus Kamal Group and a faithful representative of the business elites in Bangladesh, has declared a ridiculous bailout scheme to serve large loan defaulters on the pretext of giving special opportunities to the “honest loan defaulters”, whereas he announced earlier to take ‘strict action against all dishonest and corrupt businessmen of the country’ by labeling them as ‘fraudsters’ and also giving warning not to spare ‘the banks and financial organizations providing loans to these people’ (“Mustafa Kamal: Corrupt businessmen will not be spared”, Dhaka Tribune, February 6th, 2019). According to the directions of Finance Ministry, Bangladesh Bank and a government committee have finalized a generous scheme to allow easy rescheduling of defaulted loans which will enable these corrupt loan defaulters to attain many other financial benefits as well. According to this scheme, that is set to become effective from May 1, 2019, large loan defaulters will get up to 12 years, with a grace period (moratorium) of up to two years, to pay back their loans. Moreover, these defaulters will now have to make a down payment of 2 percent of their outstanding loans with a 7% interest rate on the restructured loan for regularizing their loans instead of the current requirement of 10 to 15 percent. So, the fiery speeches that the nation heard from the Finance Minister over ‘strict action’ against ‘fraudsters’ were nothing but a deceitfulness.

The amount of bad loan now stands at about Tk 1,000 billion – about US$ 12 billion! Most of the banks are controlled by a handful of families and their businesses, and the major portion of the bad loans was taken by this same handful of people. We saw earlier that in the name of ‘special loan restructure facilities’, Hasina government aided crooked elites to go more corrupt. Many of the big companies, which became defaulters after enjoying loan restructures in 2015, instead of paying the installments of their defaulted loans, sought fresh loans and interest exemption again (“5 top businesses default again despite loan restructure”, Daily Prothom Alo, 25 July 2017). In this new draft scheme also, these 11 business groups are again being given the same opportunities to renew their defaulted loans (Bangla Tribune, 28th March, 2019) – this speaks volumes about the true motive of devising such wholesale looting policy.

This phenomenon of wholesale looting of people’s wealth by all capitalist/democratic regimes in Bangladesh is nothing new. The nation has been experiencing such looting since its inception. The banking system has always been used as a tool to accumulate the wealth in the hands of a few capitalists primarily through deceitful practice of credit creation and plundering. In this manmade capitalist/democratic system ruling elites get the sovereignty to draft any law and policy, which they use on the behest of their crony capitalists, and they use the banks and other financial institutions as their looting machine. So, the banking sector reform attempts by this ruling class are nothing but to strengthen this looting machine to continue the current exploitation, and to further widen the gap between the poor and the rich.

This is the high time for us to realize that only way to free ourselves from the clutch of this exploitive capitalist economic system is by reestablishing the Islamic system i.e. Khilafah Rashidah (rightly guided Caliphate). This will not only bring an end to this current exploitative system, but also will ensure equitable distribution of wealth among the people. To achieve this objective, the Khilafah will:

Firstly: close the path for a ruler to become a tyrant. Sovereignty only belongs to Allah (swt), so there will be no way for a ruler to draft law and policy at the behest of a certain class.

Secondly: the Khilafah will close all the looting machines, i.e. the interest-based banks and financial institutions, because in Islam, interest-based transactions are strictly prohibited by the Sha’riah, and are like tantamount to declaring war against Allah (swt) and His Messenger ﷺ. Allah (swt) says, يَا أَيُّهَا الَّذِينَ آمَنُوا اتَّقُوا اللَّهَ وَذَرُوا مَا بَقِيَ مِنْ الرِّبَا إِنْ كُنتُمْ مُؤْمِنِينَ فَإِنْ لَمْ تَفْعَلُوا فَأْذَنُوا بِحَرْبٍ مِنْ اللَّهِ وَرَسُولِهِ وَإِنْ تُبْتُمْ فَلَكُمْ رُءُوسُ أَمْوَالِكُمْ لاَ تَظْلِمُونَ وَلاَ تُظْلَمُونَ “O you who believe! Be careful of (your duty to) Allah and relinquish what remains (due) from usury, if you are believers. But if you do (it) not, then be apprised of war from Allah and His Messenger” [Surah Al-Baqarah: 278-279].

The Islamic economy will rescue the people from that system in which people become destitute by falling in the circle of interests. In the current system, interest-based investment is given more security than investment in businesses, and so, for financial security people invest money in banks. The banks invest those assets in their loan business. The common people taking loan from banks are crushed under the burden of interests, but on the other hand, the loan defaulter capitalists build their mountains of wealth. To stop this institutional exploitation, the Khilafah will uproot this banking system that is plundering the wealth of the people through interest and deceit.

Finally, the Islamic economy will bring prosperity for all citizens regardless of their religion and race, and will build a fortress of happiness and security. Under the shade of the Khilafah, the life and wealth of people will be secured. Allah (swt) says,

“So there will surely come to you guidance from Me, then whoever follows My guidance, he shall not go astray nor be unhappy”