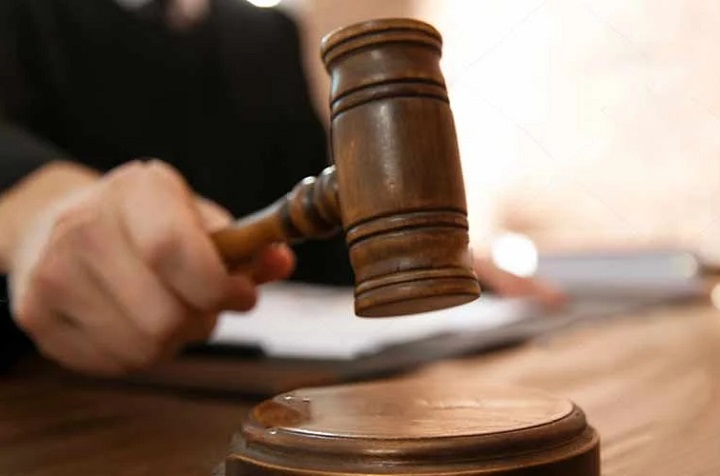 The Abolition of Riba is only Possible under the Khilafah, from the Moment of its Establishment

Muslims are outraged that the recent ruling of the Federal Shariat Court to remove interest from Pakistan’s economy has once again been challenged in the Supreme Court, where the case had been pending review for twenty years already. In total thirty years have been wasted, despite a clear and definite order of Allah (swt).

Moreover, while giving remarks during the hearing of the case against riba, a judge of the same Supreme Court, said that those who do not want to take interest should not take it, whilst Allah (swt) will ask those who are taking it. Another judge said that we cannot urge the people to reject usury, by opening an Islamic madrassa outside the Supreme Court. Yet, we never heard such comments from the secular judiciary about taxes, by saying “those who want to pay taxes should pay, whilst those who do not want to pay, Allah (swt) will ask, whilst we cannot open an Islamic madrassah outside the Supreme Court to urge people to pay taxes.” One of the reasons why the people of Pakistan are outraged, at the appeal against the ruling, is that they are aware of the ruinous course of action the Supreme Court will take regarding the ruling. This is the sentiment of the people about the secular judiciary of Pakistan!

Indeed, expressing outrage over the decision and boycotting some of the banks that appealed against the prohibition of Riba is a manifestation of the love of the Muslims of their Deen and their desire to see it implemented. Within this vein, the following points are presented to chart an effective course for our movement:

1. Interest (riba) is decisively prohibited in Islam and its evils are obvious to the people. Pakistan’s rulers act as hired facilitators for the IMF, sucking the blood of the people of Pakistan for interest payments. However, the national debt is relentlessly rising. Pakistan has to pay Rs. 3,950 billion in interest (riba) by June 2023, while its budget has a revenue target of Rs. 7,000 billion. Thus, more than 56 per cent of tax revenue will be spent on interest payments. The national debt was Rs. 189 billion in 1982, but in March 2022 it has reached Rs. 44,366 billion.

2. Just as Pakistan’s secular democracy is the protector of the capitalist colonialist system, this secular judiciary is part of the same system and subject to the same secular constitution. This judiciary does not consider that it is its responsibility to remove non-Islamic elements from this system. Instead, it is the judiciary of this system and the protector of this secular riba based system. So, it is the dream of a madman to expect the implementation of Shariah from this judiciary. The Prophet (saw) said,

“The believer is not bitten twice by a hole.” (Ibn Majah narrated by Ibn Umar (ra)).

3. Islam is a complete, integrated system, whilst its ruling are interconnected, complementary and not contradictory. They must be comprehensively and exclusively implemented through the Khilafah (Caliphate) State upon the method of the Prophethood. The divinely revealed laws must not to be mixed with the flawed, imperfect man-made laws. So, it is not a surprise that attempts to enforce these rulings, partially or gradually, within the secular order, have all failed, throughout the Muslim World, for decades. In Islam, the mechanism for investing money in businesses is to establish a direct partnership, not an “Islamic” banking channel, whilst heavy industry is predominately financed from the state treasury. Currency is based on gold and silver, whose value does not diminish with time. Islamic currency imposes fiscal discipline, that prevents deficits that are met by printing money or by making interest-bearing loans. In an emergency, interest free loans can be taken from the Ummah, whilst a one-time emergency taxation can be levied from the rich for Shariah obligations. In any case, Pakistan is still largely free of fiscal deficit, were it not for the huge interest payments. Moreover, due to currency based on gold and silver, international trade is not in dollars, so foreign interest-based loans are not taken to cover the current account deficit through lack of dollars. The Muslims continue to grant loans free of interest to other Muslims, seeking the reward of Allah (swt). Where necessary, the state will provide interest free loans to support business. So there is no need for interest through such an integrated system. There is no scope for riba in the Islamic economy.

4. It is the Khilafah alone that will abolish riba and refuse all riba payments from the moment Khilafah is established. Regarding payment of the principal, without paying interest, the Khilafah will hold those rulers and officials, who took the debt, as responsible. This is because they became immensely wealthy during that period. So, the debt principle has to be repaid from their money that exceeds their normal needs, and in proportion of their surplus funds.

5. The banks that are appealing against interest were dealing in interest even before this appeal. They are still doing so. As for the banks that did not appeal, they are similarly entangled in this huge sin. As for the fourth appealing bank, the regulators of all these banks, it is the State Bank of Pakistan. It is the SBP which sets interest rates in the country and issues licenses to these banks. It is the SBP that is operating under the State Bank of Pakistan Act, 1956, and Banking Companies Ordinance, 1962, which have been approved by the state of Democracy. So pruning this poisonous tree, or throwing away its dangerous fruit, whilst keeping the tree intact, will never solve this problem. As long as this tree exists, it will continue to give such destructive fruit.

6. It will be the Khilafah that will uproot this secular democracy and judiciary, establishing the system of Islam in its place. Islam will not be established by appealing in secular courts, nor by lobbying and speeches in Parliament, after taking oath upon this secular constitution and accepting its rules and regulations. Instead, Khilafah will be established by the same method of Prophethood through which our beloved Prophet Muhammad (saw) established the Islamic state in Madinah, after establishing public opinion in Madinah, whilst the leading chiefs and military commanders of Madinah like Saad bin Mu’adh (ra), Usayd bin Hudhair (ra) and Saad bin Ubadah (ra) gave the Second Pledge of Aqabah, granting their Nussrah to the Prophet (ra). Thus the way was paved for the establishment and complete implementation of Islam. This is the path that Muslims must take today. They must convince their brothers, sons and relatives, who are serving in Pakistan’s armed forces, to grant Nussrah to Hizb ut Tahrir. It is Hizb ut Tahrir that has made full preparations to ensure the implementation of Islam as a complete system. It has readily made sacrifices for the sake of Allah (swt). It has a complete grip on the global scenario. It is the largest political structure within the Muslim World. It is a party headed by global, politically aware ‘Ulema who, by the grace of Allah (swt), have the ability to unify the Muslim World as a single powerful state. Now the time has come for the establishment of the Khilafah. So do not miss out on the great reward of establishing it.