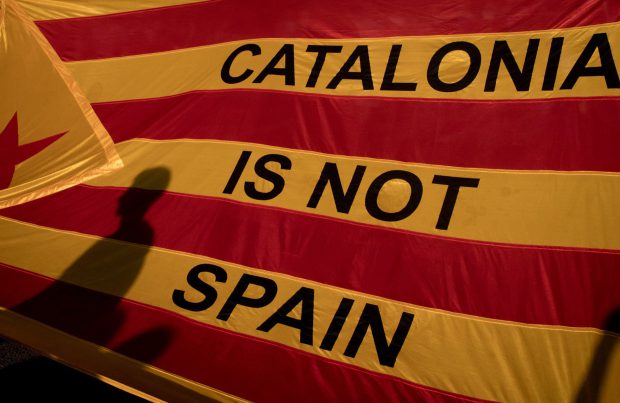 Spain has always had regional identities who resided across the country’s mountainous terrain. This led to the emergence of strong regional identities that didn’t trust the central government. For the past five centuries, successive Spanish governments opted for a carrot and stick approach to prevent the country from disintegrating. Francisco Franco’s dictatorship from 1939-1975 tried to suppress Spain’s regional identities by denying them political and cultural rights. The constitution of 1978 created one of the most decentralized political systems in Europe, giving Spanish regions high degrees of autonomy. The current government in Madrid is very unlikely to authorize a legal referendum in Catalonia as it would open the door for other regions — most notably the Basque Country and Galicia — to demand the same.

Spain, like much of Europe, suffers from rampant nationalism. Europe has a fraught history with nationalism. Europe’s awakening was born out of the reformation in 1517 that culminated in the Thirty Years’ War (1618–1648), which devastated much of Germany, killing between 25% and 40% of its entire population. Napoleon, in the 17th century, attempted to impose French values on the whole of Europe through conquest, culminating in his eventual defeat in 1815. In both world wars, Germany attempted to conquer Europe for its own security and to spread dominance over its neighbors. The creation of the European Union after WW2 was an attempt to deal with the devastation nationalism that has wrought on the European continent.

Similarly, we find the central building block in today’s era. The nation state is failing at creating harmonious societies. Although borders are becoming more irrelevant in a globalized world, politicians, thinkers and nations can no longer think of themselves in the context of nationalism that gave rise to the modern nation state of the industrial era. Spain, like many of its European counterparts, implemented strict austerity against on their populace as they bailed out their banks, but smaller regions believe they can do better economically if they are independent than as a region of a larger state. The ability to tailor economic policies closely to their own needs can give a small country a better chance of success than the one-size-fits-all strategies of a larger state. The economic crisis, rising anti-establishment sentiments, recurrent corruption scandals and controversial political events, such as the Spanish Constitutional Court’s decision to block parts of Catalonia’s statute of autonomy in 2010 have all damaged the image of the Spanish state in the eyes of many Catalans.

Narrow nationalism in the form of the nation state and the super national European Union have both failed the people of Catalonia. This is why Europe remains marred in crisis as it has utilized models of governance which divide rather than unite peoples. Europe needs to look beyond its region for models of governance and once it does this, it will see there are more stronger and better models of uniting societies and governing, such as the Islamic system which ruled over disparate populations across the world and from different religions.