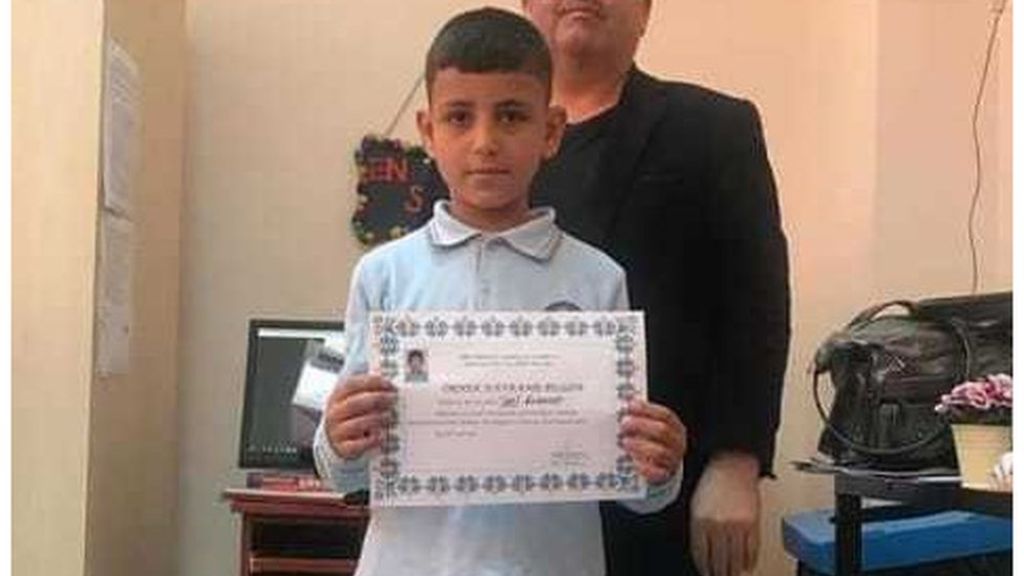 A 9-year-old Syrian child named Wael al-Saud, who used to live in Kocaeli’s Kartepe district, committed suicide by hanging himself at the entrance-door of a cemetery. It is reported that the little child was scolded by a teacher on the same day, and in general bullied by other students for being Syrian. (http://www.haber7.com)

One of the Jahiliyyah customs that was dominant in the lives of people, during the era when Rasulullah ﷺ was sent as a messenger, was racism and nationalism. Islam put an end to the hostilities during the period of Jahiliyyah which emerged from ethnic differences, “by making the Muslims brothers of each other” and forbade the claim of superiority based upon ethnic identity and limited it to Taqwa alone. Islam melded ethnic differences into one unity in the pot of the “Islamic Aqeedah” and taught brotherhood. The awareness of brotherhood under the Khilafah facilitated the Muslims a successful life for years. And when the disbelievers realized that they could not defeat the Muslims on the battlefields, they put their evil intrigues into action and were convinced that the only way to triumph over the Muslims was to destroy the Islamic Khilafah State (Caliphate), which was the scepter of the Muslims, through sowing seeds of discord and injecting the poison of nationalism; and thus they did. Unfortunately they succeeded in realizing their dirty plans. The result was the disintegration of the Ummah’s unity by dividing the single state of the Muslims into more than 50 small states through the artificial borders of Sykes-Picot. This was followed by the invasion and plundering of our soils, accompanied by implacable slaughter, for the shield to protect the Muslims and their values was broken.

The suicide of the 9-year-old Syrian child named Wael al-Saud is actually the result of a process – a refugee story which started with migration nine years ago and ended with death. The Syrian uprising began approximately 9 years ago. During the Syrian uprising, our Syrian brothers and sisters were exposed to gunfights, the bombings of their homes and many other cruelties. Many families were ripped apart. The number of parentless children and vulnerable widowed women has increased. These tribulations led to the migration of our brothers and sisters in order to reach a more prosperous environment. Thus a few million Syrian brothers and sisters took shelter in Turkey. Our Syrian brothers and sisters were forced to leave behind their homes and the dead bodies of their partners at these soils, which are our property as much as theirs for they belong to Islam, in order to take refuge with us. Yet, there have been times, when they were lynched, when their homes were plundered, and times, when they became victims of murder. The oppressions they fled from virtually continued in the safe harbor they sought refuge in.

So, who provides the basis for the anti-Syrian public opinion towards our brothers and sisters? In other words, what is the reason for the hostility towards Syrians? It is obviously the Turkish state with the nationalism-based refugee politics it carries out.

Yes, the negative reflections of these nationalism-based politics, the repressive stance of the ruling government, its spin-doctors and the media revealed themselves in the society within a very short time. The nurturing of an anti-Syrian public opinion prepared the groundwork for the deportation of our Syrian refugee brothers and sisters. Hostile attitudes against Syrians among the public, spiteful glances expressing “go away!” and maltreatments have increased extremely in number. Brutal actions emerged, which even targeted women and babies, Syrians were blamed under groundless accusations and prejudices, followed by vigilantism through plundering and torching the homes of Syrians.

The suicide of the 9-year-old Syrian child named Wael Al-Saud is the latest example for this. For reports state that Wael Al-Saud was bullied by his schoolmates, and scolded by a teacher on the day of his suicide. If this is true, then the suicide of this child is not simply any case of suicide, rather I would suggest to considered it as a murder with its perpetrators known. These perpetrators, who drove a 9 year old child to suicide, are the racist nationalists, who detest the presence of a Muslim of another race; and the nationalist politicians, who constantly incite animosity and hatred with their anti-Syrian and anti-refugee statements, and some media organizations, who know no bounds when it comes to attacking Islam.

Now is the time to become the Ansar of this century for the Syrian Muslims, who took refuge with us – their brothers and sisters – in order to escape the suffering and oppression they lived. Today is the day to become like the Ansar, who embraced Rasulullah ﷺ during his difficult times, and who supported him ﷺ and his Deen with honor and power.

In a hadith transmitted in Al-Bukhari, Rasulullah ﷺ says:

“A Muslim is a brother of another Muslim, so he should not oppress him, nor should he hand him over to an oppressor. Whoever fulfilled the needs of his brother, Allah will fulfill his needs.”