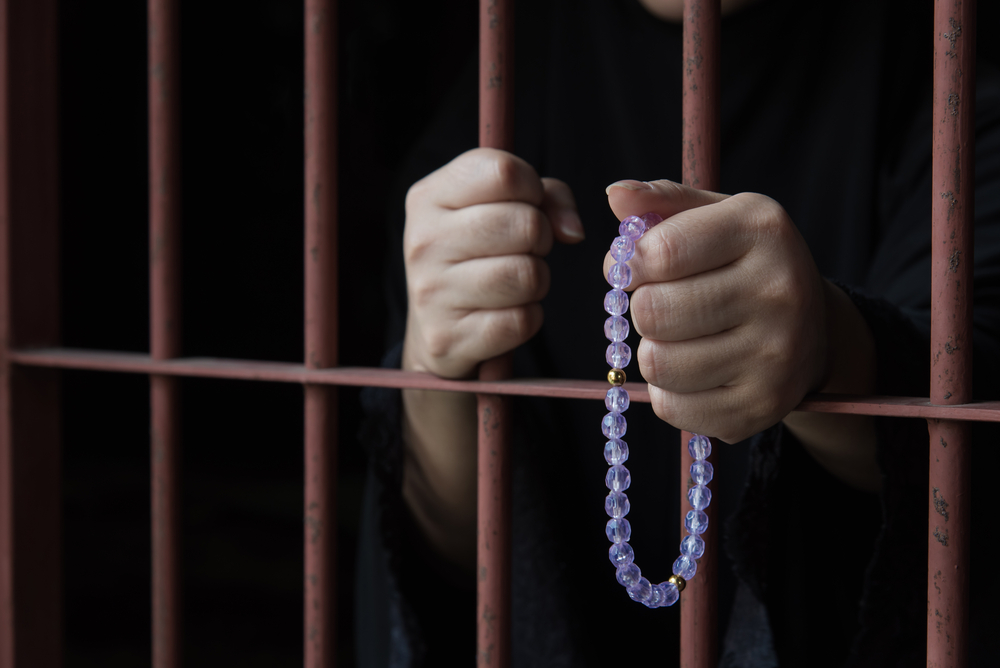 It is no secret that the Kyrgyz regime has not much to do with Islam. Instead it is known for its amicability to Russia and Putin, and its enmity towards Islam and the Muslims. As such it adopted the Article 299-2 in the Criminal Code in 2010, which prohibits the possession of extremist material according the role-model of a Russian counter-extremism law.

Befitting the mendacious character of Kyrgyz rulers and authorities, the definition of extremist material was set very vaguely and underlies changes according the perception of the investigating officers, the attorney, and the State Department of Religious Affairs, and thus differs in each and every individual case. Authorities usually classify material as extremist after conducting an arrest. Thus it is very common in Kyrgyzstan that security agents fabricate or even plant material during searches, and then demand payoffs to end investigations. Since 2013, amendments to article 299-2 criminalize the possession of material deemed extremist even if the accused has no intent to disseminate it, and denies possession of the asserted material. Thus hundreds of innocent Muslims have been sentenced to 3 to 10 years in prison on fabricated charges of extremism and violence. Also very common is torture by law enforcement officers to extract confessions… (United Nations Committee Against Torture and Kyrgyzstan’s National Center). According to HRW; “In many cases the authorities in Kyrgyzstan have been using Article 299-2 to imprison suspects solely for non-violent behaviour such as possessing banned literature or videos or practicing conservative forms of Islam.” Court records reviewed by HRW on 299-2 cases, as well as government documents, media reports, and social media postings about such cases, revealed that none of those materials classified as extremist by the state contained violence or incitement to violence. According to government officials, much of the extremist material found in the possession of individuals prosecuted under Article 299-2 is sermons and other writings from Hizb ut Tahrir, which is a non-violent movement that seeks to establish a caliphate throughout the Muslim world based on Islamic law. Hizb ut Tahrir publicly disavows efforts to achieve its goals through violent means.  (A 78-pages report by Human Rights Watch in 2018: “We Live in Constant Fear: Possession of Extremist Material in Kyrgyzstan”)

Having clarified this, the latest arrests of eight innocent, harmless Muslim women in Kyrgyzstan should not go unnoticed to the world! These women were simply arrested for being Muslims. They too have been subjected to the same “illegal” state methods as hundreds before them. Security officers humiliated and mistreated them during the search, denying them their right to put on their Islamic dress and headscarves. They planted notebooks with various suspicious materials, which do not belong to any of the arrested women. In addition they were mistreated, held in open air on a rainy and cold day for 6-12 hours during COVID19, negatively affecting their immune system and making them vulnerable to infection, and denying them even anything to eat. As a result of this, one of the ladies, Baktybek kyzy Mahabat (29), who has a health condition that requires regular treatment, fell ill and had to be admitted to hospital. This lady also has two little pre-school children who are dependent on their mother. Similarly is the condition of Meerim Ismailova, mother of four daughters, who are aged 6 to 12 years. She was released to house arrest, expecting imprisonment at any moment. On the day of her arrest Almagul Ajumudinova (51) was in care of her granddaughter, who has cerebral palsy. As a result of the arrest, the girl, unable to sit on her own, suffered an epileptic fit. One of the women, Mamirkanova Amangul, was interrogated for several hours while she was caring for her 4-year old son who has Down Syndrome and had heart surgery recently. Arunova Erkingul (37) who is the carer of her 90-year-old father, and her 80-year-old mother, who had a stroke recently and is in a serious condition, was not even allowed to see anyone of her family since her arrest. She and Baktybek kyzy Mahabat were not even brought to court yet and are being held in a Corona-infected prison. Archagul Ajumudinova (37) is mother of three daughters and a son, aged 2, 6, 9 and 16 years. Meerim Kadyralieva (34) is mother of two children, aged 5 and 9 years. And there are others in similar conditions…

This is without of doubt violence in various forms towards these women, their children and their old parents. This is state terror in its most explicit form, motivated through extremist Westernism! This violence conducted by the Kyrgyz regime is tolerated by the secular democratic world as a legitimate means in the fight against extremism!

Surely there arises a duty and responsibility upon every Muslim to raise awareness about this state terror conducted by the Kyrgyz regime. Fore and foremost it is the duty of all those female politicians and activists in the Muslim lands like Turkey, especially the female politicians, ministers and activists of the AKP, who so devotedly fight for the modern rights of women, and who clinch on the international women’s agreements and rights with their nails and teeth in fear of “losing all the democratic gains for women” to raise their voices against this act of violence!

Dear female activists, politicians and ministers in the Muslim world, who assert to stand for the rights of the Muslim women! The pious Muslimas of Kyrgyzstan are no influential politicians, no famous activists; no women with modern gains like you are, but their simple existence alone constitutes a threat to this fanatic modernist regime. They need not to lift a finger to attract the attention of the law, but the law always finds its way to reach them in all its harshness… And yet the world has no knowledge of this violence against harmless women?!

It is time that you question yourselves, your positions, and the titles you were granted in your beloved democracies? If the guardians of this system, that hates Islam and the Muslims, applaud you then you must admit that you stand on the wrong position! If you receive the laudation of democratic secular parliaments and media, while your Muslim sisters are denied their freedom in democracies across the world; and if secular media boosts your voices and views in favour of Western talks, while it distorts the picture of Islam, its women, values and history; and if Europe and the West grant you financial support for the implementation of international agreements and projects, while your sisters are denied access to public schools and public places in their Islamic dresses then you must question the ideas you advocate!

These pious, honourable Muslim women, who do not bow to anything except the commands of their Lord (swt), who do not say a single word against the pleasure of their Creator, who have no immoral, indecent, inappropriate statement or behaviour, are ripped away from their husbands, children and parents while you enjoy the respect of the kuffar are in fact the indication that YOU are the ones who are humiliated! Change it now!