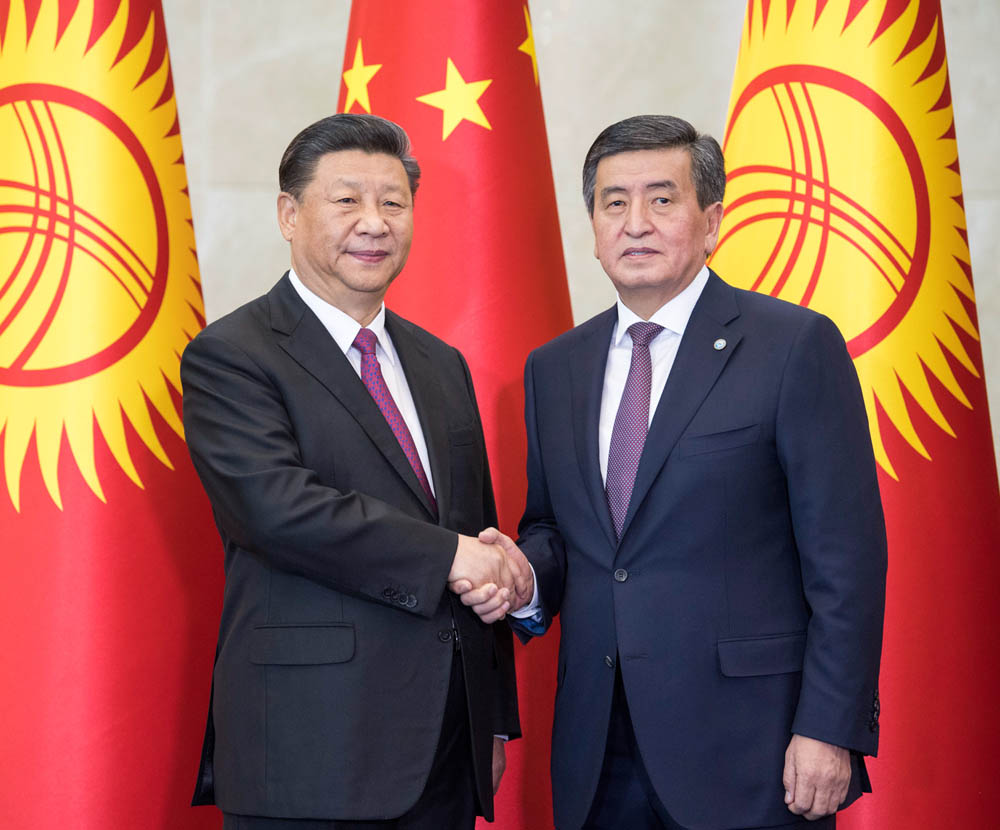 The Kyrgyz Republic President Sooronbay Jeenbekov met with President of the People’s Republic of China Xi Jinping, who arrived in Bishkek to attend the Shanghai Cooperation Organization (SCO) Summit. He stated that the Chinese government has promised a $86 million grant to Kyrgyzstan. The President of Kyrgyzstan said the grant would be spent on transportation, energy and road construction.

These days, the deputies of the Joğorqu Keñeş (parliament) were trying to remove immunity from former President Almazbek Atambayev. In fact, it is known that the current political tensions in Kyrgyzstan were the result of the relations of the former president and those around him with China. This means that the investigation procedures against a number of former ministers and other former leadership gangs have been conducted because of the dollars and investments taken from China and because of the corrupt business practices that they have initiated with Chinese companies! Thus, all the crimes committed by the previous authorities have shown that the mechanism of public administration has been built on an incorrect basis and that the international policy that has been harshly interfering in internal affairs has been built on injustice.

Almazbek Atambayev left the presidency, and his leading group is heading towards Jeenbekov. The administration system in Kyrgyzstan, i.e. the parliament, ministries, courts and other power systems, is under the control of the president as it was in the past. Thus, the debts, investments and grants that the people have to bear (its payment) remain under the control of the group itself. What has changed? Is there a guarantee that the funds taken from China will not be embezzled again? The Prophet ﷺ said:  «لَا يُلْدَغُ الْمُؤْمِنُ مِنْ جُحْرٍ وَاحِدٍ مَرَّتَيْنِ»“The believer is not bitten from the same hole twice.”

Representatives of the two forces are expected to address the people again because of the worsening situation.

Brothers, this and that are the same, and neither one is better than the other! The problem is in the global system of governance and the local system that implements the interests of the Kuffar. This means that the existing gang that is leading does not argue for the interests of the people. But they borrow money on behalf of the people and spend it on their behalf! People will soon start to repay China’s debts from their pockets!

Thus, we must refrain from disputing against each other by serving the interests of the leading gangs. Do not forget that Allah (swt) hears and sees each one of us, and we will be accountable for all our actions. Therefore, when we sacrifice our lives or our money, let it be for our happiness in this world and in the Hereafter, because Allah (swt) will judge us for all the opportunities He has given us!