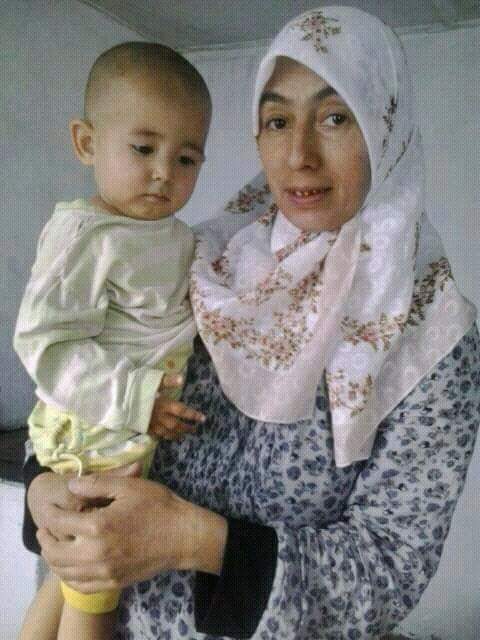 The oppressive Kyrgyz authorities arrested one of the Shabat of Hizb ut Tahrir a few days ago in Kyrgyzstan and the court sentenced her to 8 years and 8 months in accordance to Article 299 from the criminal law under the charge of extremism and attempting to incite religious strife.

The case goes back to 2015 when the security forces, who numbered between 10-15, raided the home of Tajibayiva in the town of Shamaldi Say in the province of Jalal Abad and confiscated books and notebooks which included books of Hizb ut Tahrir. It is worth noting that the name of the sister Tajibayiva has been added in 2010, by the security forces, to a list of Islamic extremists due to her consideration as being a member of Hizb ut Tahrir. Also, she had already been falsely imprisoned for two whole years in the year 2012 under the very same charge of extremism!!! According to the daughter of the detained sister, Sister Tajibayiva is the mother of seven children, the youngest of whom is in third grade, and she suffers from major health problems. In spite of that, the authority did not hesitate to arrest her from the court room after impeding the proceedings of the case and intimidating the lawyers which led the family to having to change them four times successively. In addition, the health of the sister is deteriorating due to the imprisonment and its despicable conditions.

The arrest of Sister Tajibayiva and the oppressive judgment passed against her of 8 long years merely for discovering some Islamic books in her house represents a great act of oppression that adds to the accumulating oppressive acts, one on top of another, which are a result of the repetition of oppressive arrests amongst the rows of the Shabat of Hizb ut Tahrir in Kyrgyzstan since 2012. That is because dozens of sisters were oppressively and aggressively arrested, without distinguishing between the young female youth and the woman of an older age, all under the same charge of having “weapons” in their possession; Islamic “Books”. They were thrown into the dark depths of prison for a long number of years because they are extremists according to the false claims of the criminal republic!!!

Day in, day out are the crimes of the Kyrgyz regime towards those who know the truth about this country therefore working for change upon the basis of Islam, these people have suffered most from the communist maliciousness against Islam and its followers. So what can be thought in respect to those who have Iman (belief) engrained in their hearts and are from those who are working for the establishment of the ruling by the Shar’a of Allah. On the contrary the people of Kyrgyzstan, men and women, have not stopped turning increasingly more and more towards the Islamic culture and its sources, to increase their knowledge of the Islamic concepts and the Islamic Ahkam so that they can regulate their lives by them. For that reason, we are absolutely certain that the oppression of the regime and its darkness are drawing close to their disappearance by the permission of Allah. Even if the night of the oppressors may be long the dawn of the sincere is coming definitely and without question.

And we in the Women’s Section of the Central Media Office of Hizb ut Tahrir make Du’aa to Allah Subhaanahu to strengthen the heart of our Sister Tajibayiva, to bestow her with resilience that is not shaken by the trials, to protect her and all those detained females with His Eye that never sleeps. Similarly we make Du’aa to Him to bring comfort and pleasure to her eyes through seeing all of her children proceeding behind her in an example of obedience and sacrifice for the sake of the Deen and proclaiming it. And we ask Allah to hasten His victory to heal the hearts of the believers. We are certain that the shoulders of our sister, in spite of the deterioration of her health, are firm shoulders, indeed, that they are like the firmest and strongest of mountains upon which will be built the glories of our Deen, and we do not seek to make anyone pure before Allah.

“Indeed, those who have said, “Our Lord is Allah” and then remained on a right course – the angels will descend upon them, [saying], “Do not fear and do not grieve but receive good tidings of Paradise, which you were promised. We [angels] were your allies in worldly life and [are so] in the Hereafter. And you will have therein whatever your souls desire, and you will have therein whatever you request [or wish]. As accommodation from a [Lord who is] Forgiving and Merciful”. And who is better in speech than one who invites to Allah and does righteousness and says, ‘Indeed, I am of the Muslims.’”