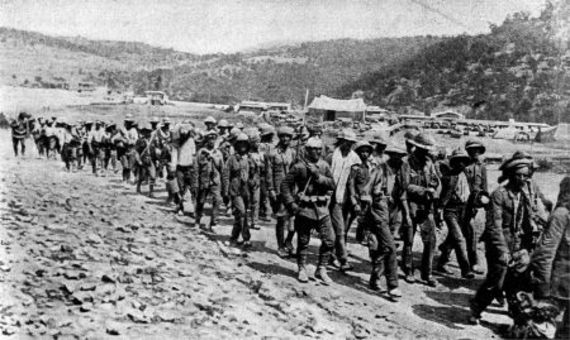 It has been a century since the last victory of the Ottoman Empire in the First World War. On 29 April 1916, Ottoman troops defeated the British army in the city of Kut in Iraq and captured 13,309 British soldiers, including 6 generals and 476 officers. The triumph of the Ottoman army in Kut came only a few months after its great victory in the Dardanelles in northwestern Turkey. This incident, which went down in history as the last victory of the Ottoman Empire army and a significant defeat on Britain’s part, risk being forgotten as time goes by.

The Ummah must remember the power of the quintessentially Islamic structure of state called the Dawlah (State) of Islam. It is unique to Islam. The victory of Kut shows us, that even in her weakest hour, the Daulah was capable of victory against the super power of the day.

Most of the Ummah is familiar with the Sunnah of Rasulullah ﷺ pertaining to the individual. However, there is a large part of the Sunnah pertaining to the organisation, governance and protection of the Ummah which the enemies of Islam are keen that we forget. The Sunnah of the structure that implements Islam which takes care of the Ummah specifically and all mankind generally, namely the Dawlah of Islam – as was built by Rasulullah ﷺ. This unique structure built upon the Aqeedah of Islam, cuts across race, geography, class or wealth. It is built on the Deen of Islam where all of mankind are brothers one to another. A society bonded not by race, status nor mere benefit but by thought and ideology.

Islam came to care for all mankind and Allah سبحانه وتعالى sent Rasulullah ﷺ to teach and guide us. His Sunnah is not limited to the individual, it is societal and global.

This state structure was of such stability and strength that was able to secure and look after the affairs of the Ummah and all the citizens of the state for over 1400 years as well as was the platform that took the call of Islam to the world and liberated mankind from the enslavement to other men, and lifted them to the worship and care of their Creator.