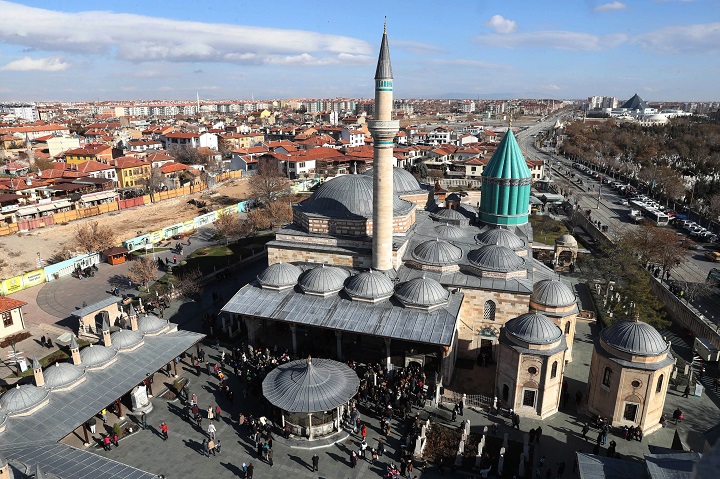 In the province Bolu, where it borders Ankara, there has been a development that is improper for Islam and the humanity. Tanju Ozkan from the CHP, who has been pursuing a hostile and racist policy against all refugees living in Bolu, especially the Muhajirs from Syria, since his election as mayor, first cut all aid to Syrian Muhajirs, and then announced that in July 2021, foreigners/refugees living in Bolu will introduce a 10-fold increase in water and strict taxes. The proposal of Bolu Mayor Tanju Ozkan for this increase was submitted to a vote at a meeting of the city council on August 03, 2021 and the Plan was sent to the Budget Commission. Ozcan shared the decision with the hashtag #GeldikleriGibiGidecekler. In this news, I will analyse the policy carried out by the ruling party and the opposition for the Muhajirs, especially for all refugees who are forced to come from Syria and live in different cities of Turkey. But with this, I also find it useful to talk about another developments and analyse them by evaluating them together.

Last week, 7 people, including women from a Kurdish family living in the Meram district of Konya, were brutally slaughtered. As if that wasn’t enough, the murderers set fire to the house where the family lived. In the past, attacks on the same family were carried out many times by Turkish neighbours living in the same neighbourhood, as a result of these attacks, one person died, many people were hospitalized and there were those who were treated in intensive care for a long time. Such attacks against the family living in Konya were carried out because the family is Kurdish. These people, with whom the Kurdish family is hostile, have continued to fight against this Kurdish family for many years with threats that they will not be allowed to live in Konya. And in the end, 7 people from one family could not be prevented from being killed.

People, including the AK Party base in Turkey, generally do not want Syrian Muhajirs, and the Ansari unfortunately remains so-called. The reason for this is that the AK Party power and especially Erdogan’s refugee policy is based on the economy. Those who came to Turkey from Syria are not only poor and in need, but came also from trading cities such as Damascus and Aleppo, many merchants came to Turkey and brought money. These coins brought the Turkish economy to a serious level. It is said that the money that has come from Syria to Turkey for use in the market is 100 billion dollars. Here Erdogan continued his refugee policy for this hot money from Syria and aid from the EU. If the refugee policy had been carried out on the basis of Brotherhood, in these last 10 years Turkey would have been built not as a refugee hostility, but as a state of brotherhood, which would have been an example for the next generation.

Nationalist and racist rhetoric executed by the left parties, against the Syrian, Iraqi, Afghani, Pakistani refugees who fled to Turkey and the latest hatred and propaganda based expressions of the mayor of Bolu stems from their enmity towards Islam. The answer to the question of why the secular Kemalist nationalist CHP mentality and its derivatives want to send back Muhajirs from Syria is clear. First, Syrians are not Turks, and most importantly, who come from Syria and live in Turkey and try to live are Muslims… But the CHP and nationalists carry out their anti-refugee policies on Turkism, while they hide their blood-soaked hostility to Islam. The nationalist Turkish policy carried out by the ruling party and its unofficial partner MHP serves over the past 5 years sociologically to the anti-refugee propaganda of Islamic enemies such as the CHP, opening up space and, in particular, fuelling the hostility of refugees in the public. People, including the AK Party base in Turkey, generally do not want Syrian Muhajirs, and the Ansari unfortunately remains so-called. The reason for this is that the AK Party power and especially Erdogan’s refugee policy is based on the economy.

Racist attacks and massacre in Konya are the product of this policy. Instead of brotherhood, speeches of nationalism were given, hatred and hatred that grew immensely could not be prevented, murder could not be prevented. It is not only the power that makes Turkism and its partner responsible for this murder, but also the parties that somehow are fed from the policy of Kurdish nationalism, which are benefitting, carry out their electoral policies with this propaganda.

Therefore, not only our Kurdish brothers, but also our Syrian, Iraqi, African and Afghan brothers are de facto confronted with racial hatred today. The reason for this is that instead of the slogan “Muslims are brothers”, the discourse “Turk has no friends but Turk” is mined into minds starting from the primary school. This system has produced and continues to produce a ruined generation. This system has built an unjust society, and injustice still continues. That is why this system itself must be urgently changed. The Khilafah Rashidah (rightly guided Caliphate) State should be established as soon as possible. This state which values the human, distributes Justice, establishes a connection with the Lord, raises generations to please Allah, and protects its subjects from all kinds of evil and corrupted ideas.