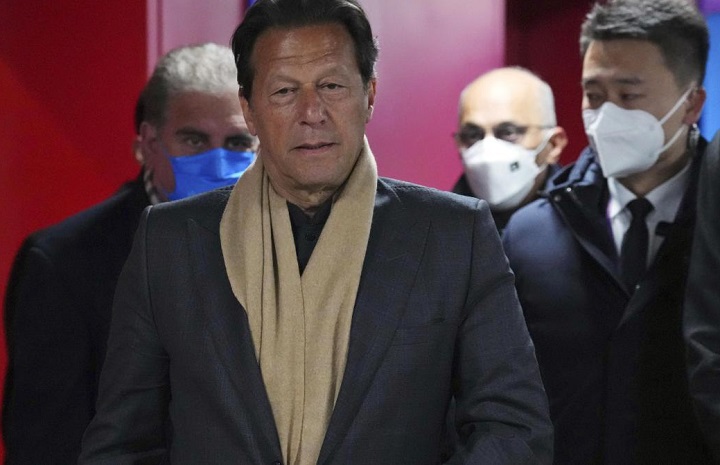 Pakistan’s Prime Minister Imran Khan has been deposed by a no-confidence vote in parliament, days after he blocked a similar attempt. (Al Jazeera)

Comment:
It is very likely that after the success of the no-confidence vote against Imran Khan, a new government comprised of corrupt opposition figures will take the reins power with the army’s blessing. Khan has repeatedly maintained that the US is out to remove him from power. The whole sage of Khan’s removal from power and the return of discredited politicians facilitated by the army in cohorts with the US has brought to the fore Pakistan’s systemic leadership crisis (BBC).

Disgraced politicians are not the only culprits fostering a leadership crisis. Military top brass, bureaucratic big-wigs, industrialists and civic leaders are just as guilty of putting themselves ahead of Pakistan. In other words, they have all either abdicated responsibility or simply buried their heads in the sand. The only thing common amongst the nation’s leaders is the beseechment of foreign powers.

Politicians unashamed of courting American and British officials frequently plan and execute trips to Dubai, London and Washington for even the smallest of issues. A large proportion of them openly desires servitude to Western powers and shamelessly promotes their interests. Then there are the pseudo-Islamist politicians whose contributions to date include none other than adding corruption to the political landscape, legitimizing the abhorrent actions of the rulers, and destroying the confidence of the public in political Islam.

The behaviour of the military top brass is equally callous. Bajwa like his fraudulent predecessors has moved heaven and earth to secure American interests in Pakistan. The indiscriminate slaughter of Pakistanis at the robotic hands of blood-thirsty American drones taking off from Pakistani airbases are some of his noteworthy accomplishments.

The business community and industrialists are not immune from this critique. History bears testimony that they are content to be bedfellows with any government – civilian or military – long as the tax bill is kept to a minimum and they are granted immunity from loan defaults. When the achievements of the business community are measured in terms of transfer of technology and contribution to the nation’s self-sufficiency, they score naught. In sum, Pakistan’s leadership since its inception in 1947 has repeatedly failed to emancipate Pakistan from the intellectual, political and economic subjugation of colonialist powers.

The root cause of Pakistan’s leadership predicament can be attributed to a single factor—namely, the economic and political system left behind by the British, later amended by the US. This system has meticulously cultivated a plethora of civilian and military leaders who were defeated, corrupt and infatuated with the West. In their eagerness to serve western powers, western solutions were relentlessly borrowed and applied to all walks of Pakistani life. The cut-and-paste mentality was bound to fail as the adopted solutions were disconnected from the problems of Pakistan and opposed to the beliefs and cultural values coveted by the people. Subsequently, Pakistan witnessed years of turmoil and polarization which has reached a tumultuous climax today.

The only salvation for Pakistan is for a new, dynamic, Islamic leadership to take the reins of power and reverse Pakistan’s decline. This leadership must be radically different from the past and cannot be an existing player in the nation’s corrupt systems and institutions. It must possess an acute sensation of the problems of Pakistan and an ideological vision that reflects the beliefs and values of the people. It must eschew violence, but be bold enough to lead the masses to a comprehensive revolt against the present secular order and raze all vestiges of western domination. The West has already described this political trend as the movement to re-establish the Caliphate.