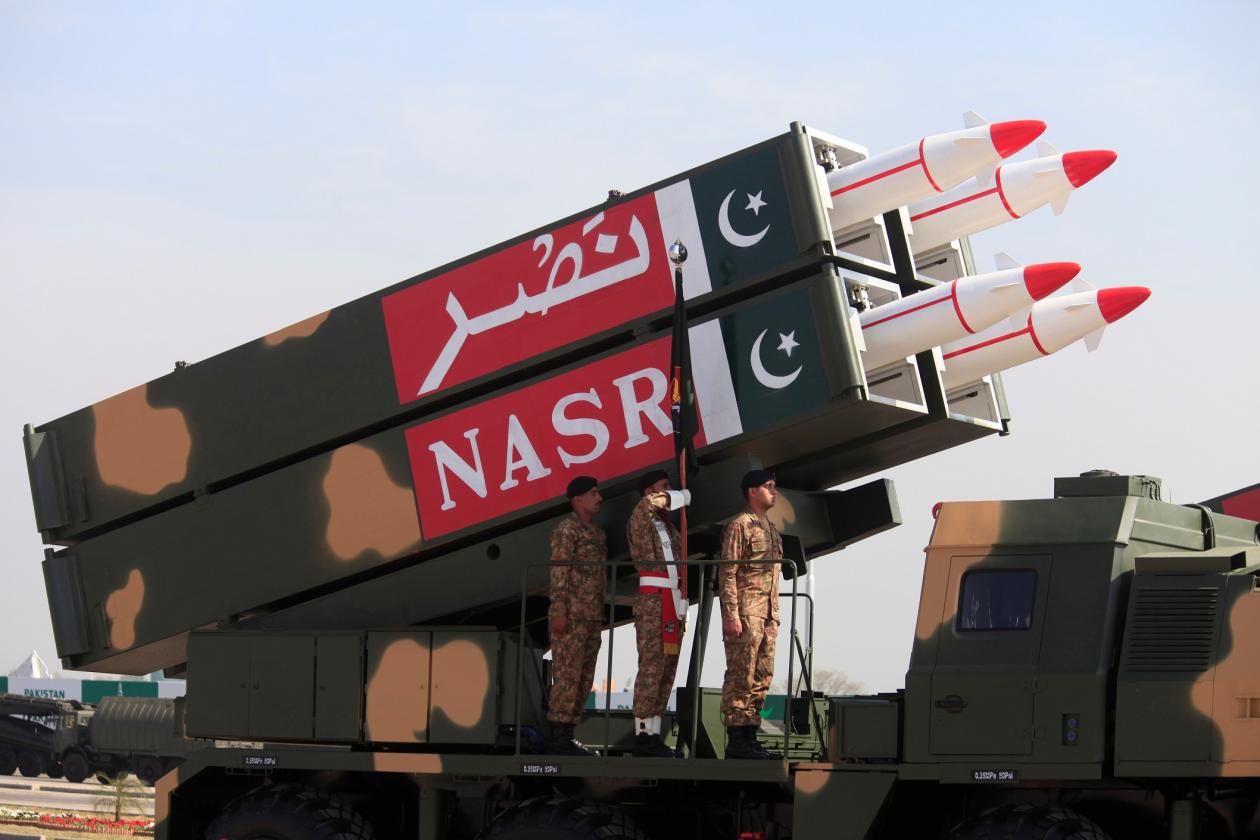 In the space of two weeks, Pakistani Prime Minister, Imran Khan, has gone from surrendering nuclear weapons to using them against India. On July 3 2019, Khan said that nuclear war was not an option and Pakistan would surrender its nuclear weapons provided India did the same. [1] A couple of weeks later, Khan responding to India’s annexation of Kashmir alluded to a nuclear war if the protracted dispute between the two adversaries was not resolved amicably. [2]

The seemingly contradictory statements on nuclear weapons demonstrate Khan’s lack of understanding about the utility of nukes. More worryingly, it also underlines how quickly Khan’s government has embroiled itself in bargaining another vital issue after the country’s economy, Afghanistan, and Kashmir. Even if the two archenemies could peacefully resolve Kashmir and agree on iron clad security guarantees, such as a no war pact, there is very little incentive for India to deactivate its nuclear arsenal. This is because India’s nuclear strategy is not Pakistan centric. The original impetus for New Delhi to acquire nuclear weapons was to neutralize the conventional superiority of China’s armed forces and later to dissuade China from employing its nuclear weapons against India.

A recent complication to India’s nuclear calculus is its close relationship with the US, which has made Russia and China extremely weary of India’s long-term intentions. India’s nuclear deal with America and its close military and naval ties with the Pentagon has spurred China to build close ties with Russia to offset any gains the Indo-US alliance may present in either conventional military strength or nuclear superiority. Therefore, the probability of India conceding its nuclear arsenal hinges on China and Russia doing likewise. The two revisionist states are unlikely to relinquish their nuclear weapons unless America sincerely joins them in the drive towards global zero—world without nuclear weapons.

Hence, Khan’s poor comprehension about nuclear strategy and the politics of nuclear weapons is alarming to say the least. Under Khan’s logic, if India abandoned nukes, Khan would do the same, but leave the people of Pakistanvulnerable to both conventional and nuclear threats from America, the Jewish entity, Russia or even China. Pakistan’s conventional military strength is not enough to deter these powers from invading or teaming up with a disarmed nuclear India to dismember the country. It is essential for Pakistan to keep its nuclear arsenal both as a deterrent and a force multiplier should war break out. The lesson learned from North Korea’s nuclear standoff with America is that nuclear weapons discourage invasions. Where the absence of nuclear weapons—in countries like Iraq, Syria and Libya—encourages nuclear powers like the US to invade with impunity. This important utility of nuclear warheads seems to escape Khan’s simpleton mind.

Equally, Khan’s assertion about a conventional war with India escalating into a nuclear war is also misplaced. At times of intense crises, nuclear weapons serve to diffuse tensions and restore peace. This is because the threat of a nuclear war reminds nuclear actors involved in conventional conflicts that the overwhelming costs (utter annihilation) of using nukes outweigh any perceived gains. This logic incites fear and helps to restore normalcy between nuclear actors. For example, in the Kargil conflict of 1999 and border war between China and Russia in 1969, nuclear weapons de-escalated tensions and peace eventually prevailed.

Khan often boasts about creating a Madina type of Islamic state, yet he remains oblivious about its nuclear strategy. In Islam, nuclear weapons are an abhorrent evil but Muslims are obliged to adopt them in the nuclear age. Their principal value is to strike fear amongst belligerent nuclear states to discourage them from threatening the vital interests of the Islamic state.

Hence, the Islamic state’s overriding priority is twofold. First, to prevent at all costs aggressive nuclear weapons states from hurting the unity of the Islamic Ummah. Second, to foster the necessary conditions to achieve global zero i.e. eradicate all nuclear weapons from the face earth and make the world a safer place.

Khan’s ignorance of the Islamic ruling on nuclear weapons indicates that he will fail to reverse India’s annexation of Kashmir and place Pakistan’s nuclear strategy along with the security of Pakistanis in jeopardy. Instead, Khan’s spineless defeatism is likely to open the door for America to use nuclear blackmail between Pakistan and India, and force the Pakistani public to accept India’s annexation of occupied Kashmir. This is akin to Nawaz Sharif capitulating strategic gains in Kargil under the shadow of Pakistani nukes to enable BJP to win the elections and for the US to usher in a new era of strategic relations with India. Khan is about to repeat this treacherous history.

References:
[1] The Khaleej Times (2019). Pakistan would give up nuclear weapons if India did: Imran Khan. [online] The Khaleej Times. Available at: https://www.khaleejtimes.com/international/pakistan/imran-khan-offers-to-give-up-pakistans-nuclear-weapons-on-one-condition [Accessed 10 Aug. 2019].
[2] The Independent (2019). Pakistan could go to war with India after Kashmir crackdown, warns Imran Khan. [online] The Independent. Available at: https://www.independent.co.uk/news/world/asia/pakistan-india-kashmir-war-article-370-muslim-hindu-modi-imran-khan-a9043941.html [Accessed 10 Aug. 2019].