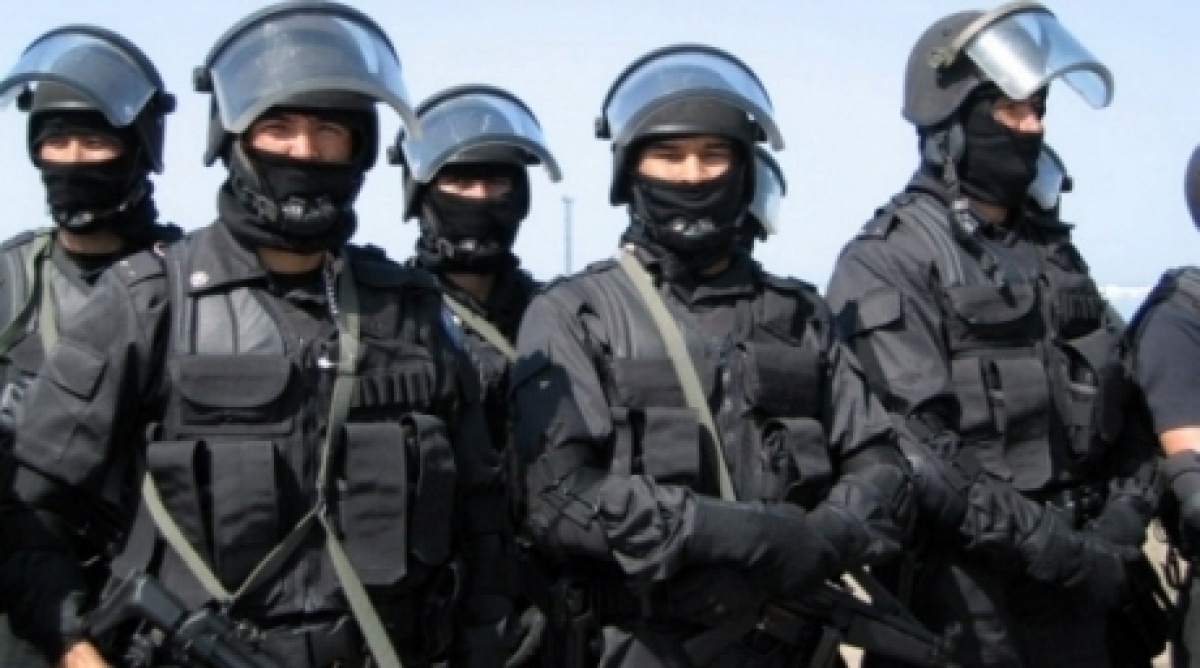 At the end of July, Hollywood actor Nicolas Cage was scorned and criticized for attending the Eurasian Film Festival as a VIP guest in Kazakhstan – a Central Asian country known as the anti-human rights repressive regime. Director of HRF (Human Rights Foundation) condemned Cage’s presence at the event and take it as a shameful act for humanity. Recently Foreign Policy also released an exciting report entitled ‘Our Future Will Be Violent Extremism’ which examines the phenomenon of Kazakhstan – Central Asia’s most stable state which is increasingly haunted by the threat of what so-called violent Islamic extremists.

Both news gave Kazakhstan new spotlight. Therefore, Muslims around the world need to raise awareness of what is happening in Central Asia. Because to confront Islam, there are tyrannical regimes operated there for the sake of regional stability of Central Asia, a vital buffer zone for Russia. And Kazakhstan is one of the most loyal countries to Russia in the region.

Brutality: Behind the Mask of Stability

Today, no leader in the world wants to look like “tyrant”. However, Kazakhstani government spends dozens of millions of USD to produce positive image of the republic and its president. Its mass media keeps report Kazakhstan’s successes as the leader in democracy in Central Asia; since its 33 years president, Nursultan Nazarbayev, have branded Kazakhstan as a beacon of stability in an otherwise troubled region and used this reputation to court investment and credibility on the world stage.

But stability must be paid handsomely. Brutality is the price. Even if they have to violate human rights and the constitution which they make themselves. Uzbekistan is the most prominent example under the leadership of an iron fist – the late Islam Karimov – a brutal dictator who came to power since his country was still part of the Soviet Union in 1989, wins in every election which many Uzbeks do not even remember an election that was not won by Karimov.

Karimov is no anomaly in his geographic neighborhood. The region is ruled by long-reigning ex-Communist strongmen. Karimov’s fellow dictator – Nursultan Nazarbayev has governed Kazakhstan since 1989, when he chaired the local Communist Party. Like Karimov, the fall of Communism in his country saw him change titles, but not lose power. The similarities between the two are easy to spot. Nazarbayev has never won an election that was not lambasted by international observers. In 2015, he got 98 percent of the vote and since 2010 he has officially adopted the lifelong title of “Leader of the Nation”.

War Against Islam due to the fear of Khilafah

After 70 years of state-imposed atheism, the region found itself connected to the wider Islamic world, sparking Islamic revival for many Central Asians. Confronting this awakening, the criminal regime of Kazakhstan struggles openly against Islam and Muslims. Lately Nazarbayev was using the attack in Aktobe in 2016, major center oil industry 60 miles from the Russian border, to employ new policy against Islam under the label of ‘terrorism’ which will enable the regime to arrest and prosecute everyone who comes against his power. Kazakhstan’s influential security services have employed a heavy-handed approach through vast surveillance powers and strengthening the country’s Soviet-inherited internal migration laws. The new measures require any citizen to re-register with the authorities if they spend more than a month in a new city.

Nazarbayev’s achievements have the potential to equal Karimov’s brutality, since 2011 Nazarbazev has been known to forbid Muslims to publicly pray in all state institutions, including government offices, military units and public education establishments; lately in December 2016 Nazarbayev’s regime also prohibits Muslim females from wearing headscarves in schools due to “strengthening religious tolerance” reason. Nazarbayev also conducted mass imprisonment of Muslim activists, including Hizb ut Tahrir members and supporters since early 2000.

This madness to fight Islam and Muslims is actually rooted to Russian paranoia of the Khilafah. The point was stated very plainly by Nazarbayev’s master – Vladimir Putin in a documentary film which was just recently released in Russia. He stated, “They are going to create the Khilafah (Caliphate) from the Southern Europe to Central Asia”, Putin replied. “This is the greatest danger”.

Yes Putin is right actually, Kazakhs along with all Central Asian Muslims should struggle for re-establishment of the second Khilafah (Caliphate) upon the method of the Prophethood as the real authority for the Ummah of Muhammad (saw). To end this misery, they need to stop their support to any tyrannical rulers like Nazarbayev and other despotic Russian puppet’s regimes, through the re-establishment of the Khilafah as their true shield.