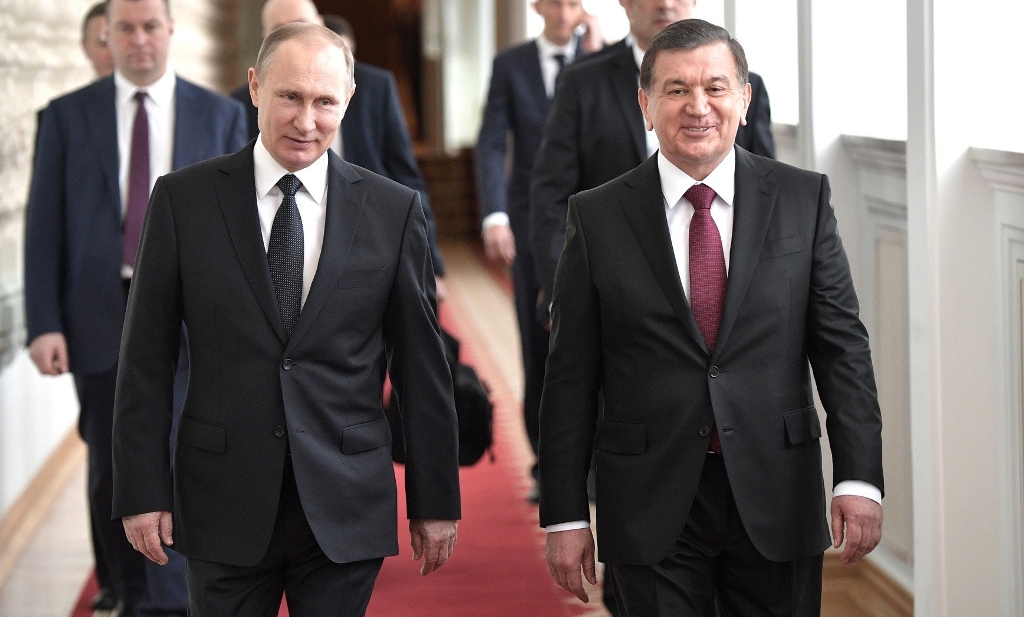 The Uzbek TV broadcast a program on 17/10/2020 under the name “The Fate of the Ungrateful”, which is a news report that talks about the Shabab of Hizb ut Tahrir who spent 18 years in prison and following their release they resumed their call for the establishment of the Islamic Khilafah (Caliphate). The Shabab at their release, as the program claims, contacted through Facebook a person called Mahmoud Abdul Mu’omin and took information from him about the Hizb’s work and its activities. My name, Islam Abu Khalil, was mentioned and accused of constant financing and sending money to the Dawah Shabab there, and they accused the Hizb and described it as terrorist while previously the Uzbek’s government used to describe it as extremist.

The program is the work of the Uzbek intelligence, and as a result of the policy of the criminal Karimov, who was unjust and killed many of the Hizb ut Tahrir’s Shabab over the long years of his rule, and now the new government is following the criminal Karimov’s footsteps in its injustice against the Shabab and its slanders against the Dawah carriers. Here it is, after the end of the sentence of the Shabab who spent decades in its prisons, it arrests them again after they returned to their normal work in the Ummah carrying the call and working to resume the Islamic way of life in which the Muslims of Uzbekistan and the rest of the world are glorified. And here is the government returning to its extremist and terrorist policy, arresting them, filming them and threatening them and forcing them to speak against the Hizb and the Dawah, and slandering the Hizb and its Shabab, and accusing me of sending huge amounts of money to the Shabab there, and this is a lie and a slander. I have not sent money to anyone other than my family who are living under the oppression of this government which from time to time, it goes to our house there, breaks into it and asks about me, perhaps it will find me and arrest me. مَا لَكُمْ كَيْفَ تَحْكُمُونَ “What is [the matter] with you? How do you judge?” [Al-Qalam: 36]. From all that you commit of fabricating lies and slander against the Dawah and persecuting its Shabab and carrying out terrorism against them will not stop the Dawah and you will not be able to eliminate it, for it is from the Aqeedah of the Muslim people of Uzbekistan. The old government, Karimov’s government tried and it could not, because this Dawah is for Allah and for the arbitration of Allah’s law, and Allah (swt) is protecting it and those who carry it and seek it. And the people of Uzbekistan know the truth of Hizb ut Tahrir, and the whole Ummah and the world know that it is a political party that works to resume the Islamic way of life by establishing the second Khilafah Rashidah (rightly-guided Caliphate) on the method of the Prophethood. So, whatever you try to distort it and distort its call, and to terrorize its Shabab and your slander against it, it will remain the pioneer who does not lie to its people, and it will remain the carrier of the banner of Islam and its implementation in life, seeking to destroy the thrones of the oppressors and the extremists from the terrorist governments in Uzbekistan and in the eastern and the western regions of the world.

O our People in Uzbekistan:

Do you not yearn for a decent, dignified, and just life that pleases Allah and Who is pleased with you? How long will you remain silent about the oppression of the rulers and their rotten capitalist systems?! Allah (swt) has promised the working sincere Muslims of the Khilafah; and His Prophet ﷺ gave the glad tiding of it. Thus, it is time for you to work to achieve Allah’s promise and the glad tiding of His Prophet ﷺ, and who is more truthful and more fulfilling of his promise and covenant than Allah.

“Allah has promised those who have believed among you and done righteous deeds that He will surely grant them succession [to authority] upon the earth just as He granted it to those before them …” [An-Nur: 55]