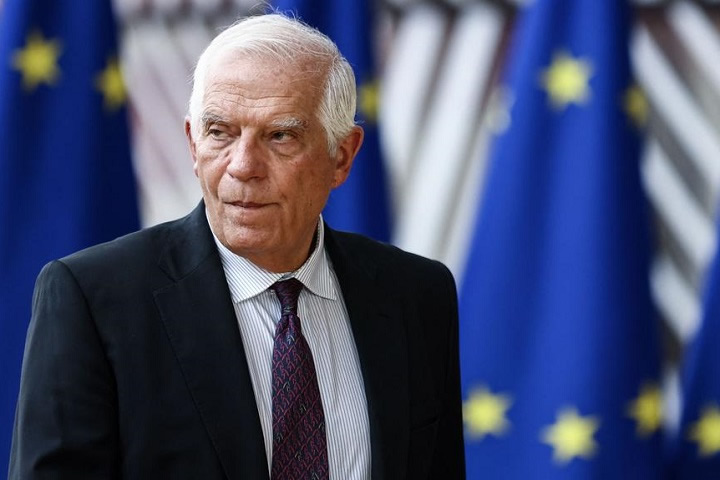 European Union High Representative for Foreign Affairs and Security Policy, Josep Borrell, delivered a speech on Thursday, October 26, 2022, which included racist statements that “Europe is a garden and the rest of the world is a jungle.” He went on with him explaining what European countries should do. He said: “The bush can invade the garden, gardeners have to take care of it, but they will not protect the garden by building fences, a nice little garden surrounded by high walls to keep out the bush would not be a solution. Gardeners have to go into the bush, Europeans have to be more involved with the rest of the world, or else the rest of the world will invade Europe.” Then he apologized for those statements after receiving widespread criticism from countries, including UAE, and claimed that he had been misunderstood and that his words had been taken out of context among the media.

These statements reveal the true European personality; prosperity in Europe and colonialism to the rest of the world. As for their slogan of peace and stability, its goal was to stop the world wars that took place between the European countries in the first and second world wars. As for the rest of the world, it has the cannon and the missile, corruption and looting of wealth!

Since its foundation, the European Union has suffered from crises of conflict and division among its peoples, the first of which is that it is a union and not a single unit, which forces it to constantly deal with the stubbornness of peoples’ identities. Therefore, no country has been able to lead the leadership of this union during its history. Rather, whenever a country tries to wrest its leadership, a conflict emerges that reveals its fragility, and Britain’s exit from it in 2020 is only one of the manifestations of its fragility. And now terror and fear are looming over the people of the European continent, as they face, like others, a crazy rise in oil and gas prices after the closure of the Nord Stream 1 and 2 lines, and the cessation of the flow of liquefied gas from Russia, which caused the closure of bread ovens and austerity economic precautions at the level of individuals in preparation for what the winter brings next from the high heating costs.

Yes, this atmosphere is terrifying for people whose ancestors burdened them with two world wars, while their current generations have moved away from fighting and thinking about it and have replaced it with enjoying life and its pleasures. It is also terrifying for peoples who feel that poverty is knocking their door collectively.

As it became clear during the emergence of the Coronavirus pandemic in 2020, that Europe “the garden” has become empty on its thrones, and as the garden turns into barns, and every barn is run by a national state of the Union countries and takes health precautions as an excuse to close its borders with its neighbors, which prevented medical aid from moving freely, so the reality of the so-called unity of European peoples has appeared.

The Western hypocrisy that has appeared in Europe’s views recently is unmatched, as it reveals the truth of the capitalist principle that these countries bear, and in which positions are reversed with the change of interests and benefits. As this principle does not know a value other than the material value, it does not take into account human, moral or spiritual values. Evidence of this is the economic files linking these countries to Iran even before the Coronavirus pandemic. The language of money and the fluidity or ease of access to resources and raw materials is the language and religion of the capitalist countries, as shown in the deals to sell European planes to Iran.

Also, in recent years, problems have emerged in the European Union related to the culture originating from the principle adopted by the countries of this union, which made them need to introduce an exclusionary integration policy, targeting Muslims, especially in an attempt to subject them to the system of Western values instead of trying to coexist with them without interfering with their religious and behavioral privacy.

Thus, the “garden” no longer has ideals that it preserves and sings about, such as preserving diversity and accommodating everyone. Rather, these values appear in our neighborhood and disappear suddenly when necessary!

Josep Borrell is not an ordinary European official, he is responsible for the foreign policies of the European Union, which makes his statements express the point of view of all European officials, but rather the point of view of the West towards the world, especially the Muslim countries. A colonial view is ready to burn what it sees as a “jungle” as long as it serves its interests. You must speed up the restoration of the Khilafah (Caliphate), for the armies of the Khilafah alone were the protective shield against the ambitions of Europe and its successive crusades. Allah (swt) says:

“Their prejudice has become evident from what they say—and what their hearts hide is far worse. We have made Our revelations clear to you, if only you understood.” [Aal-i Imran 3:118].

As for Josep Borrell and his successors from among the rulers of Europe, we address them with the words of Allah Almighty:

“Perhaps my Lord will grant me ˹something˺ better than your garden, and send down upon your garden a thunderbolt from the sky, turning it into a barren waste. Or its water may sink ˹into the earth, and then you will never be able to seek it out. And so all his produce was ˹totally˺ ruined, so he started to wring his hands for all he had spent on it, while it had collapsed on its trellises. He cried, “Alas! I wish I had never associated anyone with my Lord ˹in worship˺! And he had no manpower to help him against Allah, nor could he ˹even˺ help himself.” [Al-Kahf 18:40-43].