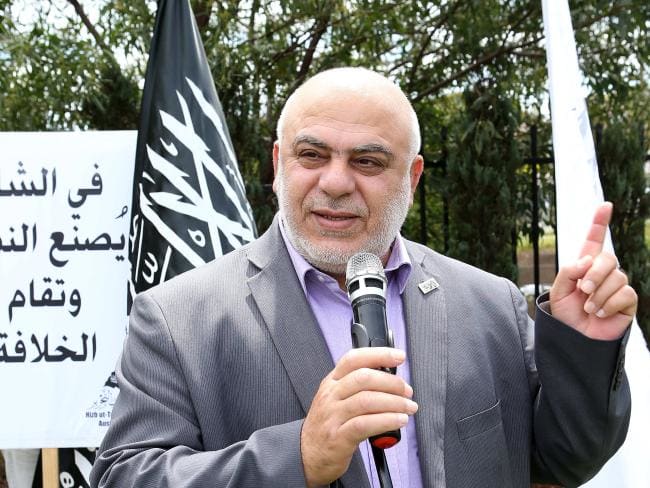 After the repressive services of the Jordanian regime arrested Brother Engineer Ismail al-Wahwah, a member of Hizb ut Tahrir, at Queen Alia Airport on 25/07/2018, the regime’s unjust military security court in Jordan issued its unjust sentence of three years of imprisonment, which was reduced to one year, on charges of inciting to undermine the regime; a repressive and ready charge for the intelligence services of this court, which does not fear Allah in its sinful judgments, in hatred and hostility towards Hizb ut Tahrir and its Shabab, merely because they pledged Allah to carry the Islamic call intellectually and politically.

In the face of this blatant and persistent falsehood which the regime shamelessly does not desist from with regard to Hizb ut Tahrir and its Shabab, a well-known political party to all the people, we say the following:

First: Hizb ut Tahrir is a political party whose ideology is Islam, established in response to the obligation which Allah (swt) obliged upon the Ummah by His (swt) saying: وَلْتَكُن مِّنكُمْ أُمَّةٌ يَدْعُونَ إِلَى الْخَيْرِ وَيَأْمُرُونَ بِالْمَعْرُوفِ وَيَنْهَوْنَ عَنِ الْمُنكَرِ وَأُولَٰئِكَ هُمُ الْمُفْلِحُونَ “Let there be among you a group that invites to the good, orders what is right and forbids what is evil, and they are those who are successful” [Al-i-Imran: 104].

It is an obligation at all times, but since it was founded at a time when Muslims have no state or political entity, then it has become obligatory on them to work with the Ummah and alongside it to resume the Islamic way of life by establishing the Islamic State that governs and applies Islam, as the Almighty says: وَأَنِ احْكُمْ بَيْنَهُمْ بِمَا أَنْزَلَ اللَّهُ وَلا تَتَّبِعْ أَهْوَاءَهُمْ وَاحْذَرْهُمْ أَنْ يَفْتِنُوكَ عَنْ بَعْضِ مَا أَنْزَلَ اللَّهُ إِلَيْكَ “And rule between them by what Allah has revealed, and do not follow their whims, and beware that they tempt you away from even some part of what Allah has revealed to you.” [Al-Maida: 49].

Secondly: the method followed by Hizb ut Tahrir to achieve its goal is the one followed by the Prophet (saw) until he established the first Islamic state, and it cannot deviate from it an inch, and it does not fear the blame of any blamers for the sake of Allah (swt). This method is to carry the Daw’ah through intellectual and political actions, without resorting to material actions, and it has never carried out any material actions as a long-standing and global political party. This is known by the foreign intelligence community, including the European Union, which Hizb ut Tahrir operates in most of its parts in broad daylight, and which has not been able to detain Brother Ismail al-Wahwah, so it entrusted the dirty task to the Jordanian repressive apparatus!

Thirdly: the absurd and false accusations such as incitement to undermine the regime, which are directed at anyone who publishes or shares publications, expressions, and intellectual and political views on the electronic communication media, are only to inflict the maximum penalties on the Shabab of Hizb ut Tahrir under the oppressive man-made law of the regime in Jordan. They have no basis neither in the man-made constitution of the regime nor in the laws of Allah. So, does the regime consider itself against the resumption of Islamic way of life by the application of the Shariah of Allah and the establishment of the only legitimate political entity of the Islamic Ummah, i.e. the Khilafah Rashidah State (righteous Caliphate) on the method of the Prophethood? For this is the call that Hizb ut Tahrir is known for in all parts of the world, and this is its diligence and the daily merchandise for it.

For us, imprisonment is Allah’s destiny upon us, and we pray to Allah to reward us for it, but it is injustice and oppression from those who sign these oppressive and malevolent rulings against those who say, Allah is our Lord, whether they are the regime, the security services or the judges of the security court. They will not dissuade us from continuing earnestly with diligence and sacrifice to carry forward the work to establish the Khilafah Rashidah on the method of the Prophethood.

“And those who have wronged are going to know to what [kind of] return they will be returned.”