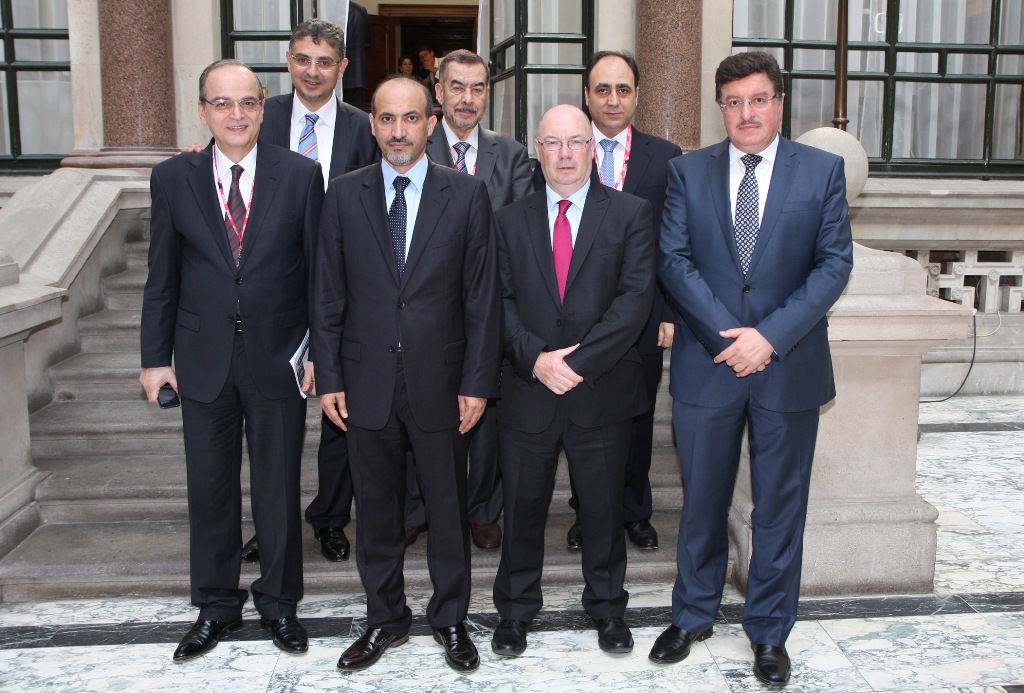 The so-called National Coalition of Syrian Revolutionary and Opposition Forces issued a decree according to which the formation of a High Electoral Commission, which would prepare and participate in the presidential elections and referendum on the constitution, and other tasks in light of the existence of a criminal regime and under its umbrella; flouting all the suffering and sacrifices of the people of Ash-Sham; the blood of more than a million martyrs that have not yet dried up; tens of thousands of detainees in the prisons of the tyrant of Ash-Sham who suffer the scourge of his oppression and tyranny; and millions of displaced people who left their destroyed homes and stolen livelihoods to live the bitterness and pain of displacement.

Here you see with your own eyes the negligence of all the entities that have been associated with the intelligence of the so-called supporting countries, their abandonment of the constants of a revolution that sacrificed the most precious and valuable in order to overthrow the criminal regime and establish the rule of Islam. And you have seen these entities strive to achieve their personal interests at the expense of the blood of the martyrs and the suffering of the people of Ash-Sham, and this is the case of those who accept the linking and surrender to the temptations of the dirty political money that is still destroying the body of the revolution and its fatal repercussions still succeeding from time to time.

The Kafir West has prepared and is still preparing its tools to eliminate the Ash-Sham Revolution, so it made the coalition that would produce the High Electoral Commission, and previously it imposed the High Negotiations Committee after the Riyadh meeting that was held in 2015; as well as imposing a committee to draft a constitution tailored to its size. Not to mention linking the factional system to its policies aimed at aborting the Ash-Sham Revolution and reproducing the criminal regime.

All of these tools are “attributed to the revolution; and speak in its name”, and they are in fact demolition shovels that are still destroying the edifice of the revolution, and have placed themselves at the service of the American project to achieve its goals; and to drive the people of Ash-Sham to fall under the yoke of slavery under the regime of oppression again, so the sacrifices will be lost, and the people of the Ash-Sham become like the one who untwisted her spun thread after it was strong.

Your silence about these criminal practices has emboldened the sick souls to undermine the revolution, not only that; rather, the factional system dared to practice oppression, domination, injustice and tyranny, which the revolution had come out to get rid of.

There is no doubt that the failure to adopt a clear political project emanating from the doctrine of Islam, has opened the door wide for the Kafir West to impose a constitution tailored to its size, that preserves its interests and consecrates its occupation of Ash-Sham. And there is no doubt that its failure to take an aware and sincere political leadership gave way to manufactured and linked political entities to hijack the revolution and mount its wave to divert it from its path, as well as it introduced the factional system into the tunnel of conspiracies, truces and negotiations, which paralyzed its movement, lost its will and robbed of its decision; and as a result the great sacrifices were lost.

So, the initiative had to be restored and things must be put into the correct perspective in order to harvest the fruits of the sacrifices of the people of Ash-Sham and place them in the basket of Islam and Muslims, and not in the basket of the Kafir West, its agents, and its tools, so that the Ash-Sham Revolution be able to preserve its constants and achieve its goals.

Allah (swt) says: يَا أَيُّهَا الَّذِينَ آَمَنُوا اسْتَجِيبُوا لِلَّهِ وَلِلرَّسُولِ إِذَا دَعَاكُمْ لِمَا يُحْيِيكُمْ وَاعْلَمُوا أَنَّ اللَّهَ يَحُولُ بَيْنَ الْمَرْءِ وَقَلْبِهِ وَأَنَّهُ إِلَيْهِ تُحْشَرُونَ “O you who have believed, respond to Allah and to the Messenger when he calls you to that which gives you life. And know that Allah intervenes between a man and his heart and that to Him you will be gathered” [Al-Anfal: 24].