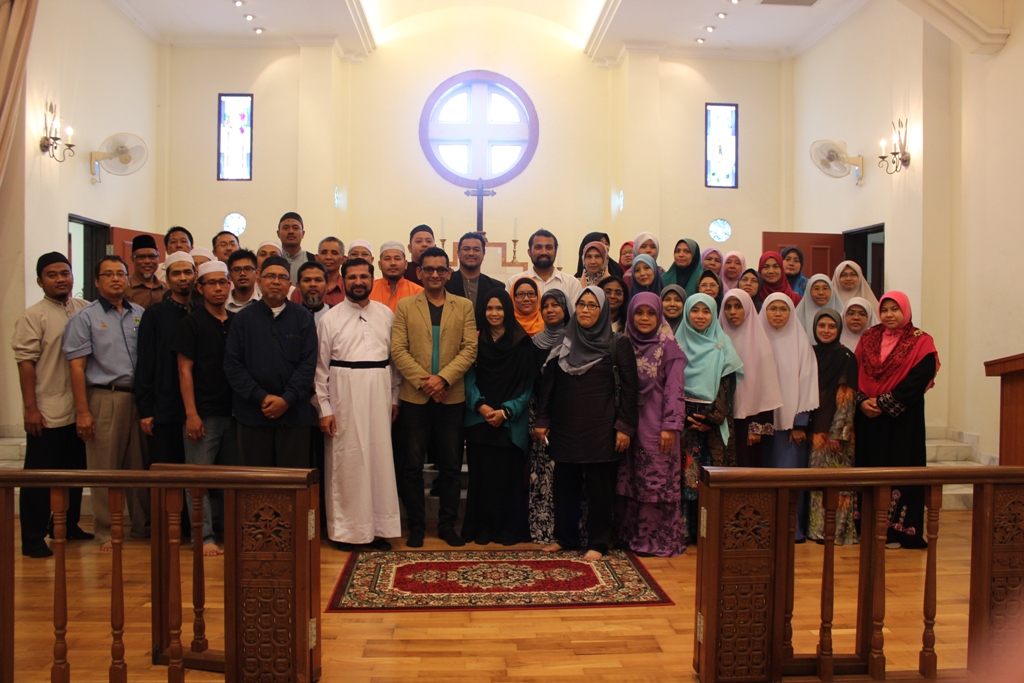 It’s true when the Messenger of Allah ﷺ said, «إِذَا لمَ تَسْتَحْيِ فَاصْنَعْ مَا شِئْتَ» “If you do not feel ashamed, then do whatever you like.” [Narrated by Bukhari]. This hadith contains a deep insinuation in form of warning from the Messenger ﷺ to his Ummah in order not to commit anything prohibited by Allah (swt). In addition, the Messenger ﷺ informed us that anyone without shame will do whatever he wants openly, without even feeling guilty and without fearing Allah (swt), despite the fact that what he does is obviously wrong. This is exactly what the Selangor Islamic Religious Department (JAIS) did to Hizb ut Tahrir. Latest, JAIS inserted the name of Hizb ut Tahrir in the du’a of yesterday’s Friday Khutbah (sermon), replacing the ‘Shia’ that is usually mentioned as a deviant teaching in Selangor.

Apart from being easily accessible on the JAIS official website, many Hizb ut Tahrir members themselves who performed Friday’s prayers around Selangor listened to the sermon entitled “Being smart in managing personal finance” read by the Khatib yesterday. The sermon was issued by the Sermon Unit, Mosque Management Division, JAIS, which contains a du’a which read, “We therefore make du’a to you O Allah…Protect us from deviant teachings such as Qadyani and teachings that have been declared by the fatwa as deviant such as Hizb ut Tahrir”. La hawla wa la quwwata illa billah… Apparently JAIS is never satisfied in attacking Hizb ut Tahrir. After being intellectually defeated in their inability to answer the objection that Hizb ut Tahrir issued against their fatwa, they resorted to using their authority in order to prevent the Da’wah of Hizb ut Tahrir. Not content with all sorts of slander and lies that they perpetrated against Hizb in every funnel and tunnel, they have resorted to arresting and dragging Hizb ut Tahrir members to court. And not content with arresting the Shabab (youths) of Hizb ut Tahrir, JAIS even resorted to arresting the Sisters of Hizb ut Tahrir and will drag them to court as well. It is definitely true when the Messenger ﷺ said that those who have no shame, then they will do anything they like!

JAIS has no shame, even slightly, in tainting the houses of Allah (swt) with the abhorrent slander that they cast on Hizb ut Tahrir. This is not the first time, nor the second time JAIS used the Friday’s pulpit to spread defamation on Hizb ut Tahrir, despite of our numerous reminders to them. JAIS has no shame, even slightly, to lie to the Muslim Ummah that Hizb ut Tahrir is a deviant group, despite the fact that they failed to prove even a single allegation of their fatwa! JAIS has no shame, even slightly to Allah (swt) when they are supposed to exercise the powers entrusted upon them to protect Islam, they curb the works of Islam instead, by defaming an Islamist group which is working day and night to restore Islam comprehensively under the shield of the Khilafah (Caliphate). Starting with this latest sermon, it is not impossible that the name of Hizb ut Tahrir will continue to be mentioned in the future sermons as the shameless people will dare to do anything! It is true when the Messenger of Allah ﷺ said that anyone who has no shame will do whatever he likes (regardless of Halal and Haram).

To those who still have a slight sincerity within JAIS, we call upon you to put an end to all this slander and sin so that you would be able to meet Allah (swt) with tranquility, on a day when all powers, wealth and children are of no use. To those who still want to choose darkness, please do as you wish, do continue to slander Hizb ut Tahrir if that will satisfy you, until your demise invites you. Do use the mosques’ pulpits every week, and if you are still not contented, use the pulpit every day and even five times daily, to cast all your defamation and lies on Hizb ut Tahrir. You have the full power to do so in this world. Therefore, do as you wish, and as you have no shame anymore, just use your power fully until the day you meet the real Lord of Power, The Lord of the heavens and earth!

To the Khatib who recited the sermon and did not mention Hizb ut Tahrir, knowing that Hizb ut Tahrir is not as described, may Allah (swt) reward your righteousness and we pray that Allah (swt) will continue to grant you courage in delivering the truth. To those who read the sermon in full, we pray that Allah (swt) will forgive you should you have no intention to defame Hizb ut Tahrir. We hope that you will not allow yourselves and the sanctity of the houses of Allah (swt) to be tools to your irresponsible superiors. In the meantime, we would also like to remind all the subordinates who follow the command of their superiors blindly, without taking into account Halal and Haram, with your common excuse “We are just following orders”, do realize that your excuse shall not at all save you on the day of Mahshar. Indeed, Allah (swt) says,

“And they will come out [for judgement] before Allah all together, and the weak will say to those who were arrogant, “Indeed, we were your followers, so can you avail us anything against the punishment of Allah?” They will say, “If Allah had guided us, we would have guided you. It is all the same for us whether we show intolerance or are patient, there is for us no place of escape” [Ibrahim: 21].