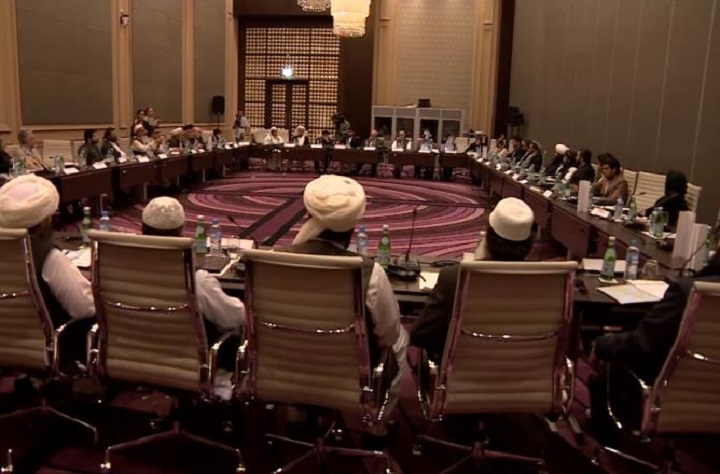 In accordance with the agreement signed at Pugwash Conference in Qatar, the United States left Afghanistan’s Bagram Airfield after nearly 20 years by shutting off the electricity and slipping away in the night without notifying the base’s new Afghan commander. Then Taliban entered the presidential palace after President Ashraf Ghani fled the country amid the Taliban’s rapid advance, which saw the group capture 26 of Afghanistan’s 34 provincial capitals in less than two weeks. It is likely in few days, Taliban will form a new government and establish an Islamic Emirate of Afghanistan as it was during 1996-2001.

During the Pugwash Conference in Qatar, Taliban signed an agreement with America on withdrawal of American and NATO forces from Afghanistan and attempted to characterize a new political picture to the international community. It is noted that, since 2015, Pugwash has organized a series of meetings and consultations with a range of Afghan groups and individuals across the political spectrum to promote dialogue and the exchange of possible ideas toward decreasing violence and conflict inside Afghanistan. The US has mobilized many of its puppets in the region and the Arab world, including Pakistan, Uzbekistan, Qatar, the United Arab Emirates, Saudi Arabia, and including Iran to pressure the Taliban to accept the US conditions in the peace talks. During those conferences, the Islamic Emirate of Taliban committed to respect the Freedom of Expression, Women Rights, good relationship with neighboring countries and international community in term of mutual respect. Moreover, they accepted to honor the pagan organization of the United Nations, the neutral Islamic Conference, and International Law which do not contradict Islamic and national values according to their perspective.

Moreover, the US intends to create distance, disparity and even hostility between the Taliban and non-Afghan Mujahedeen by announcing ideological conditions; that Mujahiddin must separate from Al Qaeda, conform to a secular constitution, Afghan soil should not be used against the US and its allies. These conditions in the agreement explicitly implies that the non-Afghan Mujahedeen should not operate in Afghanistan. As a result, the Taliban are forced to cut ties with al-Qaeda and other armed groups and they should not be allowed to operate in Afghanistan. The Islamic Emirates of Taliban pledged as they are not going to harm other countries and nations, nor they permit others to utilize Afghanistan for their own profit.

It needs mentioning that due to Taliban’s political ignorance and their deep passion toward military campaign alone, have helped America and NATO to utilize them as a device for the war they had started against Muslims. The Taliban are in the level as like our Prophet (saw) who was offered big promises in exchange of dismissing call for Islam in Makkan period. Our Prophet (saw) not only rejected their proposals, but also insisted that he would call for Islam or die for this purpose. We are hopeful that Taliban should learn lessons from the Seerah of the messenger (saw) and shall not be trapped to the hand of Kuffar under the pretext of peace offered from America.

The Taliban needs to understand that, the US has no real intention of bringing peace in Afghanistan because it is trying to integrate them into Democratization and Westernization processes in Afghanistan as what was done with the Northern Alliance and Hekmatyar’s Islamic Party. It is conspicuously comprehensible from the aforementioned facts and pressures that this process, in reality, is merely a political conspiracy to break up, weaken and surrender the Taliban, on the one hand, to end the longest US war in Afghanistan which caused $2 trillion, and on the other hand, to help the US to effortlessly achieve the goals which it has been unable to accomplish over the past twenty years by means of war.

Today, the vital issue, for the Muslims is the re-establishment of a single Islamic Khilafah (Caliphate) state; which will organize Jihad against Kuffar invasion, cutting of all ties with the countries that are actively fighting against Muslims and the replacement of the puppet rulers and regimes in the Muslim world. The formation of mere Islamic emirate will not resolve our vital issue and it diverts the Muslims from serious thinking of establishment of Single Islamic Khilafah state and thereby the concept of Emirate is only assisting the west in the process of preventing the establishment of true single Islamic state which will govern the affairs of the Ummah by the noble Shari’ah of Allah Azza wa Jal.

The Taliban should understand that the ideas and concepts of Islam in the systems of ruling, politics, economics, social, education and others are all complete and ready for practical implementation in the Islamic state. Hizb ut Tahrir has developed a complete conception of the Islamic life, under the Khilafah State, and adopted a draft constitution of this state, of 191 articles, derived with the correct Ijtihad from the Book of Allah and the Sunnah of His Messenger (saw) and sources they referred to: Ijma’ As-Sahaba (consensus of the companions) and Shariah Qiyas (analogy). We call upon the sincere people of power in Afghanistan to join hands with Hizb ut Tahrir and realize that Allah (swt) gives victory to those who give Nussrah to Islam.

“The ˹whole˺ matter rests with Allah before and after ˹victory˺. And on that day the believers will rejoice at the victory willed by Allah. He gives victory to whoever He wills. For He is the Almighty, Most Merciful.” [Surah Ar-Rum 30:04-05]