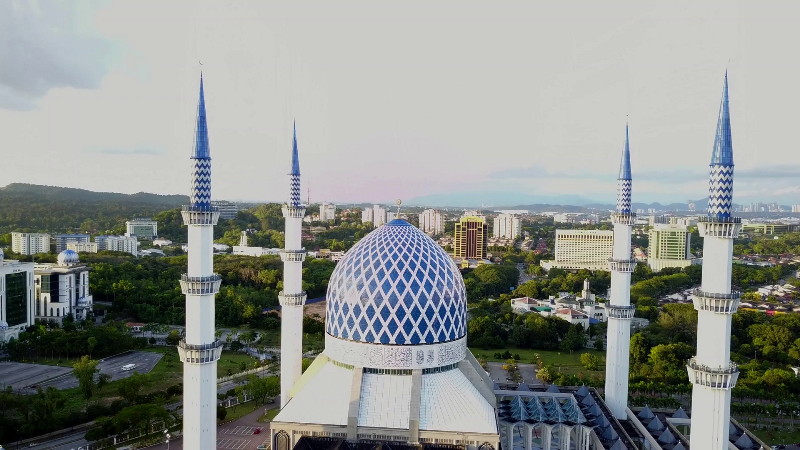 Previously, the Selangor Islamic Religious Department (JAIS) had tainted the pulpits of mosques in the state of Selangor by defaming Hizb ut Tahrir. Now, the Department of Islamic Affairs of the State of Negeri Sembilan (JHEAINS) is perpetrating the exact same thing. Without any shame to Allah (swt), JHEAINS has done a “copy and paste” of the fatwa of Selangor and turned the houses of Allah (swt) to a defamation’s stage to accuse Hizb ut Tahrir as a deviant group. The Friday sermon entitled “The Threat of Deviant Teachings on Muslims” which was prepared by JHEAINS was read out by the sermon readers in the mosques throughout Negeri Sembilan today, which categorizes Hizb ut Tahrir as a deviant group the same with Shi’ah, Wahabi, Liberalism, Millah Ibrahim, anti-Hadith groups and others.

The sermon that listed Hizb ut Tahrir as a deviant organization was read out at a time when the Muslim Ummah in general and the pilgrims in particular, are celebrating the third day of the days of Tashriq. JHEAINS has not only disrespected the purity of the houses of Allah (swt), worse, they disrespected the noble month of Dhu al-Hijjah and this noble day by turning it into a field to sow a disgusting defamation. Accusing a fellow Muslim as deviant is not a trivial matter, let alone when the accusation is made against Hizb ut Tahrir, an international Islamic political party that is working to restore the Shariah and Khilafah across the globe with millions of members and supporters. The Religious Department should have been the disseminator of truth, instead JHEAINS has become an agent of defamation!

O JHEAINS! Where is your dignity and shame? We are certain that it is within your knowledge that Hizb ut Tahrir had held a meeting with the Negeri Sembilan Mufti Department on 28/10/2016 at the HIG Hotel, Langkawi; a meeting initiated by Hizb ut Tahrir in order to prevent the mischief that was about to be carried out by you. We have already explained in the meeting that the fatwa issued by Selangor is full of defamation. During the meeting have handed over to the Negeri Sembilan Mufti Department our official reply to the fatwa which until now has not been answered by the Selangor religious authority. Unfortunately, you have issued the same slanderous fatwa against us by copying, word by word, comma by comma and dot by dot, of the Selangor fatwa! If you have, even a slight of shyness to Allah (swt) or to the people, we believe that you will not issue such a fatwa! How could you possibly engage yourselves in this plainly forbidden (haram) act, when you already know that by copying the fatwa of Selangor verbatim, it was a heinous slander against Hizb ut Tahrir? Fear Allah (swt) O JHEAINS!

O religious authority of Negeri Sembilan! Before all of us face Allah (swt) on the day of Mahshar, we call you to withdraw the said defamatory fatwa against Hizb ut Tahrir. Nevertheless, if you are determined to keep committing mischief on this earth, then, we leave your matters to Allah (swt)! Indeed, we have given you advice and warned you because we wish goodness for you. O beloved sermon readers! Please examine the correctness of the sermon that you are delivering and do not obey blindly the whims of your “employer”. We pray that you do not turn the house of Allah (swt) a place to spread defamation which are evidently prohibited by Him (swt). Seek the pleasure of Allah (swt) in your actions and never seek the satisfaction of men because the men you obey will never be able to save you from the torment of Allah (swt).