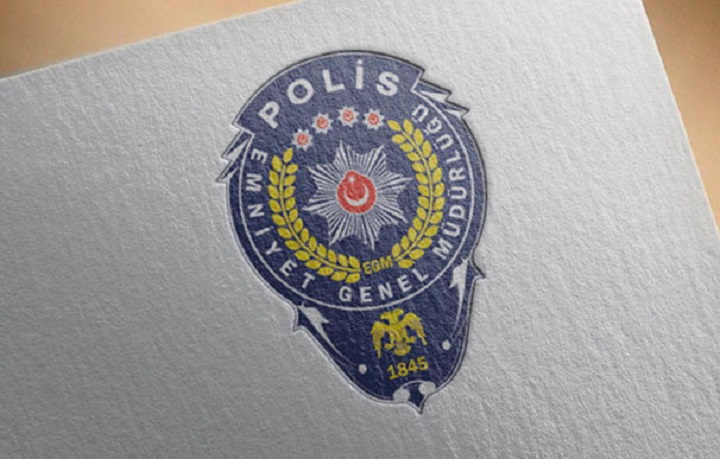 On 05/05/2021, the Public Security Directorate prepared an information memorandum entitled “Searching for a clear source” about Hizb ut Tahrir to be evidence against it in the courts, and in order to raise the degree of alertness in the security units, and has distributed it to the directorates of the Anti-Terrorism Branch of the Security Directorates in 81 Wilayats. And it was stated in the aforementioned information memorandum that on 05/05/2021 a photo signed by the General Command was published on the Telegram account in the name of “Hizb ut Tahrir / Wilayah of Syria,” and that the “military wing (!)” of Hizb ut Tahrir / Wilayah Syria (according to the record) is ready to counter Chinese-made missiles. The report states the following: “It has been identified publications about the organization taking measures equipped with laser particles that can deviate the said missiles from their tracks or impede them.”

Everyone who knows Hizb ut Tahrir knows that what happened on this page is a kind of mockery of Hizb ut Tahrir, which rejects armed conflict, and is limited to pen, ink, paper, printer, computer and press conferences in expressing its thoughts and opinions. It is clear that the page of this account is full of ridiculous sarcasm such as missiles, ships, bullets of paper, printers’ battalions, electronic media shifts, graffiti, evil caricatures, and other endless irrationality! It is clear that the people who created the fake Telegram accounts in the name of Hizb ut Tahrir aimed to vilify the party for its opposition to violence and the use of weapons in a cynical manner. And the resort of those who prepared the memorandum to prove the Hizb’s link to weapons is not more than working in emptiness It remains that the publication in these sources is nothing but a blatant expression of their owners’ exasperation at the intellectual and political stance that is far from violence. The tenacity of forums looking for the calf under the bull, and their undertaking of such an initiative by the Public Security Directorate does not go beyond being a complete scandal for the Ministry of Interior and related state institutions. And if the Director of Public Security had submitted this memorandum to one of its employees who knew the pure and bright history of the Hizb and its unchanging method, and verified its content before sending it to the branches of the Public Security Directorates in the states; it would not have been embroiled in such a scandal. However, its quest to form evidence against Hizb ut Tahrir, and its resort to these posts, in which the purpose of their owners is not hidden, as if it found a treasure; clearly demonstrates its efforts in trying to empty the Supreme Constitutional Court’s decision of a violation of rights (in decisions condemning the Shabab of Hizb ut Tahrir with the stigma of terrorism) from its content with false evidence and false information being submitted to the courts. The Ministry of Interior must therefore carry out its duty and hold accountable those who prepared this information memorandum as the result of bad faith or great ignorance, and open an investigation against those responsible.

While the Public Security Directorate ratifies and circulates these forgeries, the courts of first instance persist in their unfair trials against Hizb ut Tahrir, putting laws and rights under their feet, and ignoring eight separate decisions issued by the Supreme Constitutional Court regarding rights violations. These courts continue to launch a barrage of penalties without finding the need to remove the reason that led to the decisions that there was a violation of rights, and without providing any material and legal evidence linking Hizb ut Tahrir to terrorism, other than memorized cliched stereotyped sentences. And let it be well known here that Hizb ut Tahrir, since its founding in 1953, has not resorted to the use of material force in any of its activities, and will never resort to it, because that contradicts the method of the Messenger of Allah (saw). Let us remember that the Messenger of Allah (saw), was subjected to distortion of his image and many false slanders. You can choose; either to adhere to the scale of truth and justice and not deviate from it, even if it is against you and to your dislike, or imitate the enemies of Islam who do not stop insulting the Messenger of Allah (saw)!