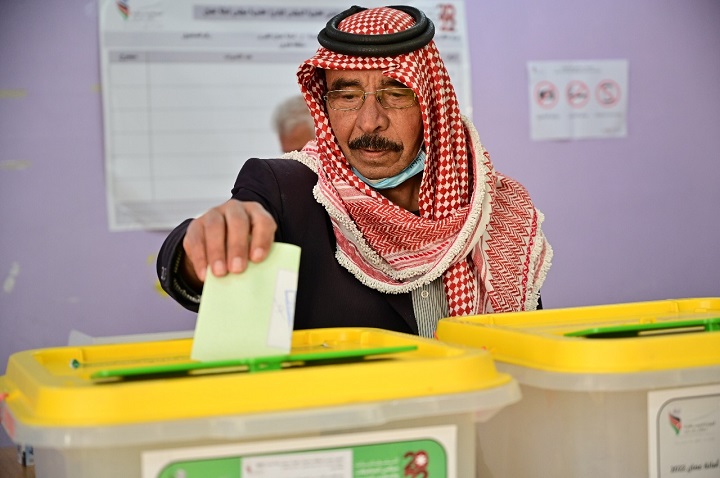 The Jordanian municipal elections, which include governorate councils, municipal councils, and the Amman Municipality Council, will be held on 22/3/2022, according to what the Independent Election Commission announced. The Deputy Prime Minister – Minister of Local Administration – stressed during a speech he delivered at the press conference to launch the national campaign to promote these elections, which was published by Al-Ghad: “that citizens are held responsible for any elections that take place, as the citizen is the one who refrains from going to the polls, and he is the one who chooses who represents him, “and corruption exists anywhere and there is a plan to activate oversight over municipal councils””.

This came amid fears of a great reluctance to participate in the Jordanian municipal elections, as happened in the parliamentary elections. According to the latest opinion poll conducted by the Rasid Center on people’s attitudes to the upcoming elections, about 23 percent of Jordanians intend to go to the polls. In contrast, 60.9 percent of them do not intend to participate in the upcoming elections, which is an indication that they see no value achievable from the elections, whether for lack of integrity or rampant corruption in the administration and governance under the rule of the secular regime, which was admitted by the Minister of Local Administration in the government by saying, “Corruption exists everywhere”, as if it is inevitable.

In this regard, we will explain the Shariah ruling on participating in the municipal elections, which the government of the regime in Jordan calls for:

A- Municipal elections, in terms of services to the people and administrative matters, are permissible according to this origin, but many works have been entrusted to them until they have become, especially in our country, a government organ that deals with government policy and gathers people in support of it, in addition to licensing forbidden matters in Shariah.

B- The reality of the municipality is that it is not independent in itself and performs administrative services. Rather, it is an executive body that is practically affiliated with the government, and the authority obliges it to any political activity it wants, in addition to that it disposes of its money illegally; accordingly, the Shariah ruling for it is not based on the fact that it is an administrative and service institution independent of the political authority, but rather it is linked to the regime’s organs, not only in nominal terms, but in practical terms, so the government can cancel the decisions of the Municipal Council, even if they take them unanimously.

It is clear that these elections take a political character under the current regimes. They take place under the political competition of “partisan” groups or that these parties boycott, as happens with these elections. They are not independent administrative institutions, and the evidence is that the parties are boycotting them, participating in them, or governments call for them because they are linked to state policy, and political competition in them is seen as an indicator for the upcoming parliamentary elections or others, or as a measure of influence in the game of secular politics.

Municipal elections are linked to the secular political ruling that excludes the rulings of Islam from life, elections are a form of representation, and therefore the Shariah ruling in the issue of electoral participation is related to the reality of what the election is held for. If the election is related to actions that are forbidden to do, which is the case here, then participation in the municipal elections is not permissible because it is an authorization to carry out forbidden actions.