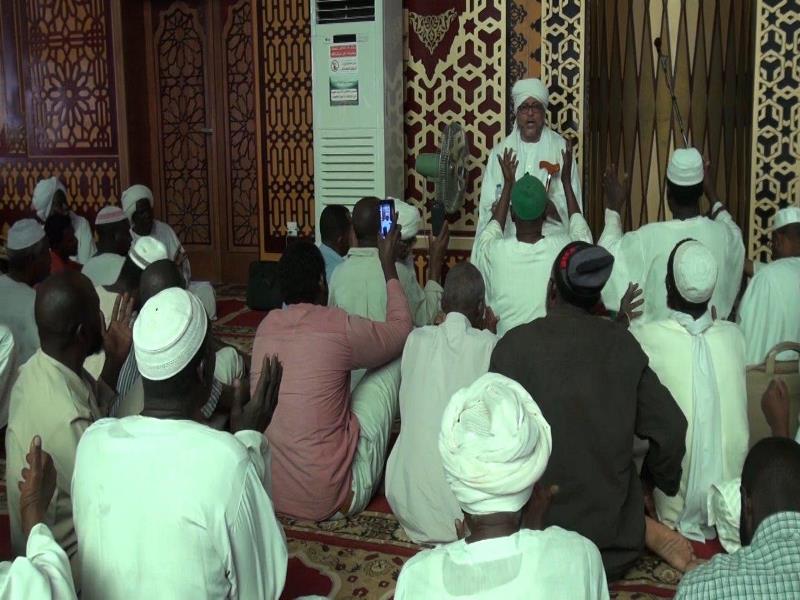 Every concept other than Islam should not be taken as all of them are the concepts of ignorance, though they are seemingly civilised and elevated, such as secularism, the so-called enlightened thought amongst the Western thinkers. There can be no admiration or honor for the Muslims in any alien thought, be it as partial or as a whole which should not be taken even as an atom’s weight. The reason for every calamity which the Ummah had faced since the history of Islam was the taking of alien thoughts other than Islam, such as tribalism, Greek and Indian philosophy, Arab and Turkish nationalism, secularism and others.

Rulers and scholars in the previous Islamic state have exerted their efforts to expel these corrupted thoughts out of the Islamic lands and from the minds of Muslims until the destruction of Khilafah. Since then, the kuffars did not find any shield in front of Muslims to protect them from the Western cultural invasion. And so many Muslims are smitten by the Western thoughts such that some of them say ‘Islam is a peaceful religion like others, ensuring the religious freedom’ and so they denied the killing of apostates, while some others say ‘punishments in Islam such as the amputation of hand and the flogging of adulterers  need to be reformed, as if Islam  is not sufficient so that other thoughts are included and as if humans are above Allah (May Allah forbid us) in organising the affairs of people.

A Muslim never takes any thoughts other than Islam, be it partial or as a whole, since Islam is sufficient and complete and so he will not amaze at any alien thoughts. Allah (swt) says. الْيَوْمَ أَكْمَلْتُ لَكُمْ دِينَكُمْ وَأَتْمَمْتُ عَلَيْكُمْ نِعْمَتِي وَرَضِيتُ لَكُمُ الإِسْلاَمَ دِينًا “This day I have perfected for you your religion and completed My favor upon you and have approved for you Islam as religion” [5:3]

Moreover, Allah (swt) revealed his book as a clarification for everything and he did not leave anything unclarified so that it can be taken from other thoughts as Allah (swt) says. وَنَزَّلْنَا عَلَيْكَ الْكِتَابَ تِبْيَانًا لِّكُلِّ شَيْءٍ وَهُدًى وَرَحْمَةً وَبُشْرَى لِلْمُسْلِمِينَ “And We have sent down to you the Book as clarification for all things and as guidance and mercy and good tidings for the Muslims.” [16:89]

Similarly, a Muslim should take Islam completely and not as partially since Islam is complete and comprehensive. Allah (swt) says, يَا أَيُّهَا الَّذِينَ آمَنُواْ ادْخُلُواْ فِي السِّلْمِ كَآفَّةً وَلاَ تَتَّبِعُواْ خُطُوَاتِ الشَّيْطَانِ إِنَّهُ لَكُمْ عَدُوٌّ مُّبِينٌ‏ “O you who have believed, enter into Islam completely [and perfectly] and do not follow the footsteps of Satan. Indeed, he is to you a clear enemy.” [2:208]

After secular thought had dominated the world, people started to think that they can organise their life affairs without the need for their Creator and so they separated religion from the life affairs. However, the mess up today in their life affairs, be it economic or social, is due to their organisation of life affairs with their incapable minds, indicating that they could not organise the life affairs without the guidance from their Creator who organises all the world and universe where one cannot see any disorder or disparity in them and it is easy for him (swt) to do so. Then how would a man seek to organise their affairs based on their minds while Allah (swt) guides him to with the deen of truth. Allah (swt) says أَفَغَيْرَ دِينِ اللّهِ يَبْغُونَ وَلَهُ أَسْلَمَ مَن فِي السَّمَاوَاتِ وَالأَرْضِ طَوْعًا وَكَرْهًا وَإِلَيْهِ يُرْجَعُونَ “So is it other than the religion of Allah they desire, while to Him have submitted [all] those within the heavens and earth, willingly or by compulsion, and to Him they will be returned?” [3:83]

Also, taking few from other alien concepts is only a destruction to the religion at whole. The main reason for the killing of Uthman bin Affan (ra) was the taking of tribalistic ignorant thought after Iman. The Messenger of Allah ﷺ had established the society which was based on Islamic Aqeeda and he ﷺ had removed all the ignorant thoughts including tribalism from the minds of Muslims. It was therefore that all the companions of the prophet ﷺ did not distinguish people based on their tribes and races. Also, Uthman (ra) appointed the governors and leaders based on their ability to take care of the affairs of people and he did not distinguish between Banu Ummaya, Banu Hashim and others in appointing the governors. However, what caused the killing of Uthman (ra), followed by the series of trials after the killing, was that some people had taken and preferred the tribalistic thought over Iman. Had it not been the efforts of truthful rulers like Ali bin abi Talib (ra) to suppress the trials after the killing, Islam would have been restricted to where it emerged and more openings of the lands would have not occurred.

Similarly, when Islam reached to different lands, it was only natural for Islam to have intellectual struggle with other thoughts and religions. However, what caused to leave the right method of intellectual struggle was the influence of other thoughts such as Greek philosophy over some Muslims, which in turn led to great ordeal in the minds of Muslims. Had it not been the efforts of sincere scholars like Imam Ghazzali to confront these corrupt thoughts, Islam would have been mingled with other thoughts. Similarly, the nationalistic chauvinism and seeking independence, like Arab and Turkish nationalism, had greatly impacted the destruction of Khilafah in the last century. Today many kuffar wish the Muslims to apostatize by taking thoughts other than Islam and so they want to confuse the Muslims with secular thoughts. There is a warning for the Ummah from the perspective of sharia and history of not to take any alien thoughts so that they would not turn into disbelievers after they have believed with the guidance of Allah.

“And whoever desires other than Islam as religion – never will it be accepted from him, and he, in the Hereafter, will be among the losers. How shall Allah guide a people who disbelieved after their belief and had witnessed that the Messenger is true and clear signs had come to them? And Allah does not guide the wrongdoing people.” [3:85, 86]