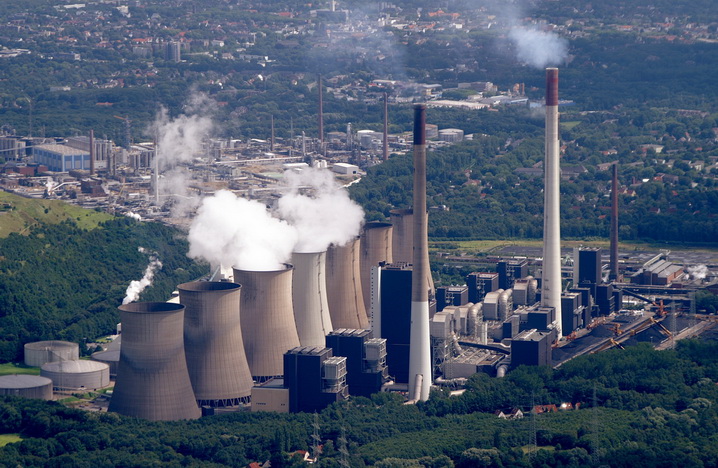 Germany plans to stop all coal thermal power plants till 2038. DW reports that this will cost 40 billions euro for Germany. Decision to accelerate transfer to clean energy was approved for Germany to implement national and international goals on climate saving. (zn.ua)

At the same time, it is wrong to assume that this prosperity can be reached only by implementing capitalism and democracy. By no means, capitalism and democracy do not own a monopoly on high life standards, science discovery, political or economic leadership. It is worse to mention that this European prosperity is reached by plundering Muslim countries’ resources that could not be achieved without the hypocritical support of tyrant rulers that are imposed on Muslim countries.

We should mark that this prosperity is guaranteed by the presence of state institutions that are built on ideology. When Muslims had their own state built on Islamic ideology headed by the Khalifah, who lived according to Muslim interests and aspirations pushed by the responsibility to his position, similar care was present for all citizens of that state, Muslims or non-Muslims, and even for animals. For instance, in the Ottoman Khilafah, there were state institutions like modern veterinary services, who cared about ill animals and supplied them ith medical aid. Even now among Muslims of Turkey, there is a custom that takes origin from the Ottoman Khilafah according to which in winter, Muslims strew seeds in forests for wild animals not to die of starvation.

It is important to mention that this took place in a state that was very weak that had many omissions in understanding, implementing and spreading of Islam; this state was no more a leading superpowerand was named in Europe as the “sick man”.

During the Islamic history, the Muslim Ummah was led by rulers who wanted to be like Umar bin Al-Khattab (ra) in his care not only about citizens, but even animals. Umar severely condemned people who overworked saddle and pack animals, or badly fed them and looked after. Once, Umar sent his servant, Yarfa, for fish. And when Yarfa returned with fish, Umar saw that his camel was dripping with sweat and was exhausted. Then Umar said: “An animal suffered from Umar’s desire. I swear with Allah that Umar will not eat this fish.”

This is the attitude of true Muslim rulers towards animals, as for their attitude to the rights of own citizens, Muslim or non-Muslims, – it was more determined in providing the best of living standards. Inviolability of life, property and honour of the Islamic state’s citizens, care about their needs, small or big, were derived from an invariable base from the Islamic texts of Holy Quran and Noble Sunnah. I will list only three ahadith:

The Prophet ﷺ also said: «أَلَا مَنْ ظَلَمَ مُعَاهِدًا، أَوِ انْتَقَصَهُ، أَوْ كَلَّفَهُ فَوْقَ طَاقَتِهِ، أَوْ أَخَذَ مِنْهُ شَيْئًا بِغَيْرِ طِيبِ نَفْسٍ، فَأَنَا حَجِيجُهُ يَوْمَ الْقِيَامَةِ» “Beware, if anyone wrongs a contracting man, or diminishes his right, or forces him to work beyond his capacity, or takes from him anything without his consent, I shall plead for him on the Day of Judgment.“ Muslim rulers who were educated on such Islamic texts were the embodiment of authentic care for their citizens regardless of their religion, colour or status in society.

As for the present situation of Muslim states, now we have rulers that aim only for self-enrichment. These so-called rulers sell our interests, organize internal wars between Muslim nations for the sake of the Western countries’ interests. Instead of being a shield for their own people, they, in contrary, are the main weapon of the West against us. The blood of Muslims has no value for these rulers, and as a result, they will not care about implementing in Muslim countries ecologically pure types of energy. Their only concern is self-enrichment and agent-propped maintenance, which can be reached in their minds only by implicit submission to major colonial states like the US, Britain, France, Russia and China. The Messenger of Allah ﷺ warned us about such rulers in the following hadith narrated by Abu Huraira: «سَيَأْتِي عَلَى النَّاسِ سَنَوَاتٌ خَدَّاعَاتُ، يُصَدَّقُ فِيهَا الْكَاذِبُ، وَيُكَذَّبُ فِيهَا الصَّادِقُ، وَيُؤْتَمَنُ فِيهَا الْخَائِنُ، وَيُخَوَّنُ فِيهَا الْأَمِينُ، وَيَنْطِقُ فِيهَا الرُّوَيْبِضَةُ، قِيلَ: وَمَا الرُّوَيْبِضَةُ؟ قَالَ: الرَّجُلُ التَّافِهُ فِي أَمْرِ الْعَامَّةِ» “People will indeed be faced with years of deceit; wherein the liars will be vouched as truthful, traitors will be trusted, where the trustworthy will be cheated and wherein those “Ruwaibadah” will be in positions of authority, people asked him what is Ruwaibadah? He ﷺ said: the “negligible” man who will interfere in people’s affairs.”

This plighted situation will continue until the Second Righteous Khilafah on the method of the Prophethood will appear in Muslim lands. And only after that all citizens, Muslims and non-Muslims, and even animals will enjoy the care of this state, which will be the beacon of justice, political and economic leadership in the world.