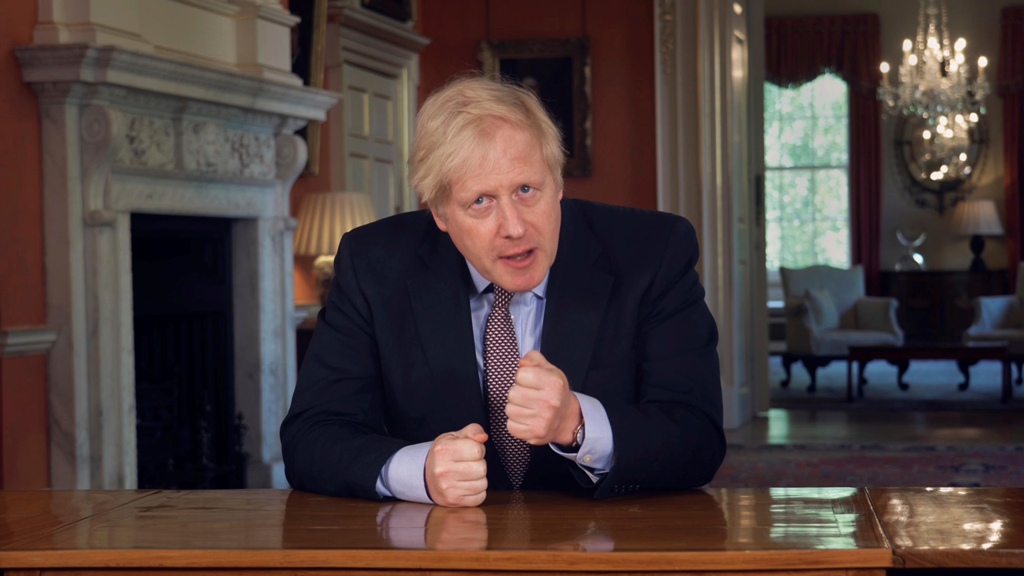 Government actions and messages about the coronavirus expose the underlying capitalist driving force which is concerned mostly about the interests of the wealthy elite, not the lives, livelihood or health of the poor and ordinary people of the world. They have gone from deliberate neglect of the National Health Service (NHS) and callous inaction as the virus spread, to a panicked lockdown to protect the NHS, as it was by now ill prepared to protect the people; all justified with a slogan to save lives. With the scandalous lack of early quarantine, lack of testing, lack of equipment, and reckless neglect of the most vulnerable in care homes, one must question how high on the list of priorities saving lives really was.

Suddenly the message has changed. Now we are told to be alert and vigilant to control the virus, again to save lives. Have those lives really become more important, or has the patience of the wealthy elite started to run out, as their business interests are increasingly being sacrificed?

As an emergency measure the lockdown may have saved lives in the short term, but it is clearly not sustainable. Now we must question the thoughts and values that will shape the societies of the world moving forward, as we examine those that drove the decisions that led us into this crisis born out of carelessness.

Whenever a people adopt secular thinking to guide their actions, selfishness is not far behind. To counteract pure individualism politicians in secular societies must attempt to generate a public opinion which praises personal sacrifice for the greater good. As the basis of such a society’s thinking is secular, worldly benefit is the main criteria for right and wrong, so the politician must appeal to the people’s understanding of the greater benefit, even if it involves a sacrifice for the individual. The wealthy elite who own the corporations, lobby the politicians and control the media work tirelessly to ensure that whatever is in their own interests is sold to the people as being for the greater good, whether through job creation or token public expenditure on infrastructure and healthcare, for example.

Secularism is an individualistic thought that inherently lacks solutions to life’s problems, other than as a competition between benefits and harms that individuals must evaluate for themselves; or allow other more powerful individuals to evaluate for them. Invariably the powerful elite manipulates public sentiment to ensure that their interests appear to coincide with the interests of everyone else, or at least the majority of them.

Such a secular system gives rise to many contradictions. Individuals are complex beings, influenced by spiritual, moral and humanitarian values, as well as material benefit. However secular politicians loathe to give much weight to other values which will undermine the material interests which underpin most of their policies and actions, and fraudulent schemes. The banking sector is given a free reign and big corporations can ignore environmental concerns, as the greater benefit to the economy wins every time. Lives deemed worthy of saving are those close to home, while lives overseas are hardly worth consideration, if they get in the way of colonial projects.

Islam is the way of life revealed to humanity by our Creator, Allah (swt). Instead of leaving humankind to prioritise values themselves, according to what they see of material benefit, Islam gives detailed guidance to individuals and society to ensure that neither materialism nor ascetic spiritualism dominate, which will lead to misery and corruption in either case.

Allah (swt) says in the Quran: أَلَا يَعْلَمُ مَنْ خَلَقَ وَهُوَ اللَّطِيفُ الْخَبِيرُ “Does He who created not a then know? He is the All-Pervading, the All-Aware.” [Al-Mulk: 14]

Muslims must reject all forms of secular thought, as it ruins the pure Islamic thoughts rendering them distorted and incapable of serving as a guide to humanity which is so obviously in need of guidance. Accepting to secularise even small parts of Islam; adopting individualistic solutions while ignoring Islamic political, economic and societal systems; will only lead to failure in this life and the next. It is only the pure Islamic way of life that show humankind how to prioritise their values, how to solve fundamental human problems, and how to find peace and tranquillity in this life and the next.

“And We have sent down to you the Book making everything clear, as a guidance, and mercy, and glad tidings to those who submit.” [Al-Nahl: 89]