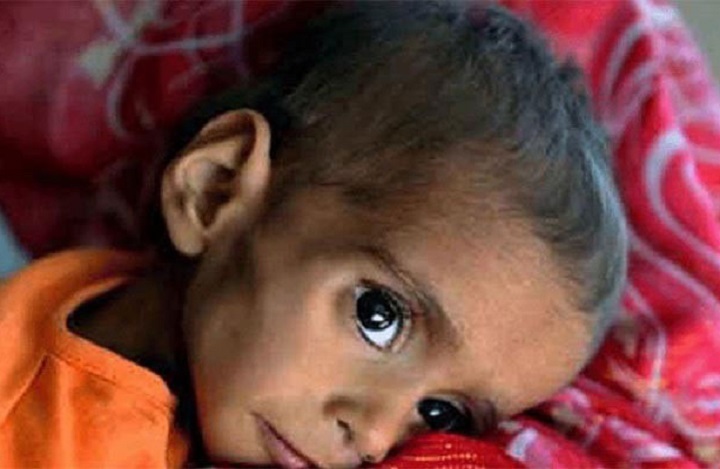 A harrowing report of over 36 child deaths in district Tharparkar, caused by various diseases in the first month of 2022, has opened a can of worms for the provincial government. (Tribune Pakistan)

Comment:
According to the record of the Tharparkar Health Department, over 600 newborn babies died in the preceding year, 2021. These deaths were mainly a product of unavailability of health care and poor nutrition. As we all know that life revolves around water, Thari people spend a major part of their day in search of clean drinking water, and in this, their clean is different than normal clean.

There are different sources they use, like collecting rain water and deep dug wells. Because of constant use of ground water with high fluoride, fluorosis has become an epidemic in Thar, leading to dental fluorosis, joint deformations, and thyroid and kidney problems. This results in malnourished adults producing and raising (if they survive) malnourished children. The Tharparkar district has an estimated population of 1.6 million, spread over 22,000 square kilometres. Water shortage is a major problem of this area. And dug-wells have been found to be the only sustainable source of groundwater. They have been surviving on contaminated, saline and untreated groundwater. Their day begins with carrying water pitchers, which they fill from stored rainwater or small natural tanks, after walking over 3 kilometres in the scorching heat.

Different governments over the years have politically used the drought, hunger and deaths of Thari people for their own gain. Water projects were announced which never reached to completion; absence of medical facilities add fuel to the fire and seeking medical help can cost people who have to cover long distances and spend a good amount of money. In 2021, the Supreme Court took notice of the deaths of children, and observed that no doctor, medicine or health facilities were available in the hospitals of Tharparkar, which shows a complete disconnection of the Government from the people.

People of this Ummah feel the pain of their brothers and sisters and we see many individuals and organisations working for Thari people. Private medical camps are set by the people and aid is also provided but of course these cannot meet the requirement. This way people end up paying twice, first to the Government in the form of taxes and second for directly helping the Tharis. This issue needs a proper plan and is not unsolvable, Tharparkar is the only fertile desert in the world and according to the geological survey of Pakistan Thar Coal reserves are estimated to be approximately 175 billion tons, making it one of the largest lignite coal reserves in the world. If these reserves are used honestly then not only they can help solve the energy problems of Pakistan, in return they can arrange for a dignified life for the Thari people. Even if there were no coal reserves, and making canals for helping Thar people was not possible, responsibility of the Government to save the lives and livelihoods of its people remains.

In Islam, the Ruler is one for the whole of the Muslim Ummah, regardless of race or area of residence. Only under the shade of Khilafah (Caliphate), we will see relief for the Ummah in all aspects of life. Public properties will be used for public benefit. Khalifah will appoint walis and those walis will be responsible for their area. Khalifah himself will follow the pattern of the rightly guided Khalifah Umar Bin Al-Khattab, whose period of rule was the longest of the first four Khulafa’a Rashideen. He was well known for his strong sense of responsibility in taking care of the affairs of the Muslims. He would patrol at night to make sure the people were well taken care of. May Allah grant us with a righteous ruler.

“Any slave whom Allah makes him in charge of subjects and he dies while he is not sincere to them, Allah will make Jannah unlawful for him.” [Al-Bukhari and Muslim]. Another narration is: Allah’s Messenger (saw) said,

«فَلَمْ يَحُطْهَا بِنُصْحِهِ لَمْ يَجِدْ رَائِحَةَ الجَنَّة» “He who does not look after his subjects with goodwill and sincerity, will be deprived of the fragrance of Jannah.” A narration in Muslim is: Messenger of Allah (saw) said,

“A ruler who, having control over the affairs of the Muslims, does not strive diligently for their betterment and does not serve them sincerely, will not enter Jannah with them.”