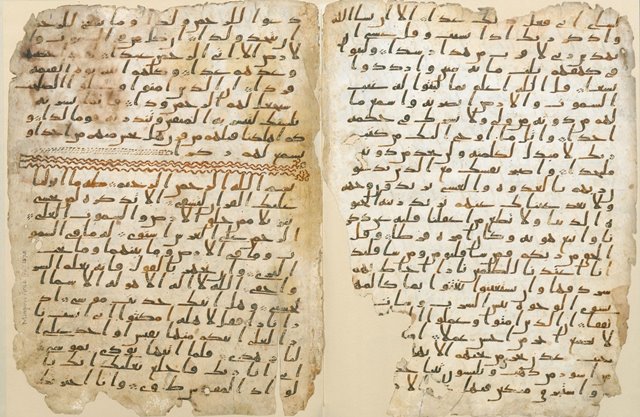 The will and wisdom of Allah decreed that our master Muhammad ﷺ is the seal of the Prophets and Messengers, and his message is a universal message that is eternal for all humankind. Allah (swt) said: وَمَا أَرْسَلْنَاكَ إِلَّا كَافَّةً لِّلنَّاسِ بَشِيراً وَنَذِيراً “And We have not sent you except comprehensively to mankind as a bringer of good tidings and a warner.” [Saba: 28] And that this Deen is the Truth that eliminates the falsehood, and the good that destroys evil, At-Tabari says in his Tafseer of the verse: هُوَ الَّذِي أَرْسَلَ رَسُولَهُ بِالْهُدَى وَدِينِ الْحَقِّ لِيُظْهِرَهُ عَلَى الدِّينِ كُلِّهِ وَكَفَى بِاللَّهِ شَهِيداً “It is He who sent His Messenger with guidance and the religion of truth to manifest it over all religion. And sufficient is Allah as Witness” [Al-Fath: 28].

(Allah Ta’ala means by His saying: هُوَ الَّذِي أَرْسَلَ رَسُولَهُ بِالْهُدَى وَدِينِ الْحَقِّ “It is He who has sent His Messenger with guidance and the religion of truth” [At-Tawba: 33]

That it is He who sent His Messenger Muhammad ﷺ with clear proof, Deen of Truth, which is Islam, to call His creations to follow it. لِيُظْهِرَهُ عَلَى الدِّينِ كُلِّهِ “to manifest it over all religion” [At-Tawba: 33]

He said: by sending this Deen it destroys all beliefs, so that there is no other Deen present but this one. This will be the case until Isa ibn Maryam descends, and kills the Dajjal. Then all beliefs will be invalid except the Deen of Allah sent to Muhammad ﷺ, and Islam will prevail over all religions. And His saying وَكَفَى بِاللَّهِ شَهِيداً “Say, “Sufficient is Allah as Witness” [Al-Isra: 96].

He said: Allah praised His Prophet ﷺ: that Allah promised you Muhammad to make this Deen that He sent to you dominant. وَكَفَى بِاللَّهِ شَهِيداً “Say, “Sufficient is Allah as Witness” [Al-Isra: 96] And he said: it is sufficient that He is the witness.)

Allah has completed His Deen and perfected His message. He left nothing missing for people to complete or create. Allah (swt) says: الْيَوْمَ أَكْمَلْتُ لَكُمْ دِينَكُمْ وَأَتْمَمْتُ عَلَيْكُمْ نِعْمَتِي وَرَضِيتُ لَكُمُ الْإِسْلَامَ دِيناً “This day I have perfected for you your religion and completed My favor upon you and have approved for you Islam as religion. But whoever is forced by severe hunger with no inclination to sin – then indeed, Allah is Forgiving and Merciful” [Al-Ma’ida: 3].

And He (swt) also says: وَنَزَّلْنَا عَلَيْكَ الْكِتَابَ تِبْيَاناً لِكُلِّ شَيْءٍ وَهُدًى وَرَحْمَةً وَبُشْرَى لِلْمُسْلِمِينَ “And We have sent down to you the Book as clarification for all things and as guidance and mercy and good tidings for the Muslims” [An-Nahl: 89]. The rules of Islam and its legislations have come to meet the needs of man in terms of man and organizes his relationship with His Lord through creed and worships, and his relationship with himself in the foodstuff and clothing, and his relationship with other people in ruling, transactions, marriage and judiciary.

The doctrine of Islam and its legislations are based on the separation between truth and falsehood, and it seeks to change societies radically, including doctrines, ideas, customs and corrupt systems, with no patchwork, pleasing, or involvement in the status-quo. Indeed, since the first day the Prophet ﷺ began to propagate his call, he addressed people with firmness and confidence. And he faced Kufr and the Kuffar with power, firmness, and complete boldness. He presented a challenging call, and the Qur’an came down with verses attacking the thoughts, gods and miserable way of life of the Kuffar, and mocks their traditions and customs. When it referred to the idols, Allah says: إِنَّكُمْ وَمَا تَعْبُدُونَ مِنْ دُونِ اللَّهِ حَصَبُ جَهَنَّمَ أَنْتُمْ لَهَا وَارِدُونَ “Indeed, you [disbelievers] and what you worship other than Allah are the firewood of Hell. You will be coming to [enter] it” [Al-Anbiya: 98].

And when Allah referred to their blind following of their forefathers and sanctifying what they inherited from them, Allah says: وَإِذَا قِيلَ لَهُمْ اتَّبِعُوا مَا أَنزَلَ اللَّهُ قَالُوا بَلْ نَتَّبِعُ مَا أَلْفَيْنَا عَلَيْهِ آبَاءَنَا أَوَلَوْ كَانَ آبَاؤُهُمْ لاَ يَعْقِلُونَ شَيْئاً وَلاَ يَهْتَدُونَ “And when it is said to them, “Follow what Allah has revealed,” they say, “Rather, we will follow that which we found our fathers doing.” Even though their fathers understood nothing, nor were they guided?” [Al-Baqara: 170].

And When Allah discussed the corrupt transactions; Allah spoke of cheating in the measures: وَيْلٌ لِّلْمُطَفِّفِينَ * الَّذِينَ إِذَا اكْتَالُوا عَلَى النَّاسِ يَسْتَوْفُونَ * وَإِذَا كَالُوهُمْ أَو وَّزَنُوهُمْ يُخْسِرُونَ “Woe to those who give less [than due], * Who, when they take a measure from people, take in full.* But if they give by measure or by weight to them, they cause loss.” [Al-Mutaffifin: 1-3].

When they offered the Prophet to leave his call, the response was decisive: «يَا عَمُّ، وَاَللَّهِ لَوْ وَضَعُوا الشَّمْسَ فِي يَمِينِي، وَالْقَمَرَ فِي يَسَارِي عَلَى أَنْ أَتْرُكَ هَذَا الْأَمْرَ حَتَّى يُظْهِرَهُ اللَّهُ، أَوْ أَهْلِكَ فِيهِ مَا تَرَكْتُهُ» “O! My Uncle, even if they put the sun in my right hand and the moon in my left, I will not give up this mission until Allah make it prevail or I die.” Then the tribes accepted to give him support (Nusra) to establish the state on condition that they take the rule after him. He ﷺ did not accept that. Because Allah’s law does not accept compromise in its implementation and sovereignty, and the rule of Islam are not flexible so that it is bent to conform to reality and answers the benefit, and some of it is taken while the other is rejected. أَفَتُؤْمِنُونَ بِبَعْضِ الْكِتَابِ وَتَكْفُرُونَ بِبَعْضٍ فَمَا جَزَاءُ مَن يَفْعَلُ ذَٰلِكَ مِنكُمْ إِلَّا خِزْيٌ فِي الْحَيَاةِ الدُّنْيَا وَيَوْمَ الْقِيَامَةِ يُرَدُّونَ إِلَىٰ أَشَدِّ الْعَذَابِ وَمَا اللَّهُ بِغَافِلٍ عَمَّا تَعْمَلُونَ “So do you believe in part of the Scripture and disbelieve in part? Then what is the recompense for those who do that among you except disgrace in worldly life; and on the Day of Resurrection they will be sent back to the severest of punishment. And Allah is not unaware of what you do.” [Al-Baqara: 85]

And the rules of Islam are not evolving to be changed and altered whenever circumstances change so that Allah’s law changes to the change of time or place. The Sahaba (ra) understood this meaning; Abu Bakr al-Siddiq fought a war against the apostates. He said, “By Allah, I will fight those who distinguished between prayer and zakah, and by Allah, if they would prevent me from taking a goat (for zakah), they gave to the Messenger of Allah, I will fight them for not giving it.” This does not mean that Islam has no solutions to the emerging problems that exist in the lives of human beings. Rather, the Shariah came in more general texts and rulings, more than specific and restrictive texts, so that the jurists can extract Shariah rulings on the emerging issues after studying their reality.

Islam is not divided as extreme and moderate, but Islam, which Allah (swt) revealed to his Prophet is one and its rules are clear in the Qur’an and Sunnah, but these labels came to mislead people and distract them from their true Deen. “Moderate Islam” is intended to be Islam by the standard of Western countries, especially America. They want Islam to be reduced to a spiritual Deen that has no systems and a state emanating from it, and accepts the legislation of man, not Allah’s. “Radical Islam” is intended to distort the image of Islam and associates it with death and destruction to repel people from it, as well as to tarnish the image of a Muslim who adheres to the rulings of his Lord, who does not accept a compromise on them.

By promoting these misleading concepts of Islam and its rulings, they want to make Islam conform to the rules of Kufr, rendering Islam and Muslims without a clear identity, and that Islam and Muslims do not return to take over and lead the world again, because the Kuffar understand that the return of Islam to power under a state means the extinction of their civilization and the collapse of their countries, as what happened with Persia and the Romans before, and the people and nations will be in the melting crucible of Islam and rule by its rules, and will lead to the return of the Islamic state as the leading undisputed country in the world. But they plot and plan and Allah plots and Allah is the best of the planners, and Allah’s promise to us of empowerment and succession (in ruling) will be achieved, Allah willing.